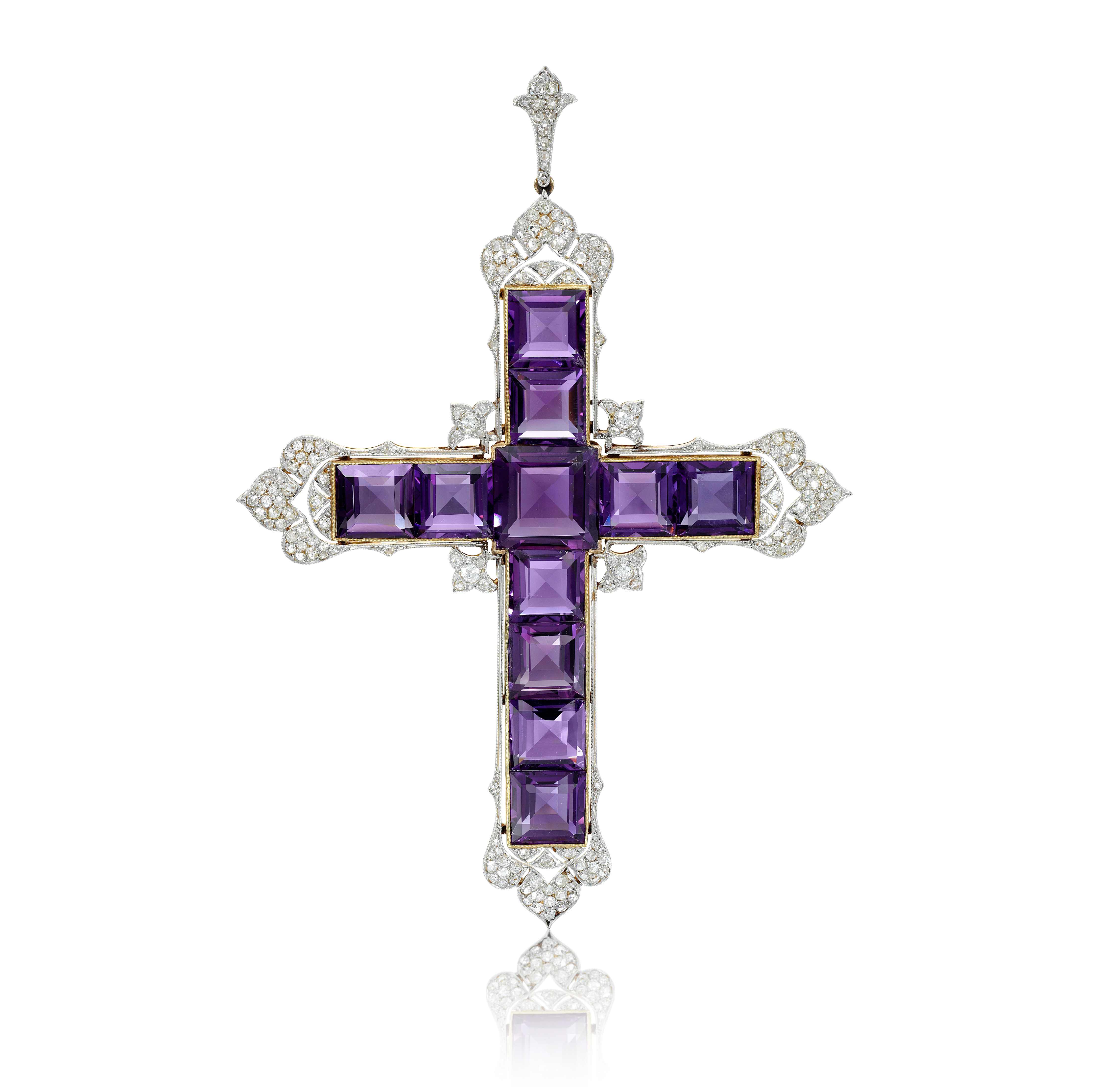 Garrard | Amethyst and diamond pendant, circa 1920

The Fleurée cross set with square-cut amethyst and accented by circular-cut diamonds.

Accompanied by a document from Garrard.

During the late 80s Diana, Princess of Wales, became known for bolder fashion choices reflecting how she had begun to take autonomy in her life. It was during this period, in 1987 that Garrard lent her this distinct and eye catching early 20th century amethyst and diamond cross to pair with an exquisite baroque style purple and black velvet Catherine Walker & Co dress, for a function held at the jewellers in support of Birthright, a charity which strives to protect human rights during pregnancy and childbirth. Her newfound style was a bold departure from her previous more romantic fashion choices. The Chelsea-based bespoke atelier, Catherine Walker & Co was beloved by Diana and remains popular amongst other members of the Royal Family. When working with Diana, Princess of Wales, they aspired to design to clothes that did not outdo Diana, rather they are “suitable for the role they are playing and… match up to the power they have”, according to Said Cyrus, one of the founders of Catherine Walker & Co.

Diana’s relationship with Garrard was long-standing, having selected her infamous sapphire and diamond engagement ring from the then Royal Jeweller in 1981. Over the years, she would go on to collaborate with Garrard, borrowing her favourite amethyst and diamond cross on many more occasions, as recalled by Ramsay Attallah, whose father, Naim Attallah, CBE (1931-2021) was joint managing director and eventually group chief executive of Asprey & Garrard. It was under his patronage that Garrard saw continued growth and success, remaining crown jewellers until 2007. As good friends of the Princess, Attallah acquired the cross shortly after her death and it has remained with the family, unworn, ever since. Sotheby’s is proud to present this incredibly rare piece of royal history in the Royal and Noble sale.