Property of a Distinguished American Collection 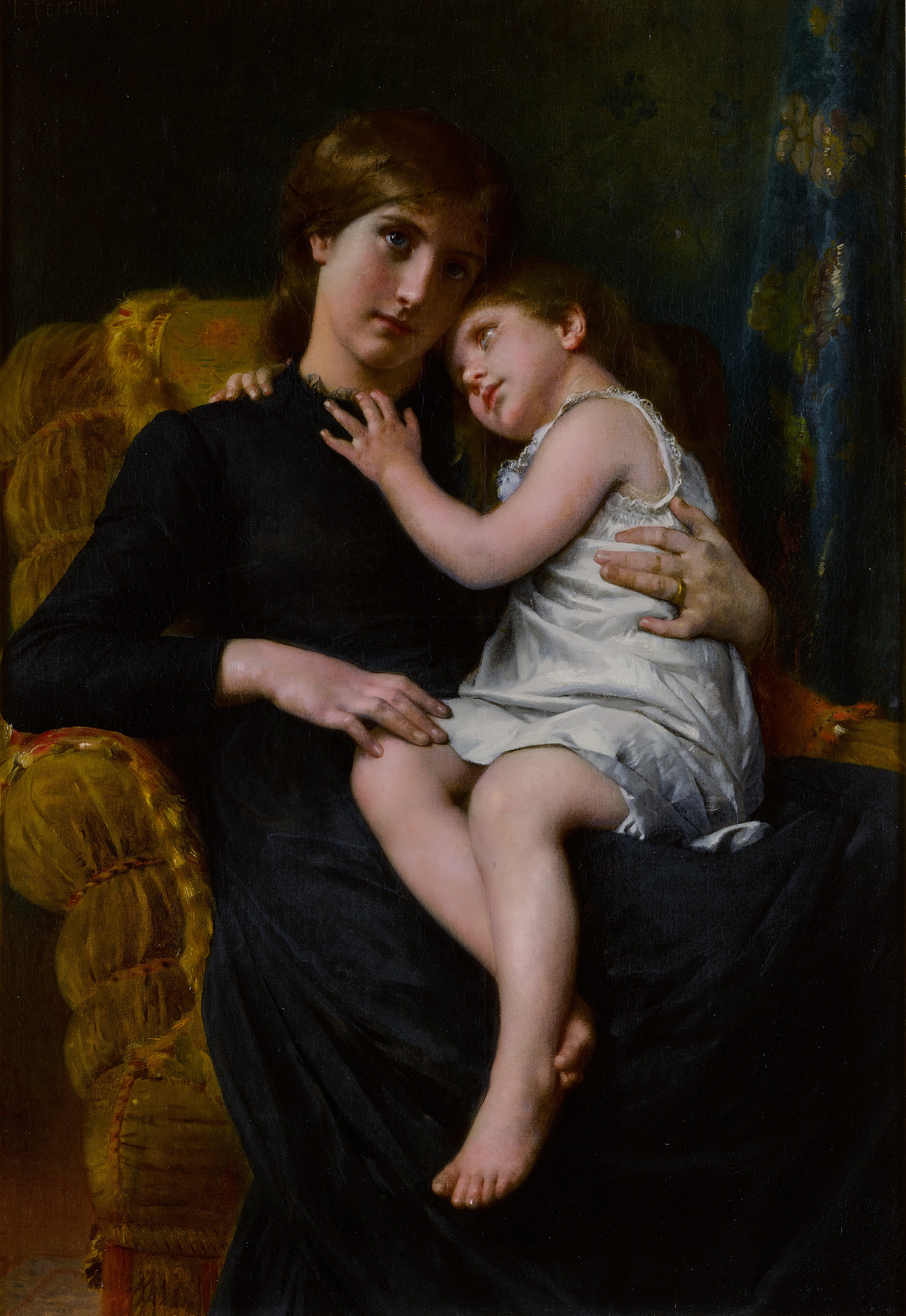 Property of a Distinguished American Collection

For further information on the condition of this lot please contact audrey.brennan@sothebys.com
Edward Burgess Butler, Pasadena, California
His sale: Sotheby's, New York, 23 May 1997, lot 341
Acquired at the above sale by the present owner
Born in Poitiers, France, Léon-Jean-Basile Perrault first studied painting in the studio of Edouard Picot and then at the École des Beaux-Arts under William Bouguereau, the leading Academic painter of his day. This familial subject recalls Bouguereau's tender scenes of mother and child in a warm embrace.

The present work was once in the collection of Edward Burgess Butler (1853-1928), an American businessman, philanthropist, artist and first president of the Pasadena Society of Artists. He founded Butler Brothers department stores in 1877 with his brothers George and Charles Butler. With the success of this venture, Butler amassed a large collection of paintings, many of which he later donated to the Art Institute of Chicago.