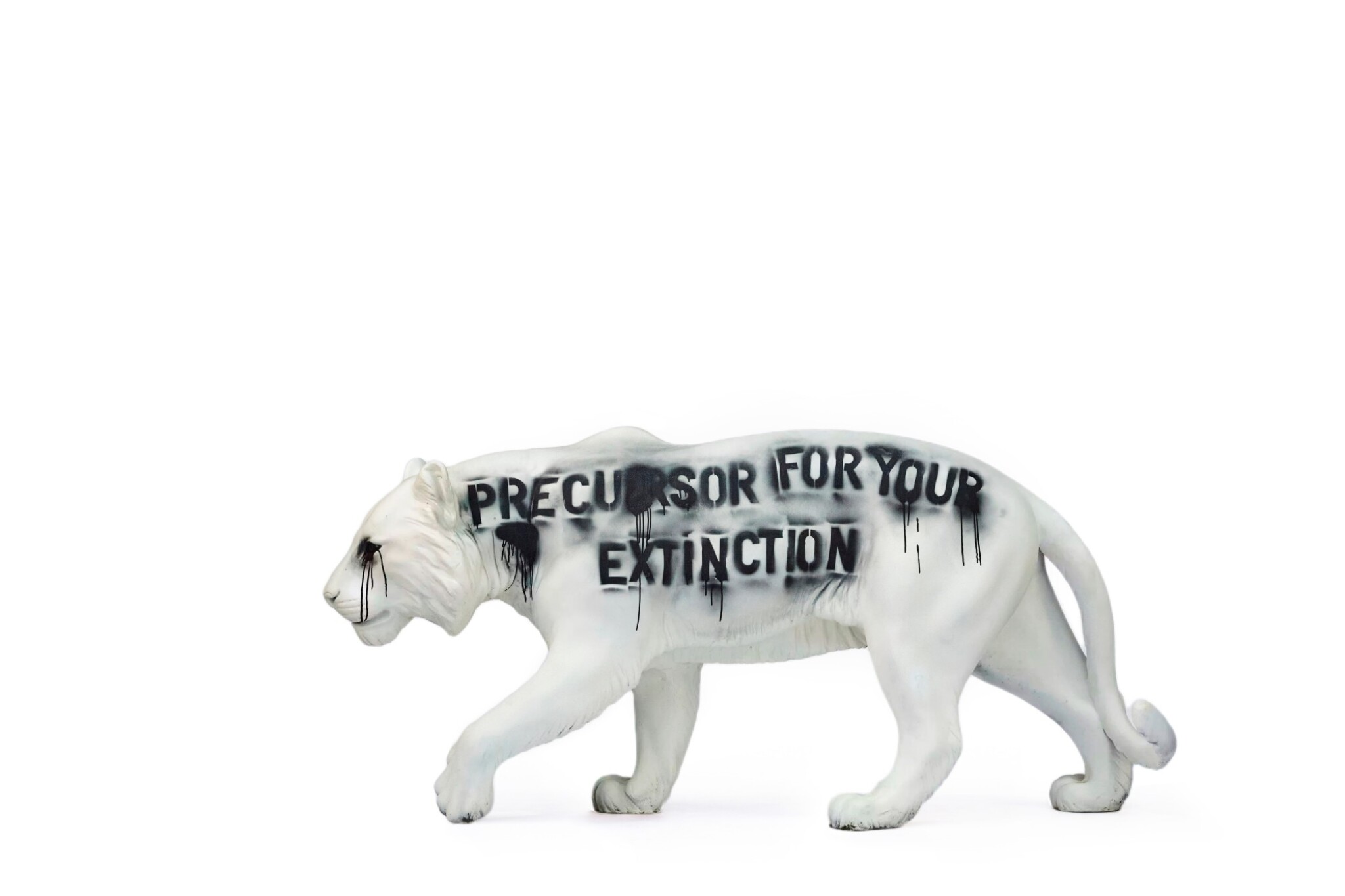 My extinction is just a precursor for your extinction

CONCEPT OF ARTWORK
How do we address the false altruistic sentiments of those who oppose the extinction of ‘exotic’ specimens, whilst prolonging exploitation in other forms of human activity? Is the extinction of one class of animal worse than the domestic overbreeding of other animals for mass consumption? ‘My extinction is just a precursor for your extinction’ aims to remind us of this paradox.

ABOUT JAKE CHAPMAN (UK)
Jake is one half of the Chapman brothers, British visual artists whose shocking, collaborative projects incorporate plastic or fibreglass models depicting gruesome scenes of Nazi soldiers, McDonald’s characters, skeletons, dinosaurs, and other oddities. They were central members of the group Young British Artists, much celebrated worldwide - along with Tracey Emin, Liam Gillick and Damien Hirst. They exhibited in 1997 in the influential exhibition "Sensation", which presented works of the Young British Artists from the entrepreneur Charles Saatchi's own collection. Turner Prize nominees, in 2003, their painting One Day You Will No Longer Be Loved Iii was the subject of Derren Brown’s Channel 4 special, The Great Art Robbery.