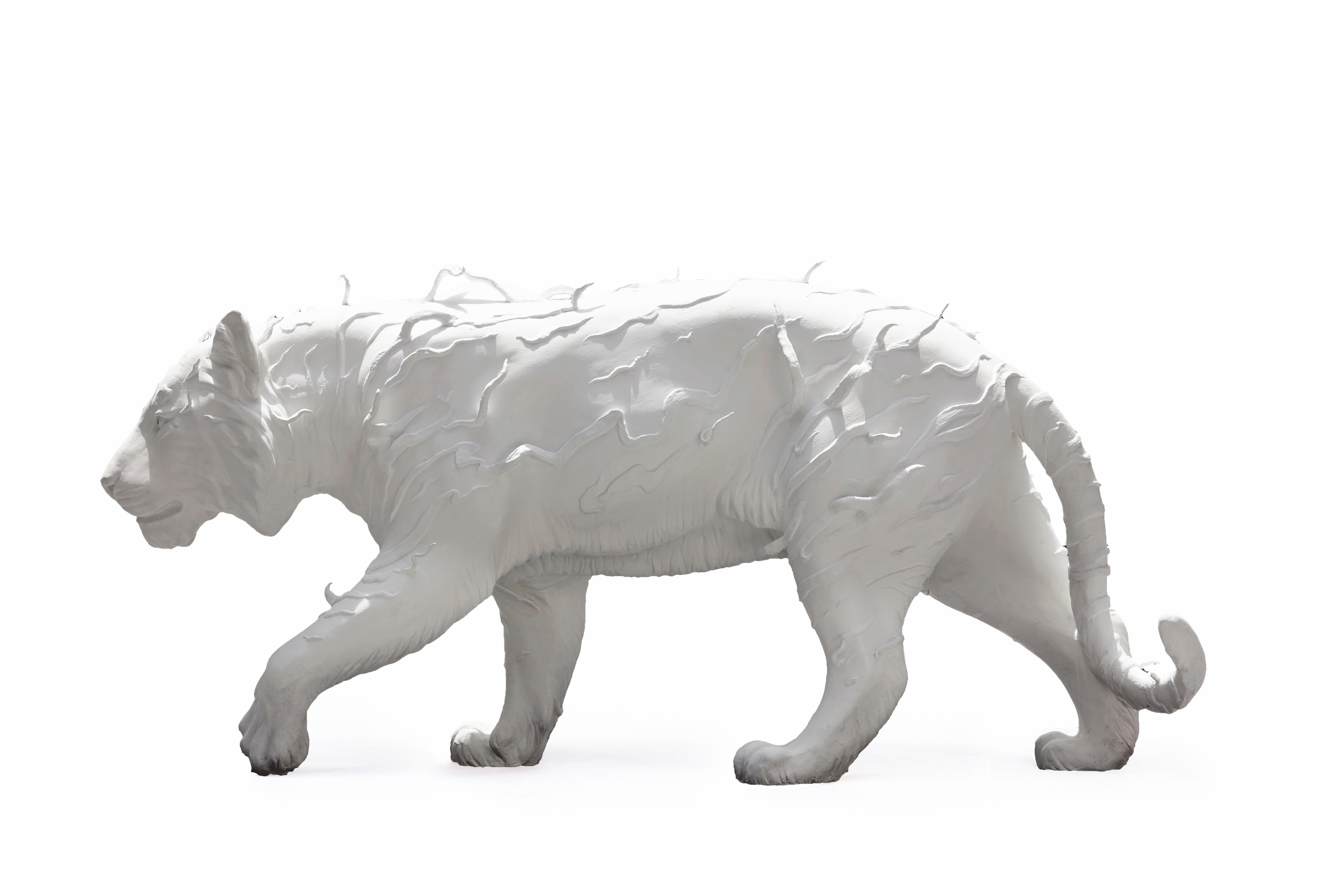 PU primer and clay on fiberglass with internal armature

Ghost Tiger's name and stark whiteness is inspired by the ghost bike movement in which a white bicycle is placed by the roadside, where a cyclist was killed or gravely injured by a motor vehicle. Emulating that movement, Ghost Tiger is intended as a memorial to all the tigers that have lost their lives due to human intervention or poaching. Part of Ghost Tiger’s stripes float off its body, with patterns visually akin to smoke or wind depicted in Asian illustrations, accentuating a phantom appearance. It watches over Raffles Hotel Singapore, making it a symbol of protection. However, Ghost Tiger also serves as a solemn reminder to us that the tigers themselves are in need of protection.

Faris Nakamura graduated with a Bachelor in Fine Arts (First Class Honours) from LASALLE College of the Arts in partnership with Goldsmiths, University of London in 2014. Through sculptures, installations and site-specific works, Faris investigates the way people navigate and orientate themselves as they encounter space. He desires to understand the attachment and detachments people have towards spaces, how these relationships develop, and their impact. Faris has exhibited in shows both locally and internationally. He was the Winner of the IMPART Awards, Visual Artist Category in 2020. He was awarded the Young Talent Programme Winners’ Solo in 2017/2018.