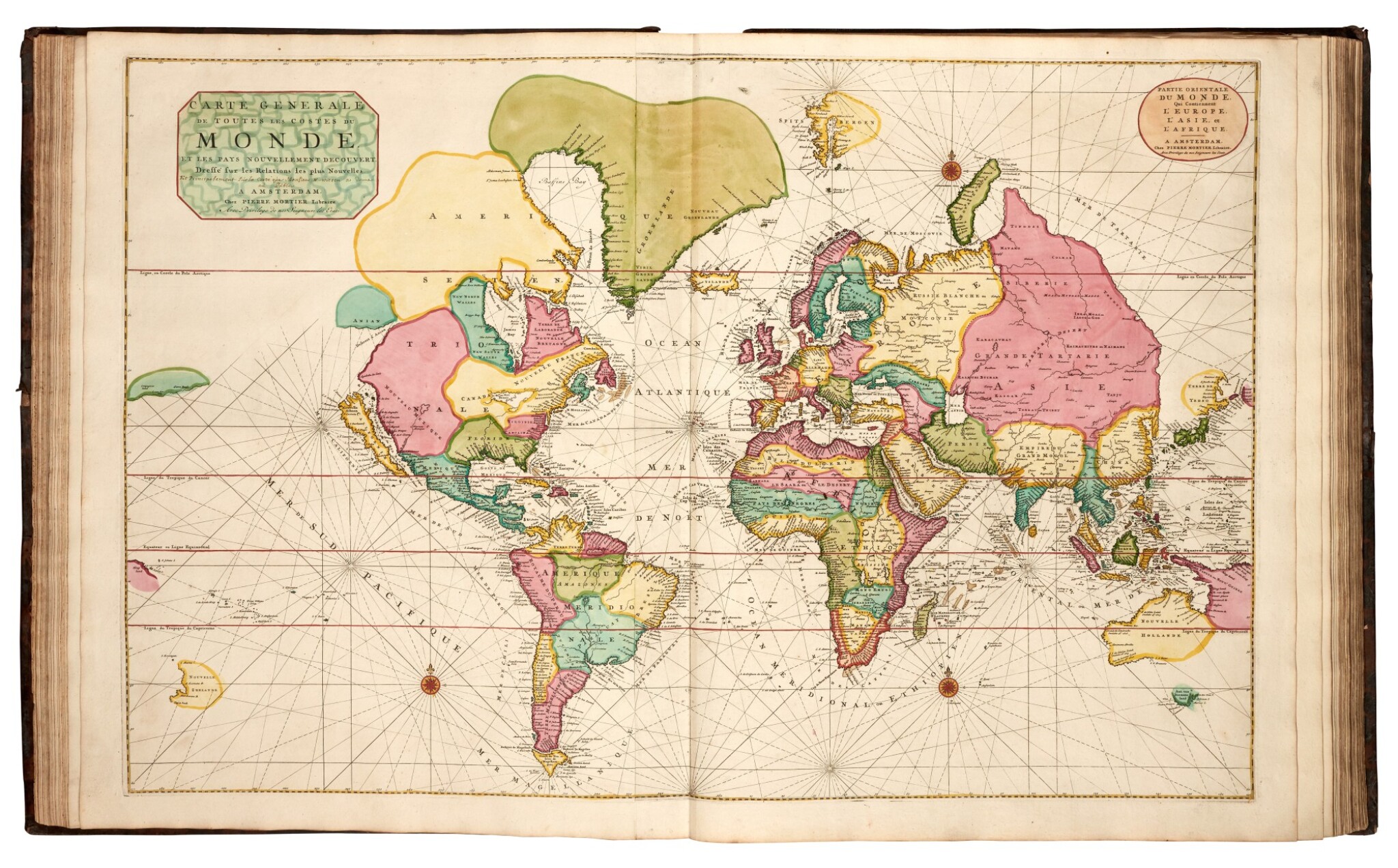 “The Neptune François and its second part Cartes Marines… was the most expensive sea-atlas ever published in Amsterdam in the 17th century. Its charts are larger and more lavishly decorated than those of any preceding book of this kind. For the engraving and etching Mortier had recruited the most qualified artists. Romein de Hooghe did the decorations on the charts of the second part. In 1700 Mortier brought out a third volume [Suite de Neptune]… This magnificent work was intended more as a show-piece rather than something to be used by the pilots at sea” (Koeman).

This unauthorised edition of the Neptune françois also includes the Suite du Neptune françois (1700) with charts of coasts outside Europe (including America), and the Cartes marines (also known as the Atlas maritime), with nine charts etched by Romein de Hooghe, one of the greatest exponents of that craft. This last part was not intended for practical use, but rather as a lavishly-produced library piece; it was dedicated to William of Orange.

This copy has been bound with all three titles at the front, and the de Hooghe charts interspersed throughout. In composition, it closely resembles the Wardington copy (sale in these rooms 10 October 2006, lot 318), excepting the present atlas is bound without an allegorical title to the Suite du Neptune françois, but seems to have an extra chart.