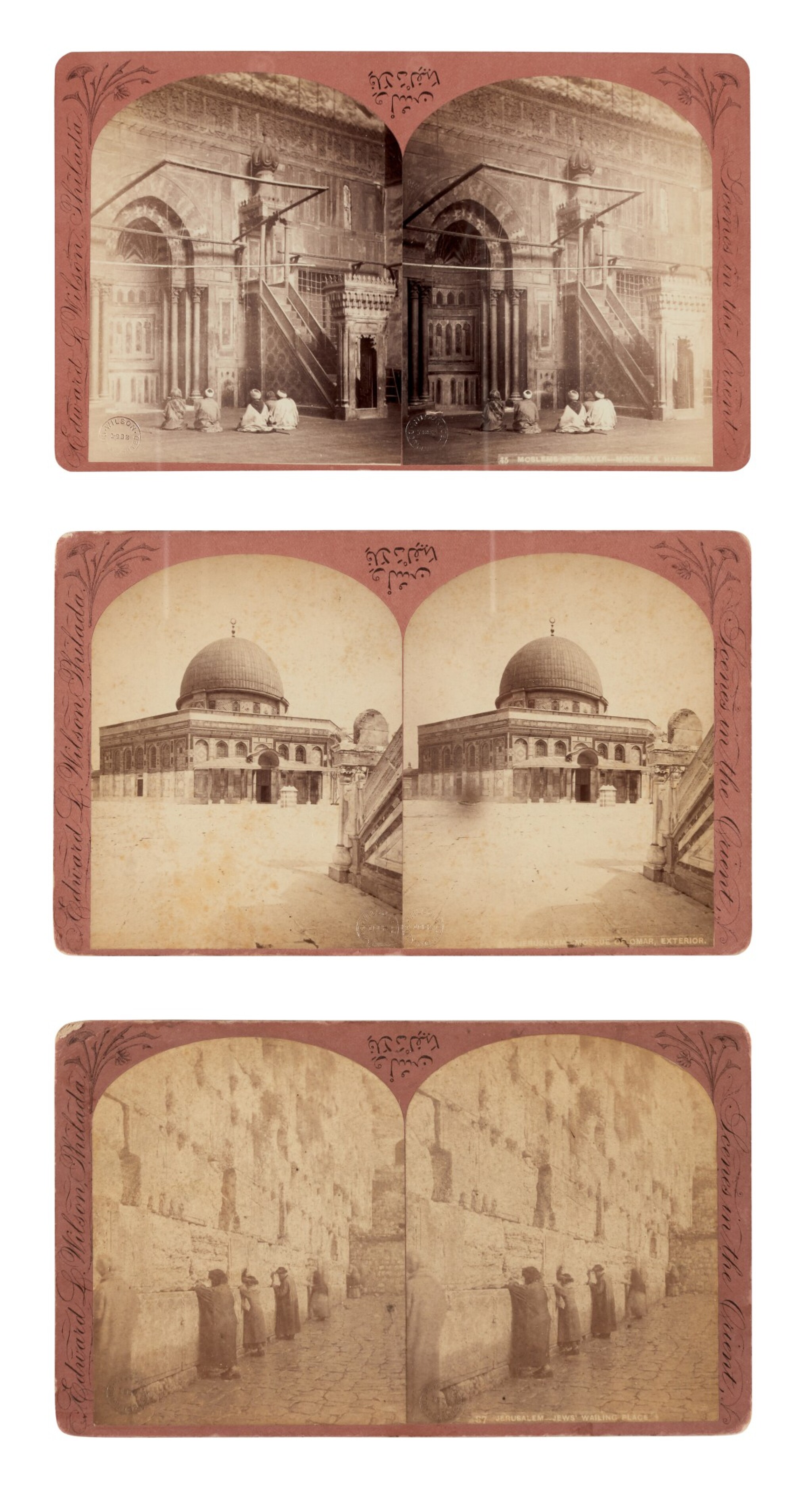 Scenes in the Orient: stereoviews of Palestine, Arabia Petræa, Egypt, and elsewhere, with accompanying catalogues, and booklet

i) 726 stereoviews of Palestine, Arabia Petræa, and Egypt, and Europe (109 x 179mm.), most mounts with text in English ('Edward L. Wilson, Philada.| Scenes in the Orient') and Arabic, photographer's stamp at corner of each image, neat pencil inscriptions to mounts of some stereoviews

A LARGE COLLECTION OF RARE STEREOVIEWS OF THE NEAR AND MIDDLE EAST.

The majority of the stereoviews in this collection show views in the Holy Land, the Near East and Egypt. Sixty of the images are from Wilson's series of cultural sites and street scenes in European cities (including Paris, London, Rome, and Pompeii).