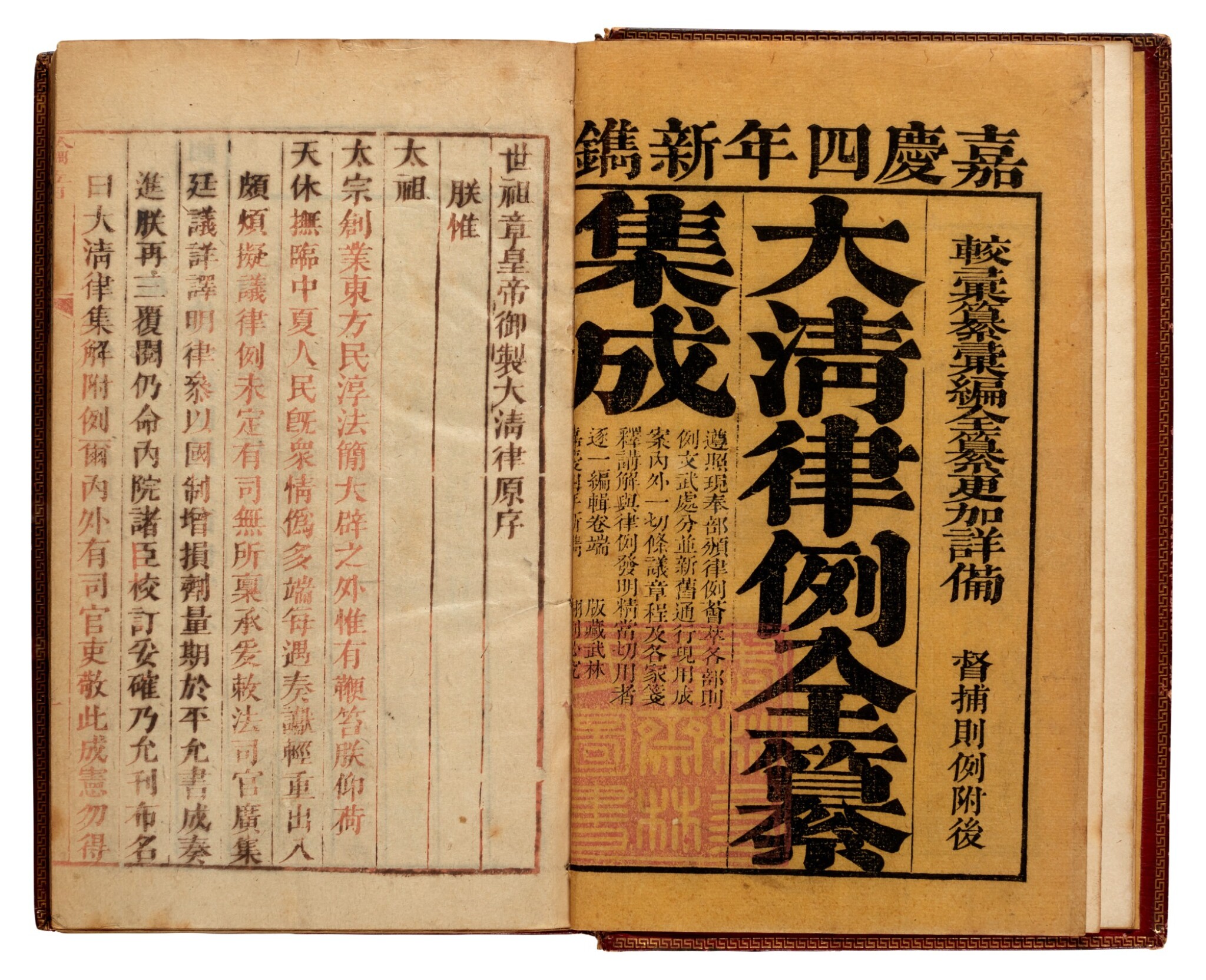 Da Qing Luli Quancuan Jicheng [The Laws and Statutes of the Qing Dynasty]. Beijing, 4th Year of the Jiaqing reign, corresponding to 1799

THE TRANSLATOR, SIR GEORGE STAUNTON'S OWN COPY OF THE PENAL CODE OF THE QING DYNASTY. Sir George Staunton, 2nd Baronet (1781-1859) dedicated himself to the study of Mandarin as a young man and spent most of the years between 1792 and 1817 in China, in both diplomatic and commercial roles. He published Ta Tsing Leu Lee, being the fundamental laws, and a selection from the supplementary statutes of the penal code of China, originally published in Peking in 1810.

FROM THE LIBRARY OF SIR THOMAS PHILLIPPS.