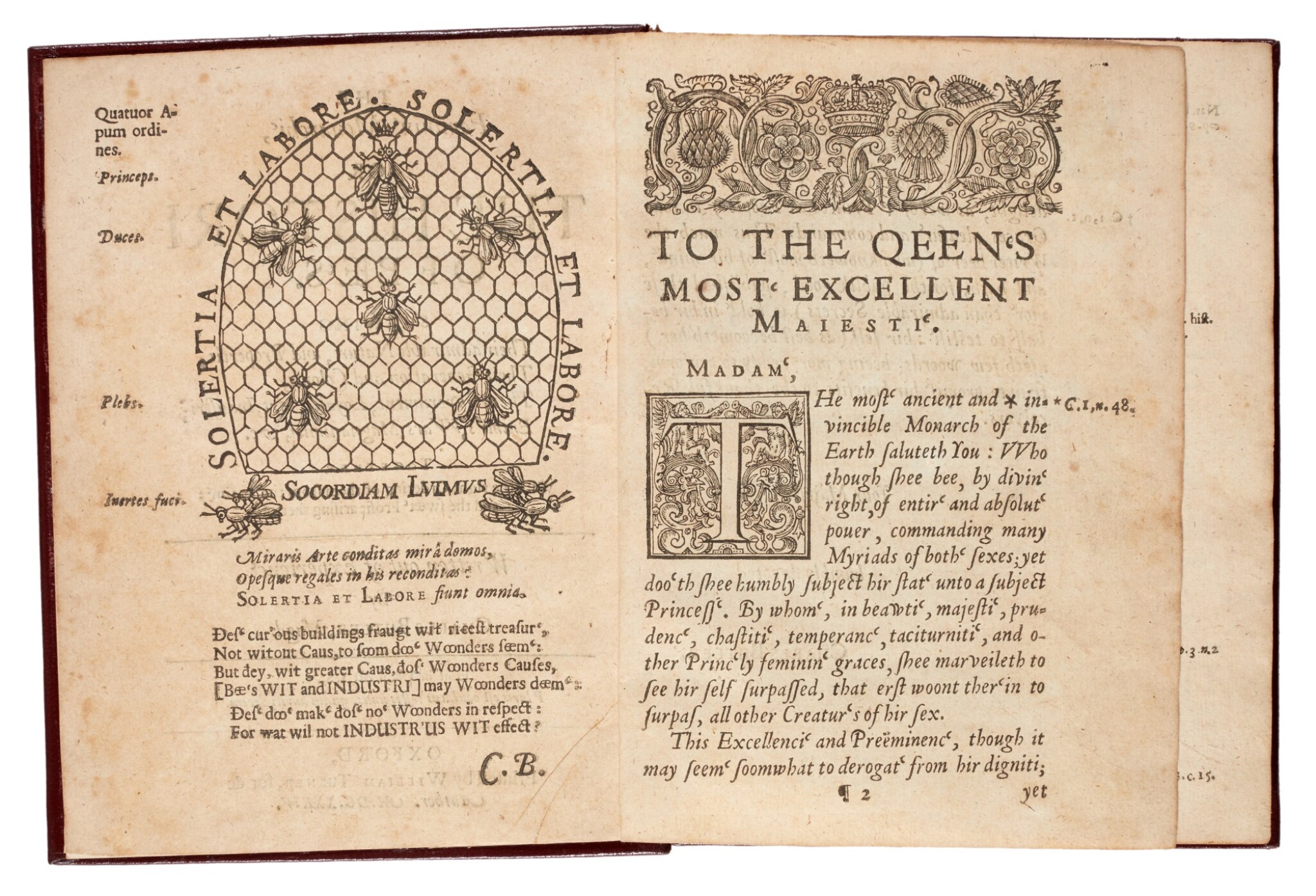 The feminin' monarchi', or the histori of bee's. Shewing their admirable natur', and propertis; their generation and colonis... written out of experienc'. Oxford: William Turner, for the author, 1634

4to (181 x 137mm.), woodcut initials and headpieces, woodcut illustration of a hive on verso of title-page, typeset music, modern burgundy leather lettered "Bee's" in gilt on upper cover (from 1949, according to a note on the inside front cover), upper cover detached (causing small tear in [paraph3])

Butler's manual on bees and beekeeping was first printed in 1609, and is the first English book dedicated to the subject. Butler kept bees at his parsonage near Basingstoke, and he made close observations of them which he recorded in this "outstanding contribution to the literature of apiculture" (ODNB), noting both current practice and his own improvements.

This third edition contains some additional material, and includes the music for a bee's madrigal. It is also written in Butler's own orthography (he was also a keen grammarian), where the spelling has been revised along phonetic lines.

from the collection of John William Waterer