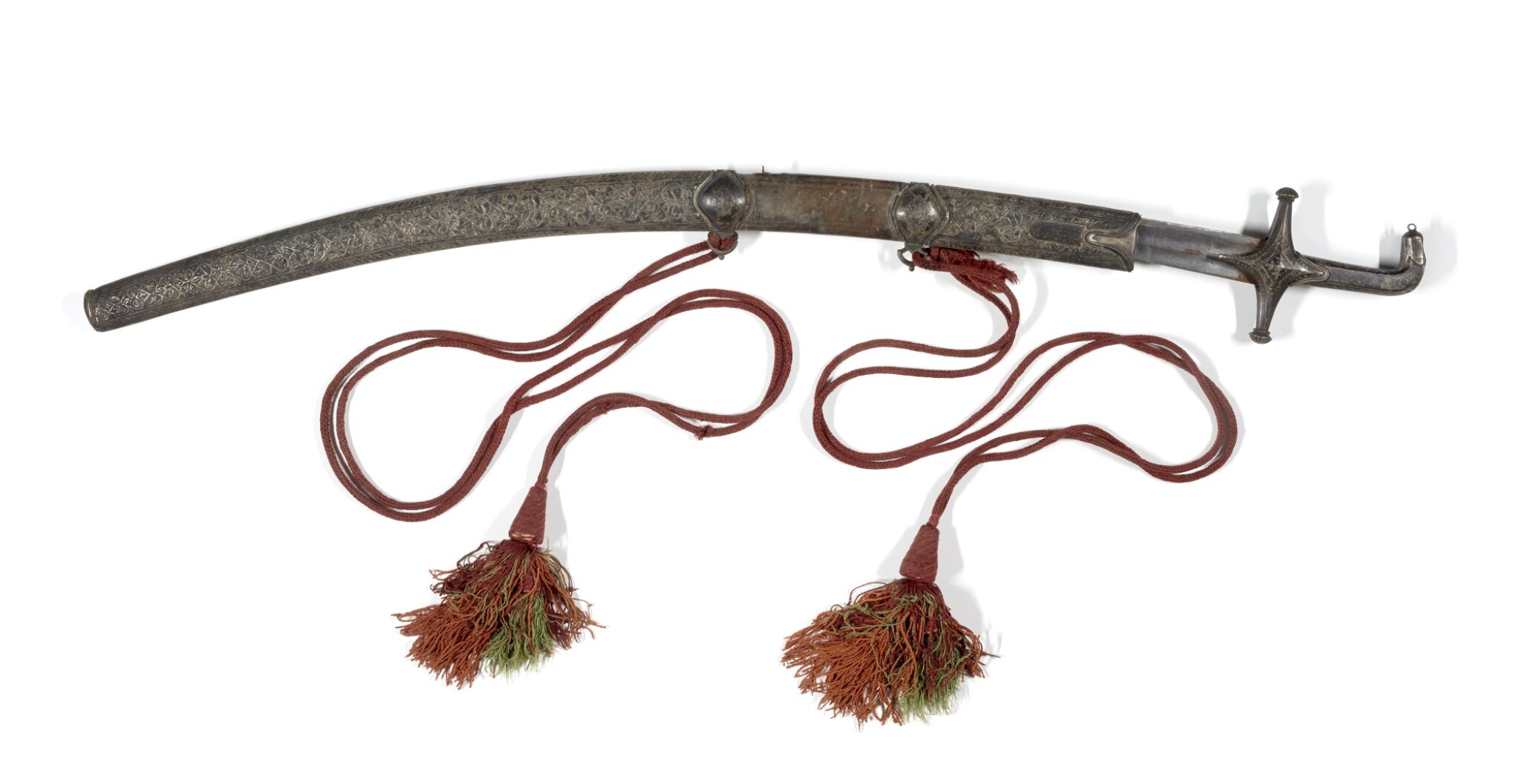 i. Ottoman sword and scabbard: the steel blade engraved with sun and moon motifs, housed in a decorated scabbard with red tasseled cords

ii. Two bishts (traditional Arab cloaks), black cloth, edged with gold embroidery and tassels, presented to Alan and Nancie Villiers on their visit to Kuwait in 1967 (2)

ALAN VILLIER'S OTTOMAN SWORD THAT HE CARRIED IN THE GULF IN THE 1930s.

Alan Villiers (1903-82) was an experienced and adventurous sailor and writer, who in the mid-1930s had circumnavigated the globe in his own sailing ship. In December 1938 he took passage in Aden on a traditional Kuwaiti boom (a medium-sized form of dhow) called the Bayan, translated by Villiers as Triumph of Righteousness. The Bayan sailed through the Gulf of Aden then down the East African coast to Mombasa and Zanzibar, taking on a cargo of mangrove poles in the Rufiji Delta, and then returning to the Gulf, reaching Kuwait in June 1939. Villiers immersed himself in shipboard life, learning about Arab sailing culture, traditions, and navigation techniques, as well as taking an important series of photographs (see also lots 79 and 81).

There are several photographs of Villiers showing him with this sword in the Gulf in the 1930s; one of these photographs taken in Kuwait in 1939 shows Villiers holding this sword (illustrated in Alan Villiers, Sons of Sindbad: The Photographs, p. 31); a print of this photograph is also included in lot 81.