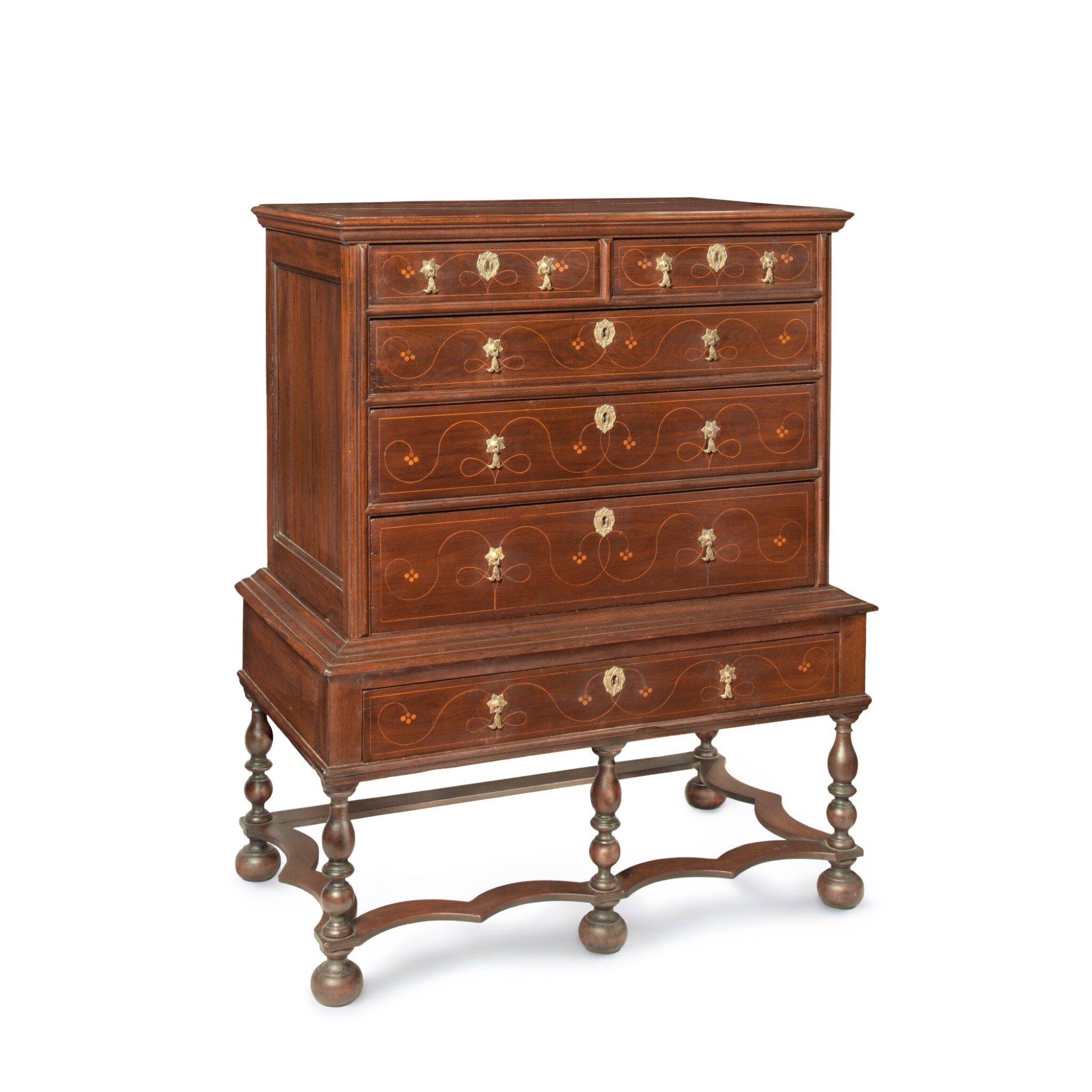 Secondary wood: Atlantic white cedar. The four outer legs have been restored with the bottom 10 in of the leg, including stretchers and feet, have been replaced. Hardware replaced. Retaining period brasses that are not original. Top drawers with Quaker locks and top proper right drawer with minor lip damage.

This William and Mary chest on frame is the only known example of its form with line and berry inlay. The top is elaborately inlaid with a large two-handled urn flanked by scrolling vines. The two short and three long drawers of the case and the single drawer of the base are decorated with scrolling vines that terminate in unusual four-berry clusters. The maker used numerous compass point settings to lay out the design to achieve the curves of the scrolls. Similar urn and scrolling vine inlays are found on a walnut slant-front desk in the Dietrich American Foundation.1In his recently published article “Lines and Dots,” Christopher Storb illustrates and discusses this chest on frame as part of a group of line and berry furniture that may have originated in the Delaware River Valley rather than Chester County. He identifies characteristics found on this chest as distinctive for the group including the unusual four berry clusters and use of numerous compass point settings to generate the design. The secondary woods of red gum, Atlantic white cedar, and hard pine used to construct this chest and others in the group are typical of furniture made in the Delaware River Valley. Storb identifies other case pieces as part of this group including the two-part chest of drawers in the du Pont Collection and the slant-front desk in the Dietrich American Foundation mentioned above, as well as other chests and boxes.