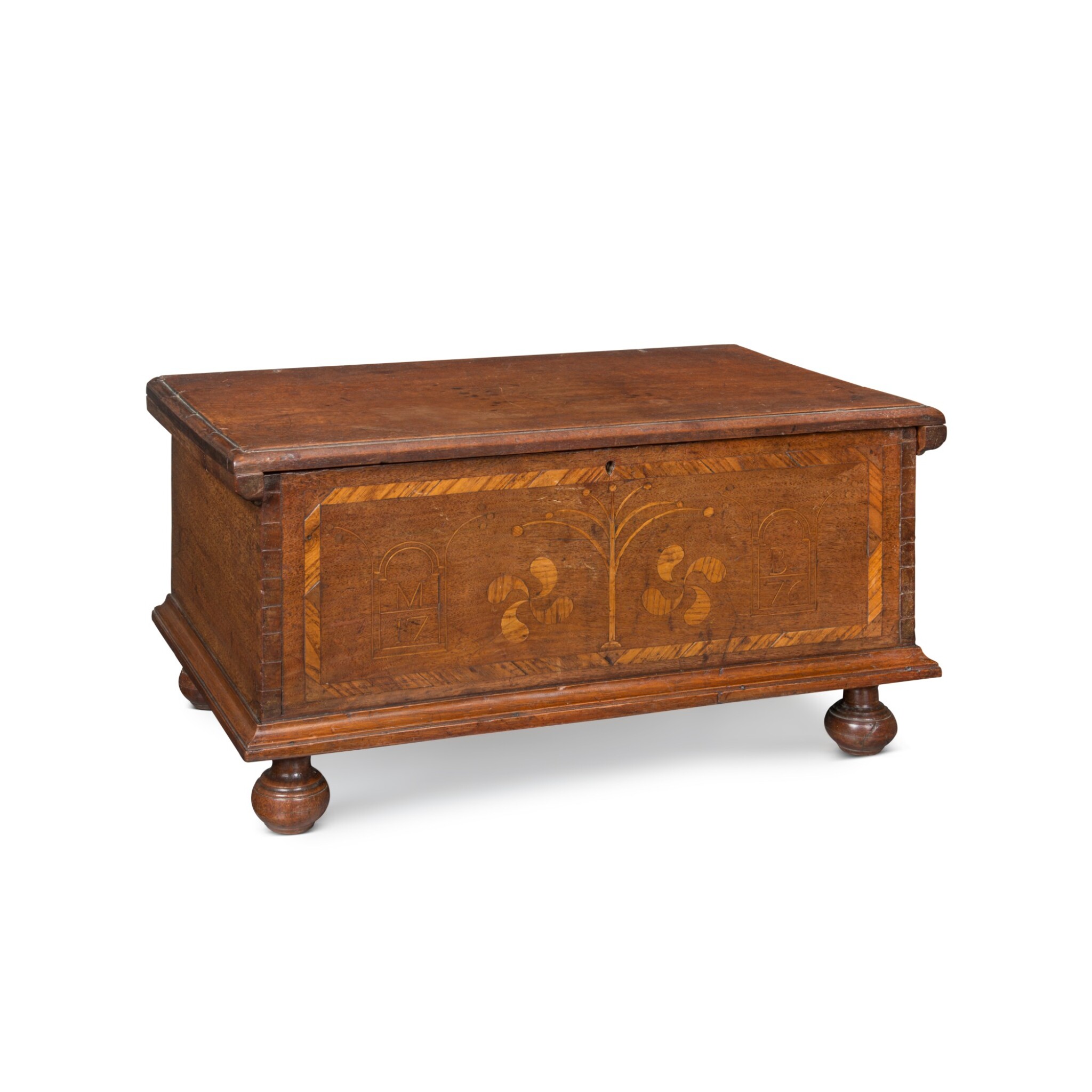 With banded locust inlay surrounding a flowering tree and pinwheel geometric designs, flanked by the inlaid initials MB and the date 1776.

With the initials of its original owner and date it was made, this walnut document box is a rare survival of line-and-berry furniture made in southern Chester County, Pennsylvania. The distinctive type of inlay seen here was introduced in the early 1700s likely by Welsh Quakers who emigrated to Philadelphia before moving to the Chester County area.1 Furniture with line-and-berry inlay was especially favored by Quaker families living in Chester County, where chests of drawers, spice boxes, and small lidded boxes were the most popular forms among the 150 pieces that have been identified.2 Nearly all were made before the American Revolution.

This document box has inlaid tombstone cartouches enclosing the initials “MX” and date “1776” flanking a line-and-berry sprig and a pair of fylfots all within an elaborate herringbone border. It rests on ball feet rather than bracket feet found elsewhere during the period – likely the choice of the original owner. The fact that this box shares similarities in form and inlay with line and berry document boxes made over thirty years earlier indicates the longevity of the design and conservatism of the clientele.3

Thornbury Farm, first built in 1709, is the site of the final troop engagement of the Battle of Brandywine, the largest land and one of the bloodiest battles of the American Revolution.4