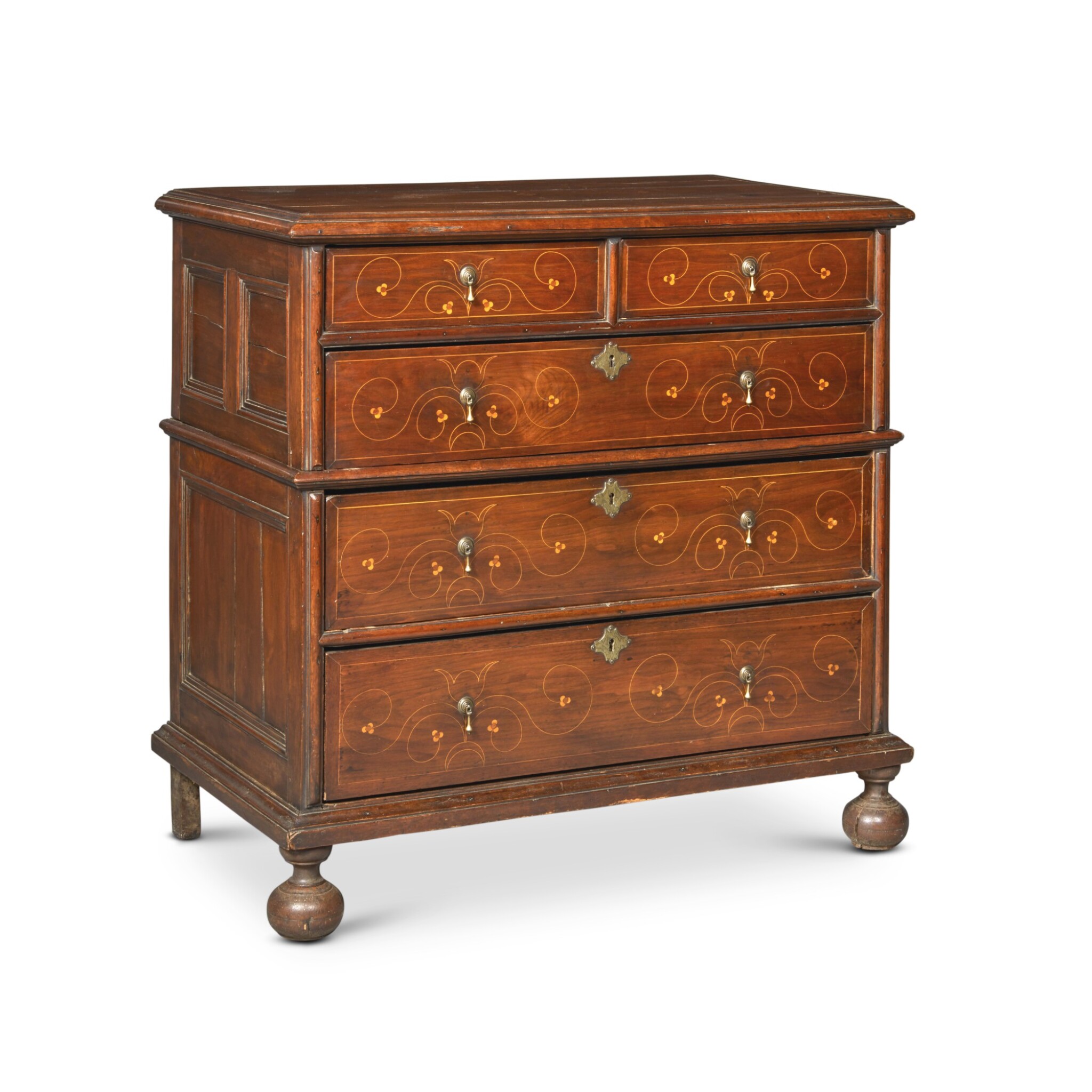 With its case elaborately ornamented with tulips, scrolling vines and berry cluster inlays, this chest is representative of the line-and-berry inlaid furniture made in Southeastern Pennsylvania during the early eighteenth century. It is made of black walnut with hard pine and Atlantic white cedar secondary woods.

Christopher Storb includes this chest in his recent article “Lines and Dots” and identifies it as part of a subset of line-and-berry furniture that may have been made in the Delaware River Valley and possibly Philadelphia rather than Chester County. The high chest in the du Pont Collection is also part of this group (lot 505). Both case pieces display secondary woods seen in documented Philadelphia furniture as well as four berry clusters and inlay designs made with numerous compass settings. See Christopher Storb, “Lines and Dots,” October 25, 2021 https://cstorb.com/2021/10/25/lines-and-dots/

This chest was included in the Worldly Goods: The Arts of Early Pennsylvania, 1680-1758 exhibition held at the Philadelphia Museum of Art from October 10, 1999 – January 2, 2000 and illustrated in the accompanying catalogue. An early William and Mary walnut chest of similar form with a two-part divided case and four graduated drawers may represent the same shop tradition. It was also featured in the Worldly Goods exhibition.1 It is similarly constructed with related molding profiles and case divisions as the present chest. Both were made to be easily transportable with an upper case that is held in place by a narrow upward-projecting tenon inset in the side frame of the lower case. The sides have panels-in-stiles set horizontally and positioned one over the other. The upper panels of the present chest have an applied stile which divides each into two rectangle panels. Reflecting the variations of regional craftsmanship of the period, this chest has ball feet while the other chest has brush feet and lacks line-and-berry inlay.