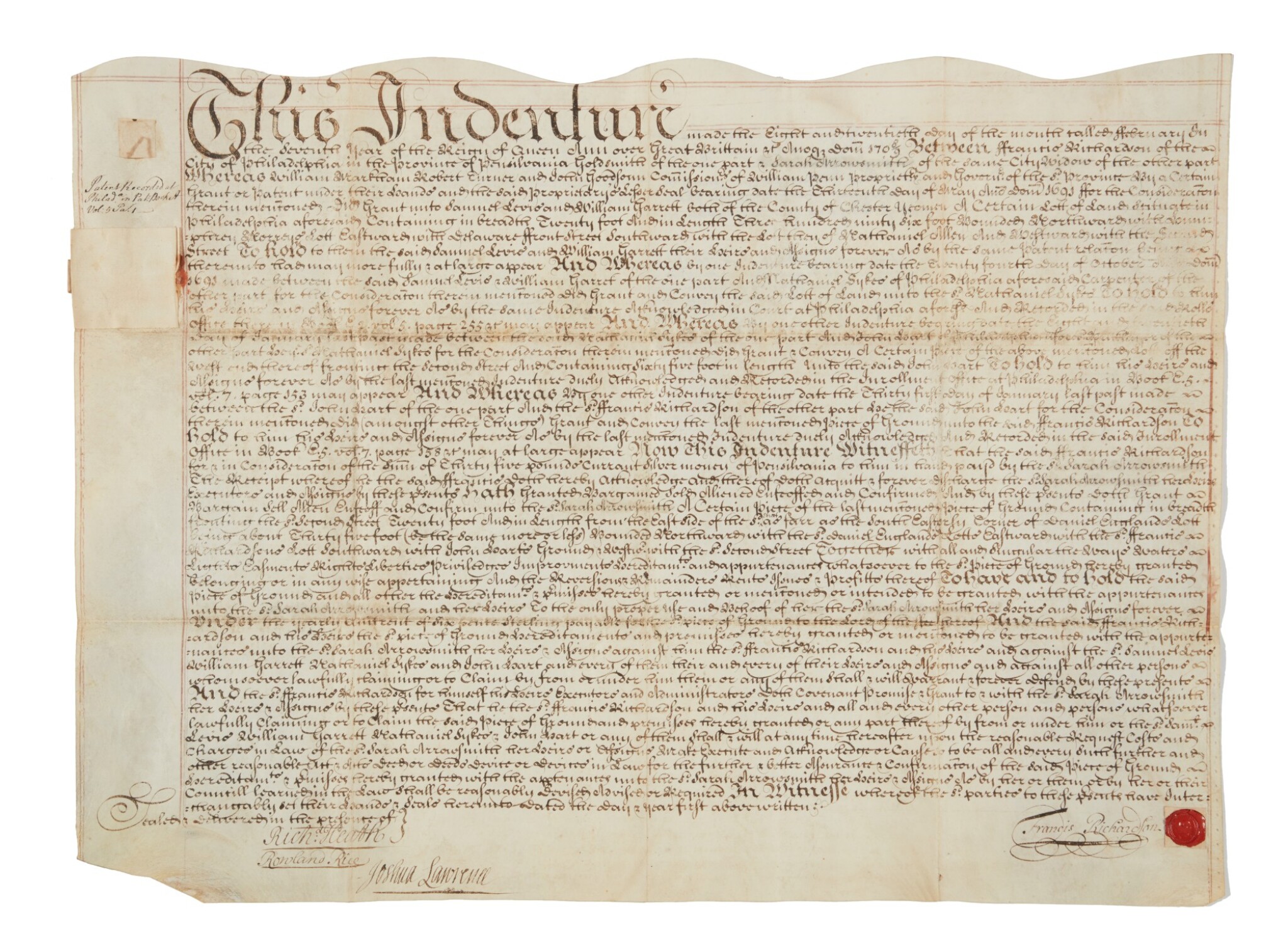 An indenture "made the eight and twentieth day of the month called February In the Seventh Year of the Reign of Queen Anne over Great Brittain [sic] … Between Francis Richardson of the City of Philadelphia in the Province of Pennsylvania Goldsmith of the one part & Sarah Arrowsmith of the same City widow of the other part." The indenture certifies their marriage and legal ownership of the property: "Francis Richardson ... Doth Covenant promise & grant to & with the Sarah Arrowsmith" his land adjacent to the properties of several others, also enumerated on the indenture.