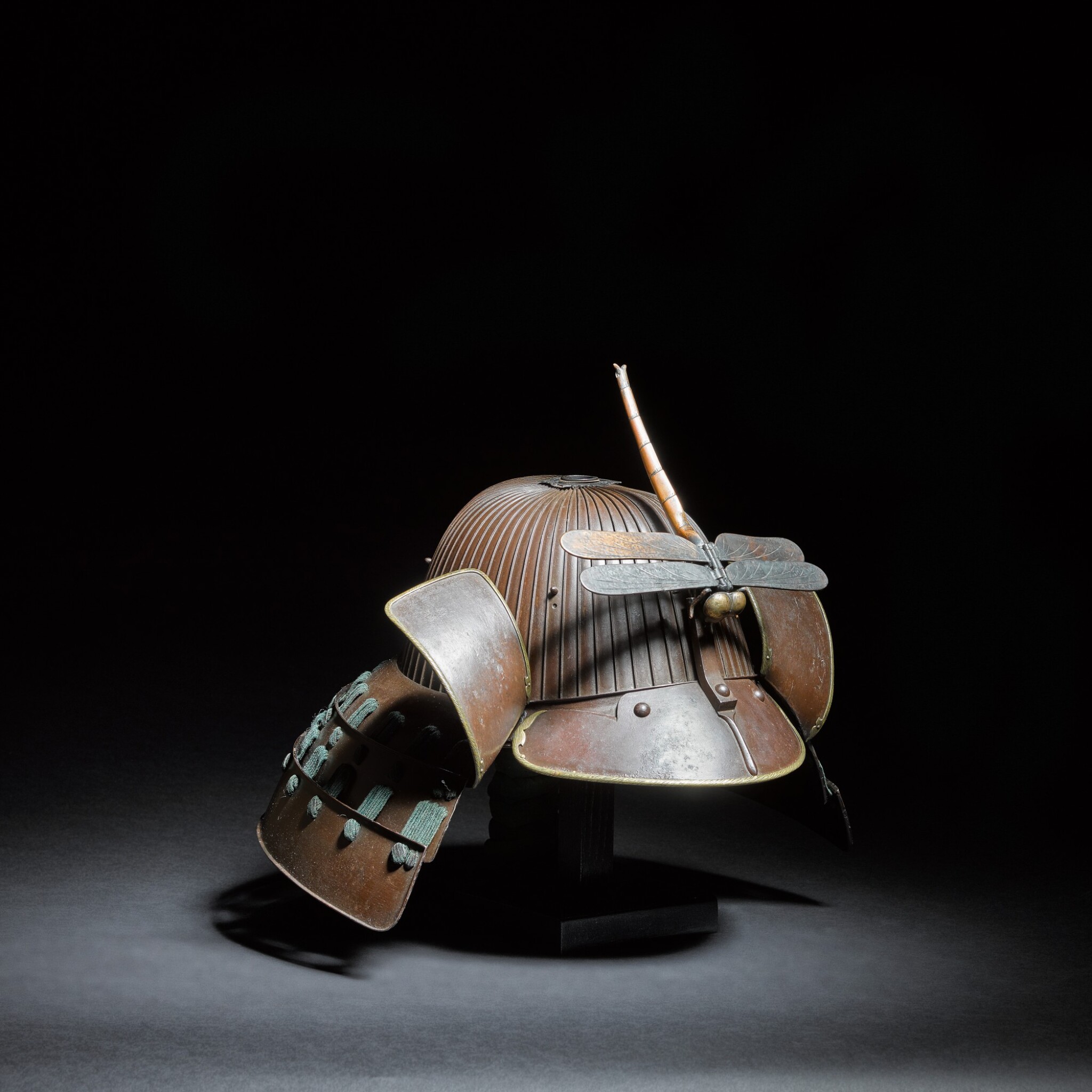 A suji-bachi [helmet with raised ridges]

Slight surface wear to the areas between the raised ridges and the turnbacks, there is some surface wear to the interior of the neck guard all consistent with age and use of the object, the black lacquer to the underside of the plates has some small losses, old wear, scratches and chips, there is no lining to the interior of the bowl, the mount of the maedate has been re-applied.

The armourer Saotome Iesada practiced in Hitachi Province, modern day Ibaraki Prefecture, during the early Edo period (1600-1868). The son of Saotome Ienari, Iesada was the fourth master of the highly reputed Saotome line of armourers, who specialised in fine sixty-two plate helmets with raised ridges (suji-bachi).