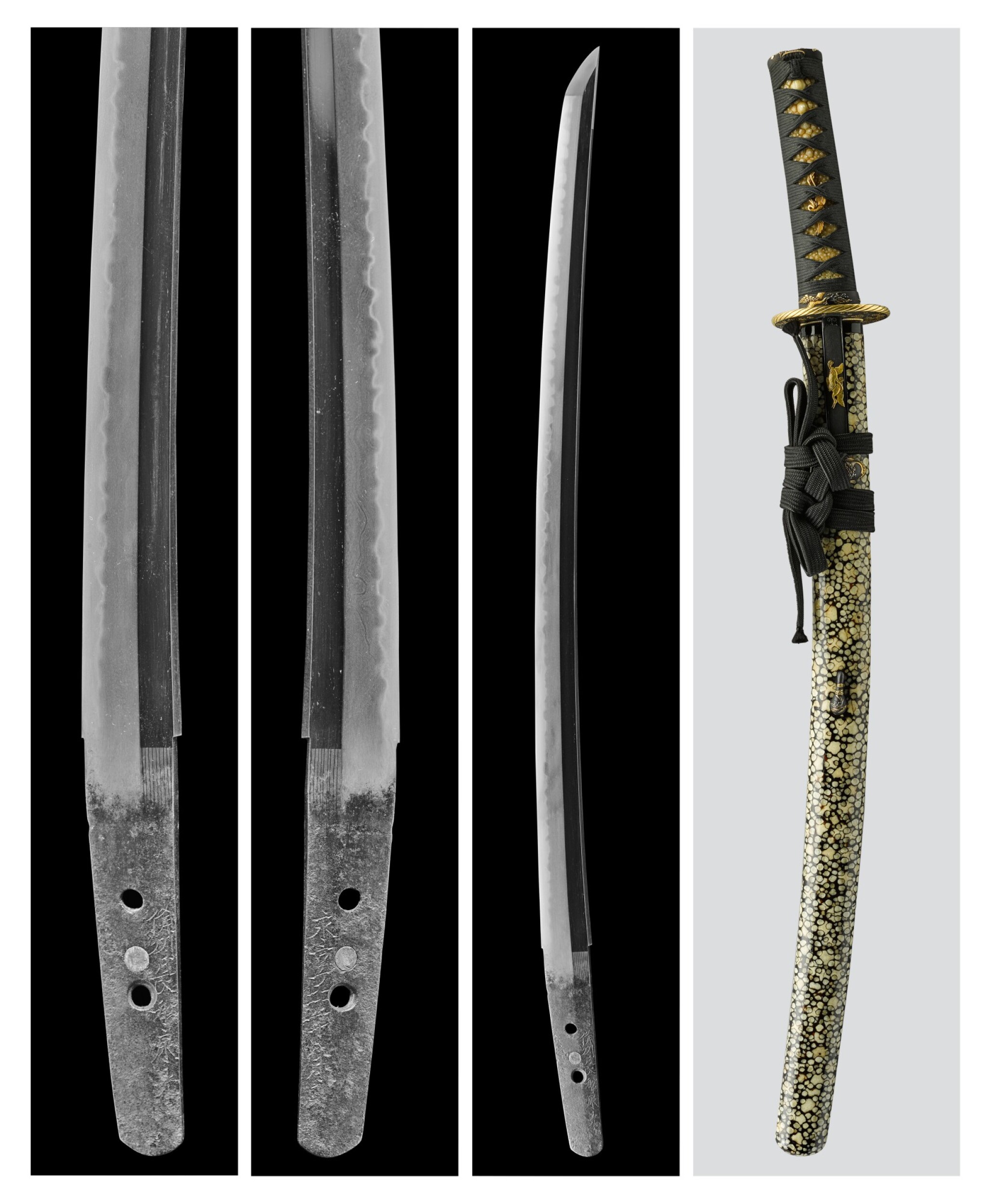 Nakago [tang]: Ubu, three mekugi ana, one of which has been filled, omote signed Bishu Osafune Yasumitsu (Yasumitsu, Osafune in Bizen Province), ura dated Eikyo yon nen hachi gatsu hi (a day in the 8th month of the 4th year of the Eikyo era, equivalent to 1432)

Koshirae [mount]: Of later date, the saya [scabbard] decorated in polychrome hiramaki-e in same-nuri [simulated shark skin] ground, the associated shakudo and gilt fittings alternately decorated with cranes nestled among the branches of tall pine and further cranes in flight, all on a fine nanako ground, the kogai and kozuka signed Goto Mitsutaka (1721-1784) with kao, the menuki in the form of cranes, the round tsuba decorated in shakudo and gilt with branches of cherry in blossom

Accompanied by a certificate of registration as Tokubetsu Hozon Token [Sword Especially Worthy of Preserving], no. 1014888 issued by the Nihon Bijutsu Token Hozon Kyokai [Society for the Preservation of the Japanese Art Sword], dated Reiwa 3 (2021).

The blade in good condition overall, a small repair to the same-nuri beside the kozuka slide.