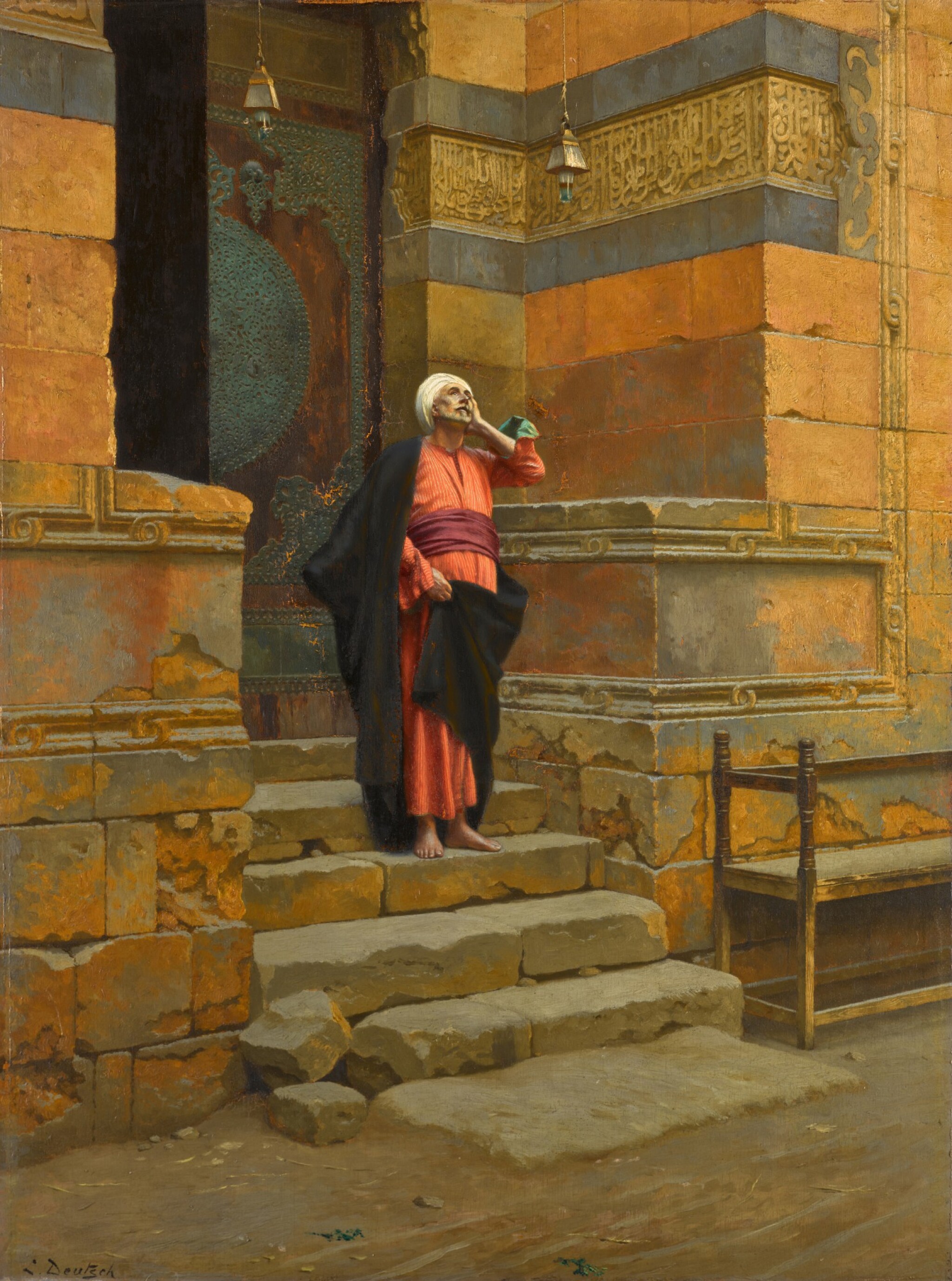 Mitchell Galleries Ltd., London
Purchased from the above by a New Zealand private collector; donated to the present owner in the 1980s
The present work, not seen on the market for several decades, is an impressive example of Deutsch’s celebrated masterfully observed single figures. Painted on panel, favoured in particular by Deutsch and his fellow Austrian Orientalists (Rudolf Ernst, Arthur von Ferraris, and Rudolf Weisse), the smooth and even surface of the support allows the artist to greater explore fine and minute detail. The male figure in the composition is wearing a red striped qumbaz and a white turban and stands in front of an embellished door of a mosque or a religious school in Cairo. Deutsch began travelling regularly to Egypt in 1883 however the polished surfaces and realism of his paintings were founded also on a vast collection of photographs he amassed in Cairo. Deutsch also acquired hundreds of props while abroad, which dressed his Paris studio and which are featured in many of his paintings.

Deutsch trained at the Vienna Academy in 1872 but settled in Paris in 1878, where he studied with the history painter Jean-Paul Laurens and honed his highly academic style. In 1900, Deutsch received a gold medal at the Exposition Universelle in Paris, and later the Chevalier de la Légion d’honneur. Unfortunately, very little is known of Deutsch’s life however the present work is testimony to his clear fascination with the Muslim world and his desire to understand and record its culture in painstaking detail.