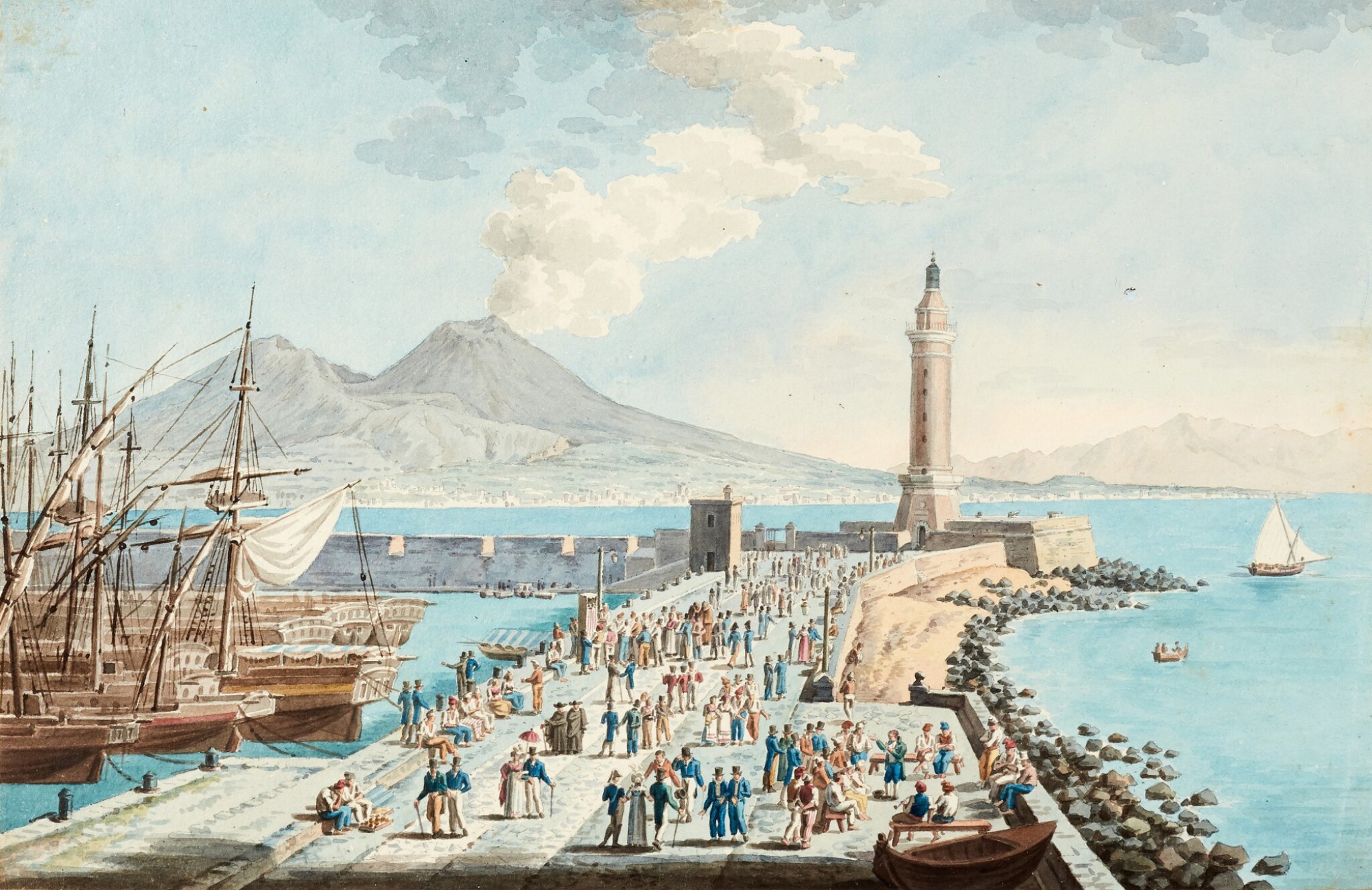 The album comprises: a view of Naples from the harbour (not signed); seven small vertical watercolours, each containing two figures; 27 larger horizontal watercolours of multiple figures, each of which is signed and dated 1822 and numbered in sequence.

Xavier della Gatta was a Neapolitan artist who specialised in producing views of the city and its people for tourists and travellers; he also produced drawings of Vesuvius for Sir William Hamilton and was an artist to the royal court in Naples.