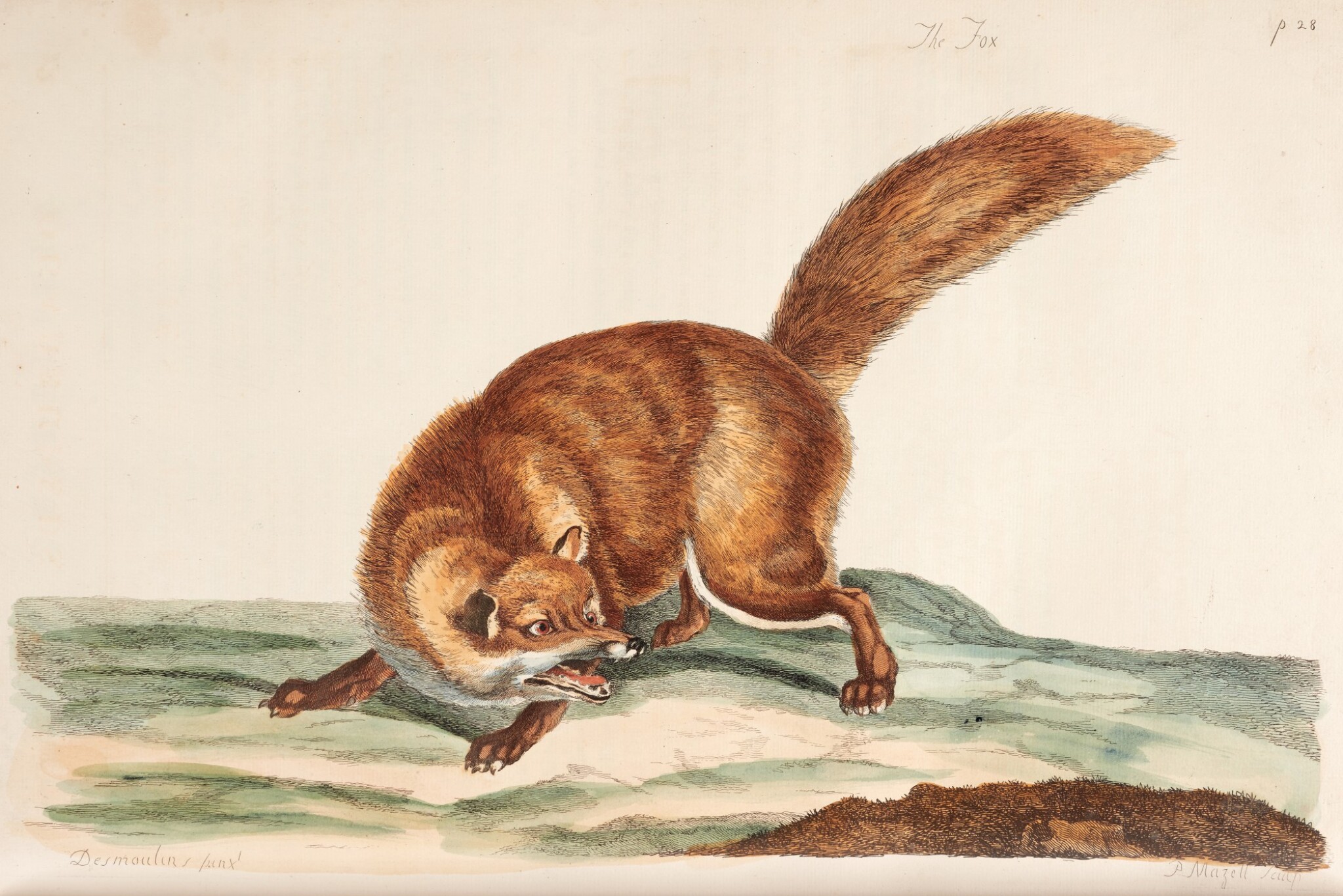 The first edition of this ambitious attempt to capture all known British birds and quadrupeds in one work, complete with the supplementary twenty-five plates. Thomas Pennant was a preeminent eighteenth-century polymath: he was an authority on birds, animals, plants, geology, antiquities and marine life, and corresponded with the Comte de Buffon, Voltaire, Haller and Pallas. He commenced his British Zoology in 1761, following the continental trend of recording and illustrating one’s native species. The publication of the work led to him being elected a fellow of the Royal Society, and although the enormous cost of producing the rich colour plates meant he made little profit from the project, the money it did generate he donated to the British charity school at Clerkenwell Green.

"The first coloured illustrations of birds in a book which attempted to list and portray all of the British species, many of them life-size... Peter Paillou contributed most of the designs and coloured the prints, the colour being extended to the trees, branches and foregrounds... they showed what could be done in the production of good, large pictures of British birds. Much of the credit must go to Mazell, the meticulous and tidy etcher, for his fidelity to Paillou's drawings" (Jackson).