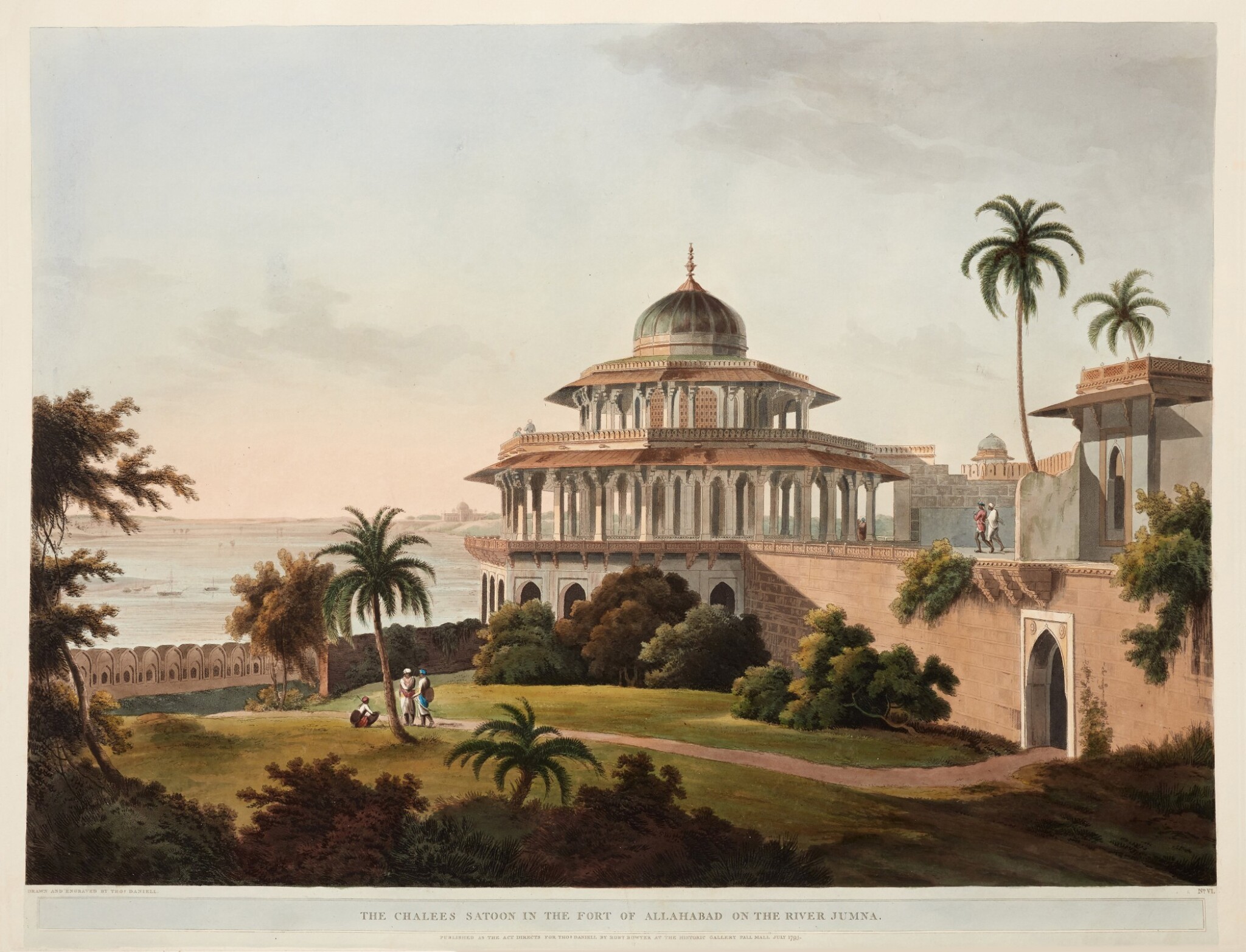 The elephant folio edition of "THE FINEST ILLUSTRATED WORK EVER PUBLISHED ON INDIA" (Tooley).

Thomas Daniell and his nephew William spent some nine years, from 1785 to 1794, in India making their studies, sketches and drawings of the scenery, architecture and antiquities there and then devoted a further thirteen years to publishing their remarkably accurate aquatints. The work is arranged in six parts, and is here bound so that the two parts (parts 3 and 5) which deal with excavations (Hindoo Excavations) and antiquities (Antiquities of India) are bound together. Separate text was published to accompany these plates which is not present with this set.

Oriental Scenery was a costly work at the time of publication, being offered at 200 guineas. This compares with the price of about £100 for the hand-coloured lithographs of David Roberts's Holy Land, issued some fifty years later. The work was in large measure responsible for the early nineteenth-century fashion for Indian-inspired architecture in England, reflected in the works of, for example, Humphry Repton and John Nash.

The work was originally published in parts from 1795 to 1808, and after the Daniells' deaths, the London publisher Bohn purchased the remaindered stock from their estate. The present set proves that Bohn must have possessed the original copper plates as this set is printed on sheets of Whatman paper watermarked 1841. The binding matches Bohn's advertisement and is therefore publisher's half morocco.