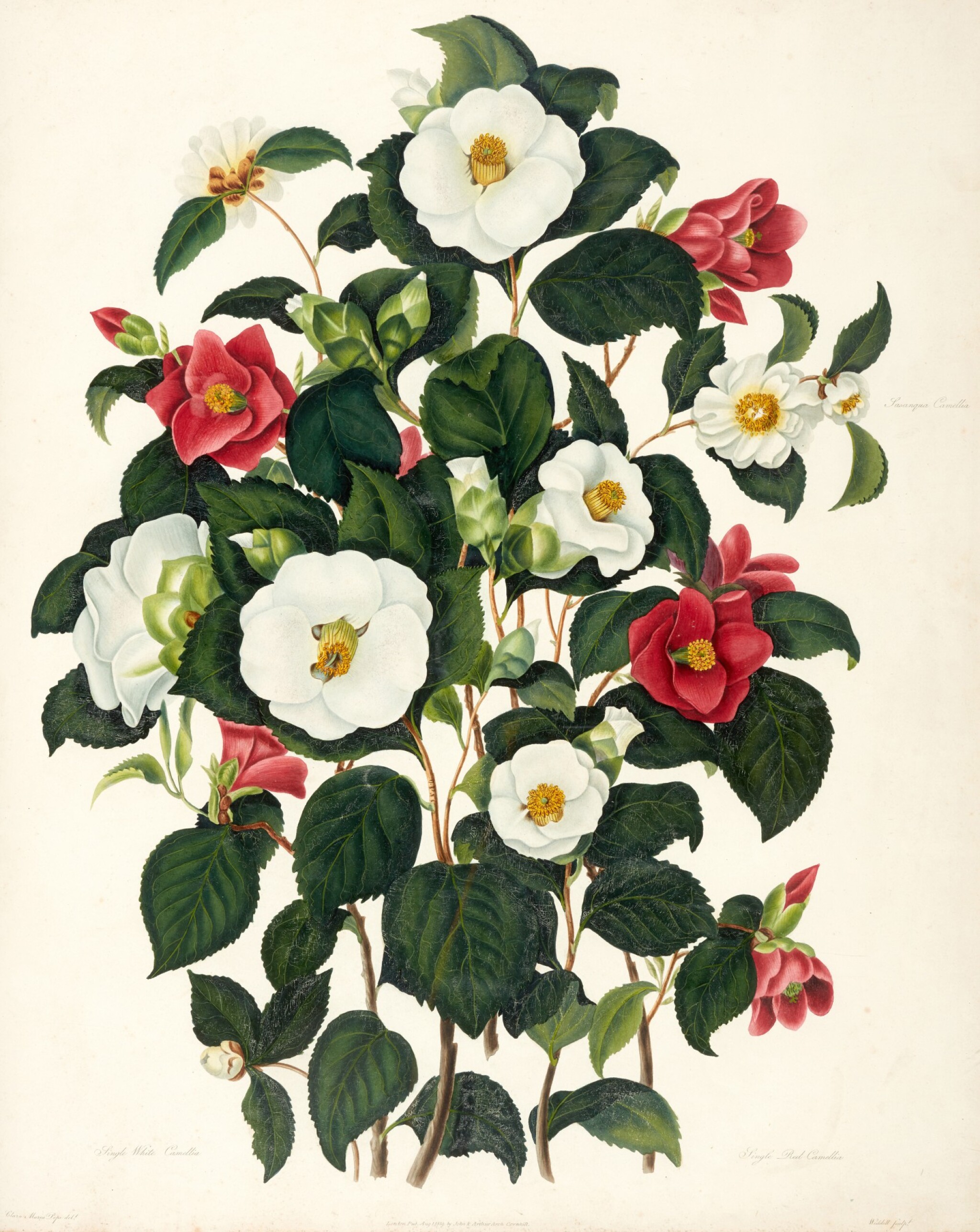 A monograph of the genus Camellia... the whole from original drawings by Clara Maria Pope. London: J. & A. Arch, 1819

FIRST EDITION, folio (565 x 463mm.), engraved title-page, engraved dedication to the Duchess of Newcastle, 8pp. letterpress text, 5 hand-coloured aquatints heightened with gum arabic by Weddell after Clara Pope, engraved title for The beauties of Flora bound at front (slightly foxed), at the end a single page of description of tulips in English and French from the same work, nineteenth-century brown half calf

"ONE OF THE EARLIEST AND PROBABLY THE FINEST OF ALL THE GREAT CAMELLIA BOOKS" (Great Flower Books, p. 54). Samuel Curtis, the son-in-law of William Curtis, commissioned Clara Maria Pope to provide the illustrations for this work on camellias and also for his The beauties of Flora of 1820 (whose title-page appears bound at the front of this volume). Each plate depicts two varieties of camellia attractively juxtaposed.

Camellias first arrived in Britain in the 1730s but it was only in the 1790s that they arrived more regularly. The plants arriving came from Chinese nurseries so were cultivated rather than wild, and were usually planted in conservatories as they were not thought to be hardy in the British climate, and their price meant that they were only available to the wealthy. The preliminary text concludes with a list of the varieties of Camellia available at the time, according to Mr Lee of Hammersmith, the proprietor of the renowned Vineyard Nursery; some of them are named for the ship's captains that brought them over to England.