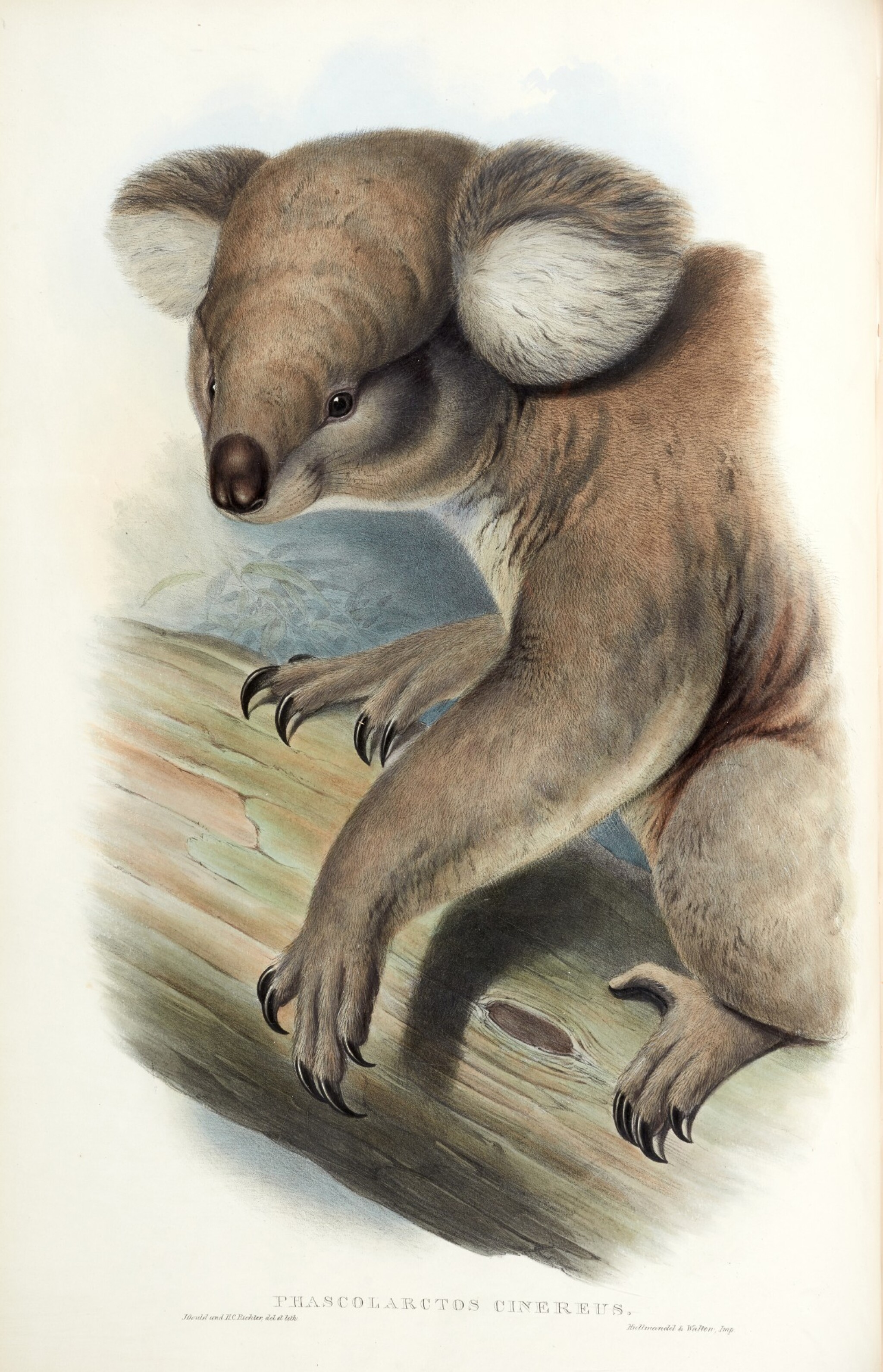 "It was not until I arrived in the country [Australia], and found myself surrounded by objects as strange as if I had been transported to another planet, that I conceived the idea of devoting a portion of my attention to the mammalian class of its extraordinary fauna" (Gould, Preface). "This was one of the most important works ever attempted by Gould, and he has often told me that he considered that he deserved more praise for bringing out this work than for any other that he attempted, because he did it for the love of science only, knowing well that it could never be remunerative" (Sharpe, Analytical Index to the Works, p. xviii).