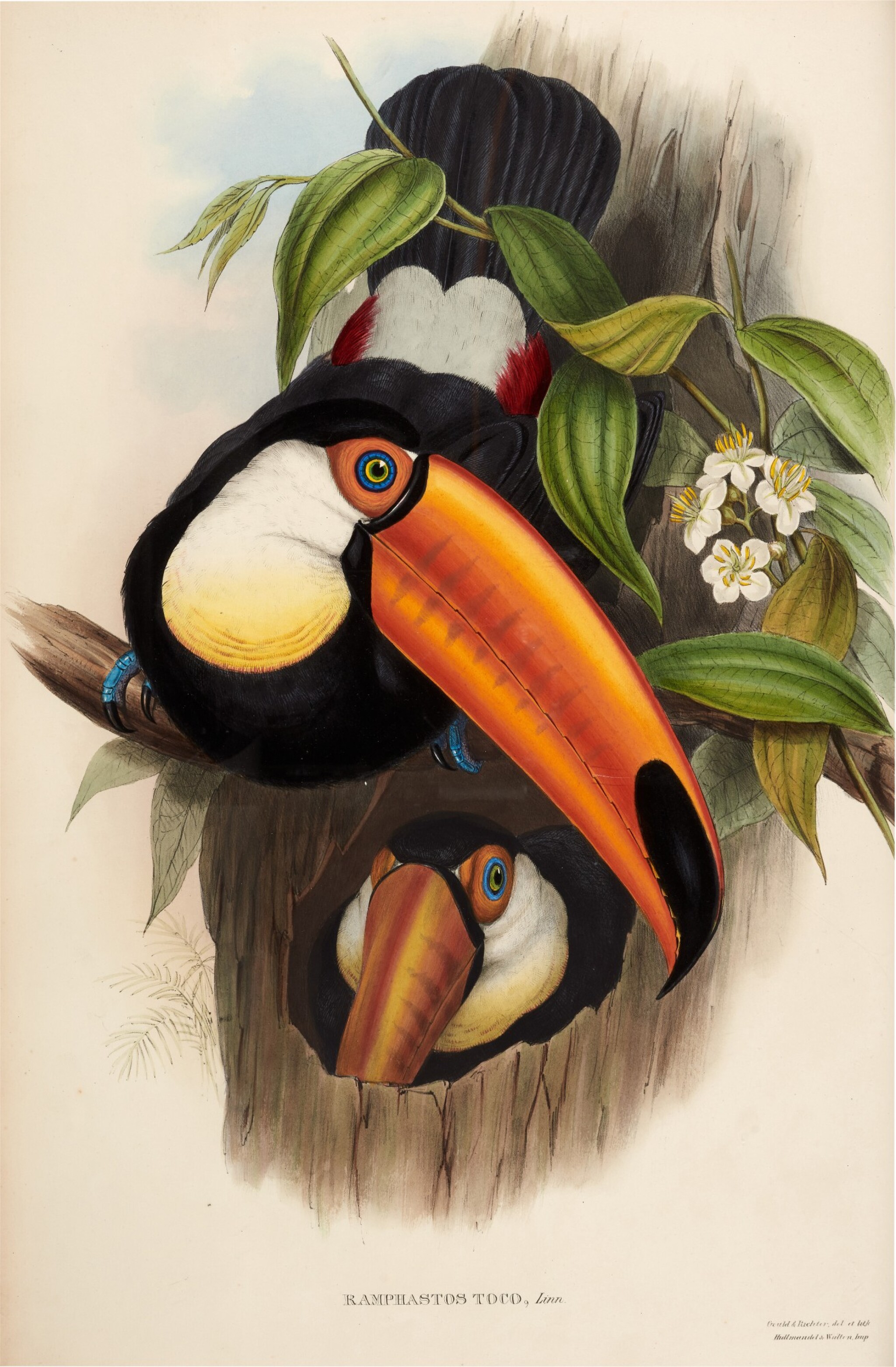 Gould's work on toucans and Lear's work on parrots, bound in one volume, comprising:

i) A monograph of the Ramphastidae, or family of Toucans. London: Taylor and Francis for the author, [1852-] 1854. Second edition, title, dedication, list of plates, 51 hand-coloured lithographed plates by Gould and H.C. Richter, heightened with gum arabic, 1 plain anatomical plate by G. Schwarf, light spotting ii) Illustrations of the family of Psittacidae, or parrots, the greater part of them species hitherto unfigured. London: published by E. Lear, [1830-] 1832. Title, list of plates, 42 hand-coloured lithographed plates by and after Lear, heightened with gum arabic, lacking list of subscribers and dedication, light spotting

Two classics of colour-plate ornithology bound in one volume. Gould regarded this second edition of the Toucans as essentially a new work. It contains 51 plates compared to the first's 33. As a result of discoveries made in the Andes and Cordilleras, he divided the group into six genera rather than the previous two.

Lear embarked on his remarkable series of drawings of parrots in 1830 at the age of 18. This was the first time that an illustrated ornithological work was entirely devoted to one family of birds, and was the first book of lithographed plates of birds published in England in folio format. Many of the sketches were made from parrots in the Zoological Gardens at Regent's Park (near to Lear's home), whilst others were done from parrots in private collections. Lear transferred the designs to lithographic stones which were then printed off by Hullmandel, coloured by hand, and sent to the 125 subscribers. The work was issued in 12 parts without text but then discontinued, probably because the venture proved to be unprofitable.