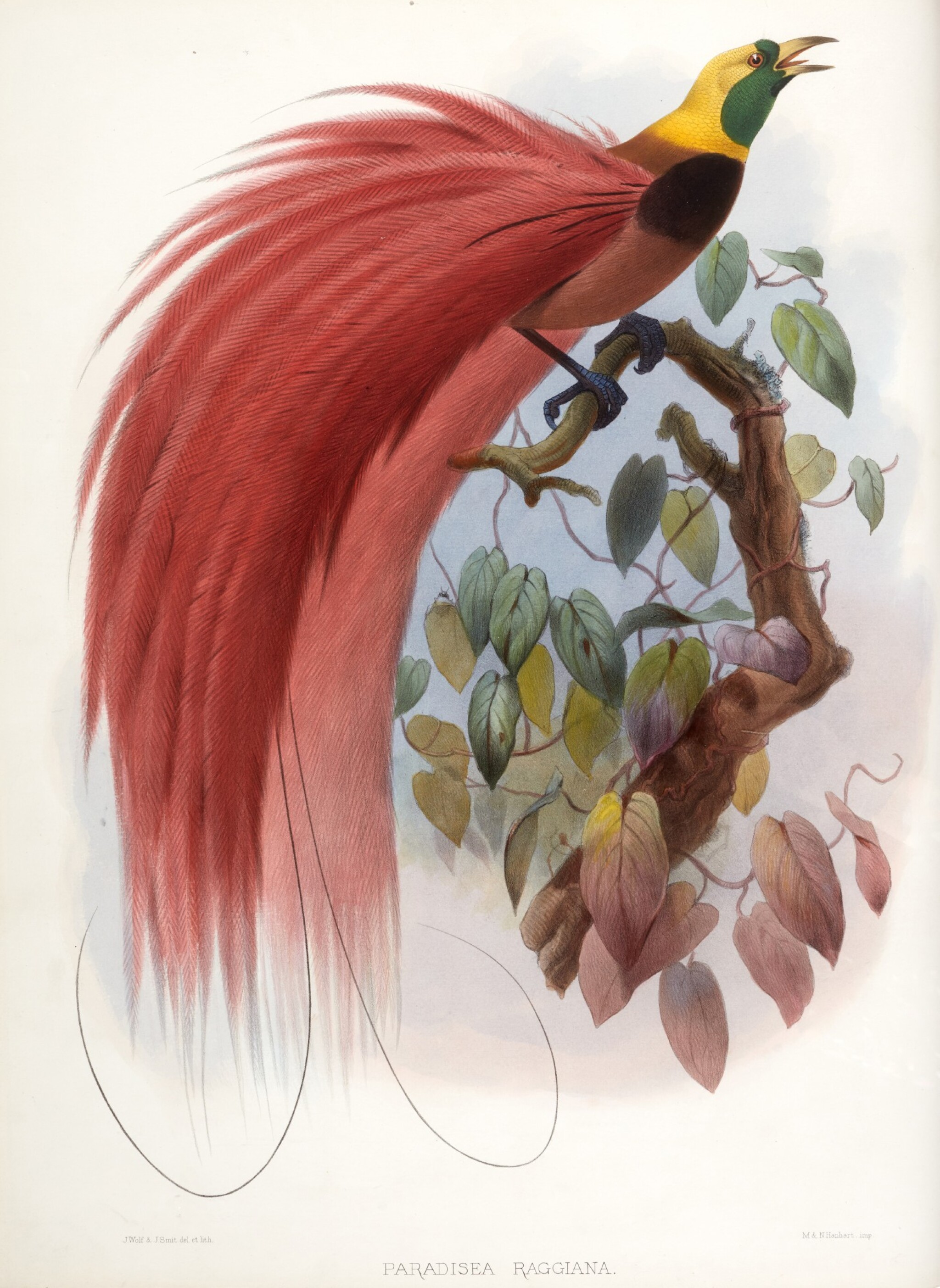 A monograph of the paradiseidae, or family of birds of paradise. [New York]: printed for the subscribers, by the author, 1873

Elliot's Birds of Paradise contains some of the most praised bird illustrations ever produced. While Elliot's own words in his preface—"The drawings executed by Mr. Wolf will, I am sure, receive the admiration of those who see them; for, like all that artist's productions, they cannot be surpassed, if equalled, at the present time. Mr. J. Smit has lithographed the drawings with his usual conscientious fidelity, and in his share of the work has left me nothing to desire .... In the colouring of the plates Mr. J. D. White has faithfully followed the originals; and in the difficult portions where it was necessary to produce the metallic hues, he has been very successful"—could perhaps be discounted, his opinion has in fact been sustained by time. S.P. Dance described Wolf and Smit's plates as "almost as magnificent as the birds they portray” and Elliot's own contribution as patron and author has been further recognised as just as vital to the success of this work as that of his artists.