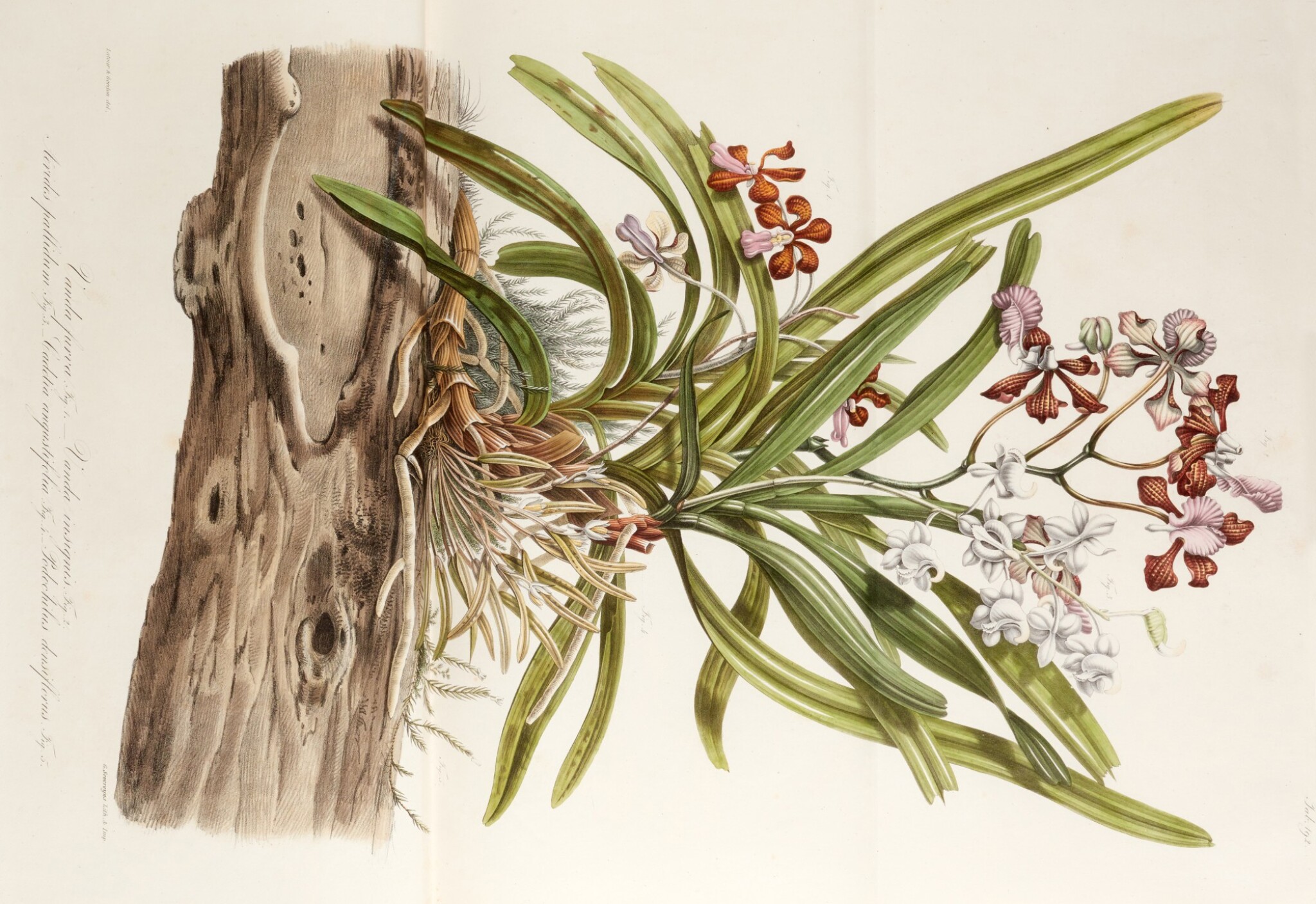 A set of eight volumes (bound in seven) on the flora of the East Indies by Blume, comprising:

together 7 volumes, near-uniform nineteenth-century green half morocco by Hammond, spines gilt, top edges gilt, others uncut, some spotting throughout

Blume (1796-1862) travelled widely in Java before becoming director of the Bogor Gardens in Java and then at the Rijksherbarium in Leiden. The "nova series" of the first work contains details of orchids; this was also published separately with the title Collections des orchidées... in 1858.

The second work was issued to complement the first, and entitled Rumphia in homage to the seventeenth-century botanist Georg Eberhard Rumpf, who produced a catalogue of the flora of Amboina in Indonesia. The plates include views of the area including one of the botanical garden at Bogor.