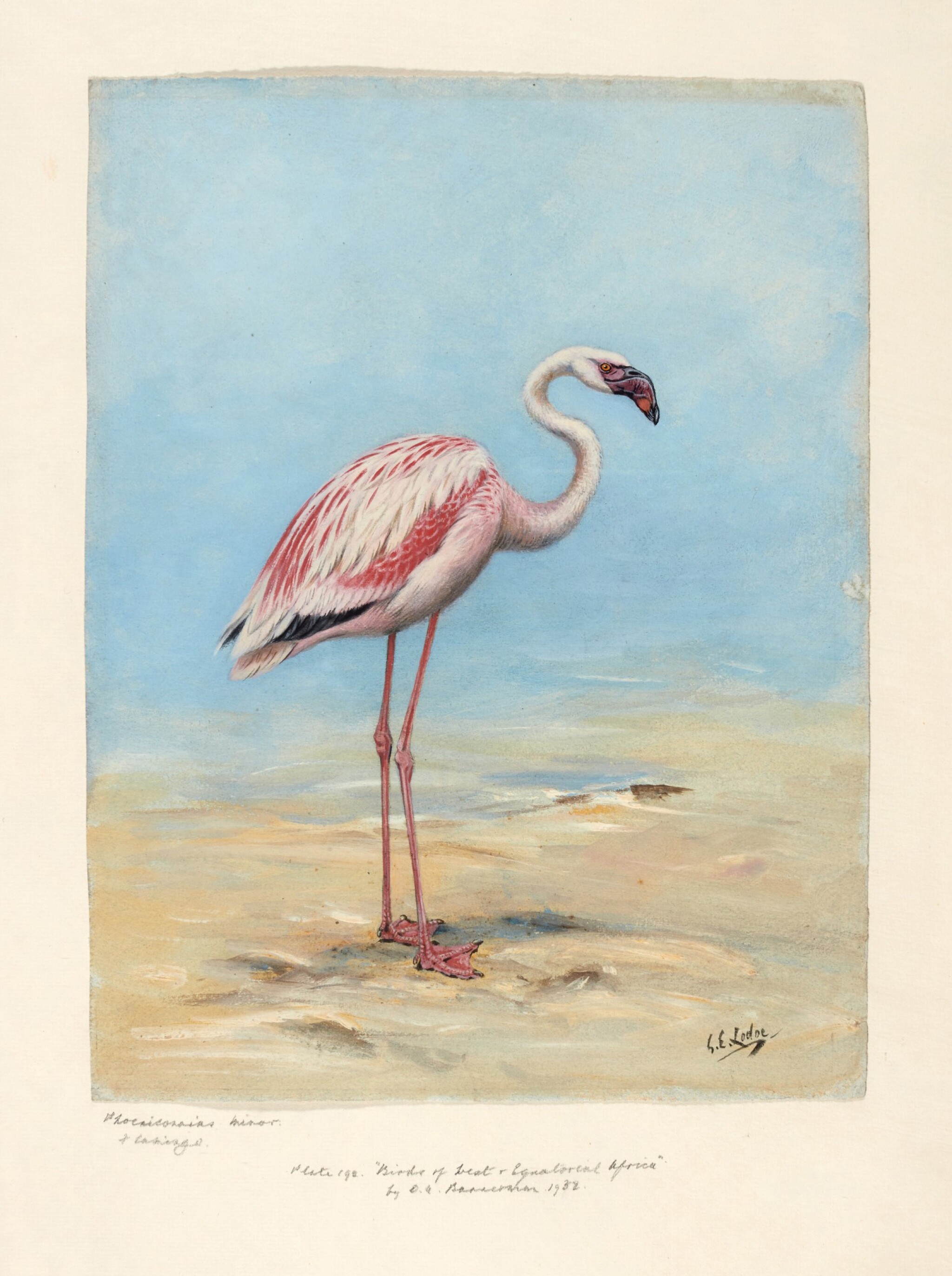 George Edward Lodge (1860-1954) was a British bird artist, conservationist, and authority on falconry. He had a close working relationship with Archibald Thorburn and travelled to Norway, Sweden, the West Indies and the United States, with his illustrations being used in over 30 publications.

Joseph Wolf (1820-1899) was a German natural history artist. Sir Edwin Landseer remarked that he must have been a bird in his past life due to his virtuosic ornithological illustrations. He spent his time observing birds in the wild as well as caring for pet birds in his home, illustrating works for people including George Robert Gray, John Gould and David Livingstone.

William Huggins (1820-1884) was an eccentric Liverpudlian animal artist who was significantly influenced by George Stubbs. He painted farmyard animals as well as exotic beasts and regularly exhibited at the Royal Academy.

Harry Bright (1846-1895) was an English watercolourist known for his lifelike depictions of birds within their habitats, especially small songbirds. As well as watercolours he produced oils and illustrations, including the books Birds and Blossom (1879) and The ABC of Pretty Birdies (1896).