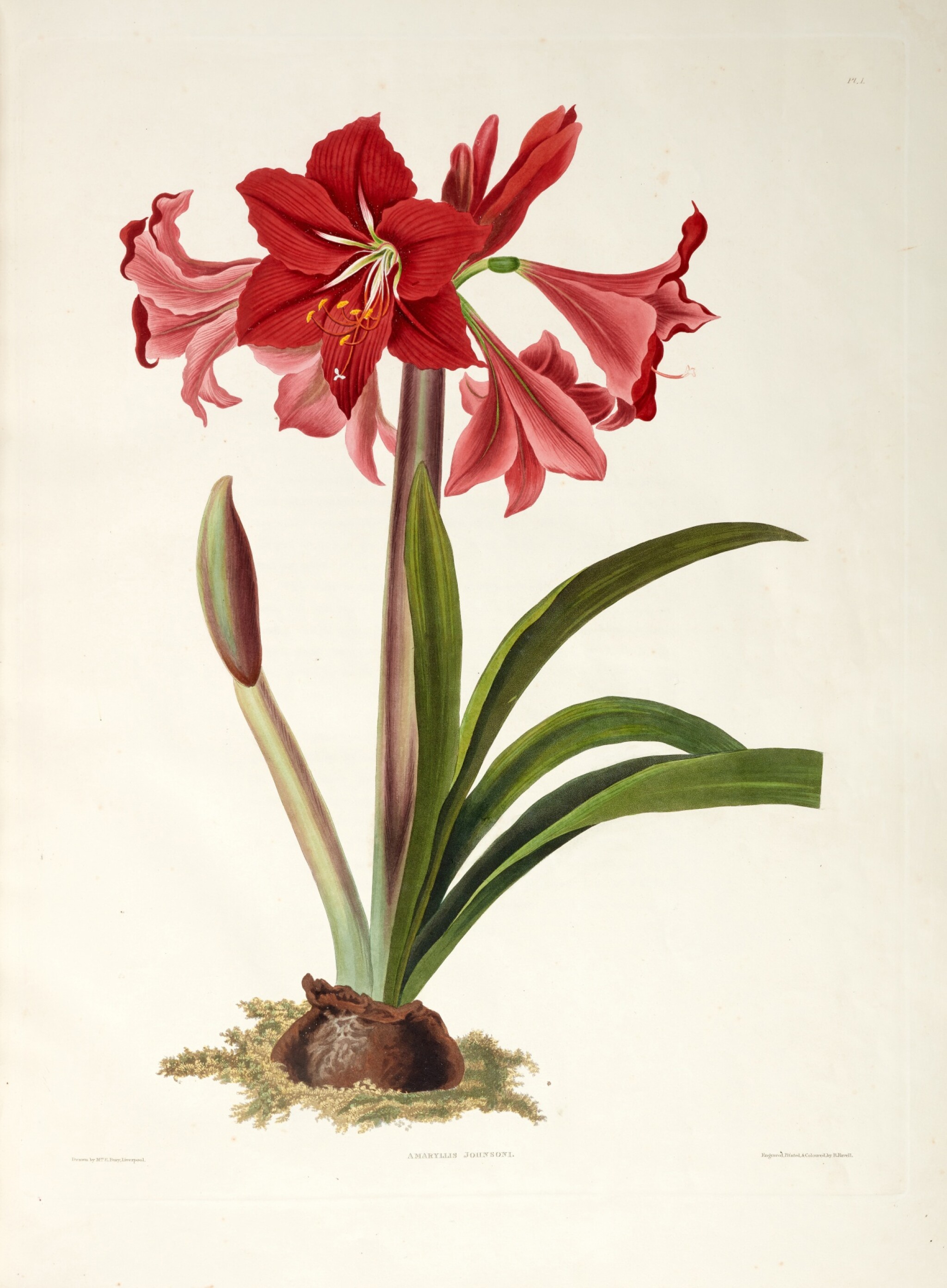 A MONUMENTAL FLOWER BOOK BY THE ACCOMPLISHED FEMALE BOTANIST.

One of the greatest botanical publications of its time, with plates engraved and printed by Robert Havell, at the same time as he was publishing Audubon's Birds of America. Bury's work was conceived as a companion to William Roscoe's Monandrian Plants. Priscilla Bury (1799-1872), was the daughter of Edward Dean Falkner (1750-1825), a wealthy Liverpool trader, who had been high sheriff of Lancashire in 1788, and his wife, Bridgett Tarleton (d. 1819), only daughter of John Tarleton a merchant and shipowner. She lived at Fairfield, two miles east of Liverpool, where she painted plants raised in the greenhouses there. John Tarleton was the brother of Colonel Tarleton (1754-1833), whose portrait by Reynolds resides in the National Gallery. Audubon was one of the subscribers to this large folio.