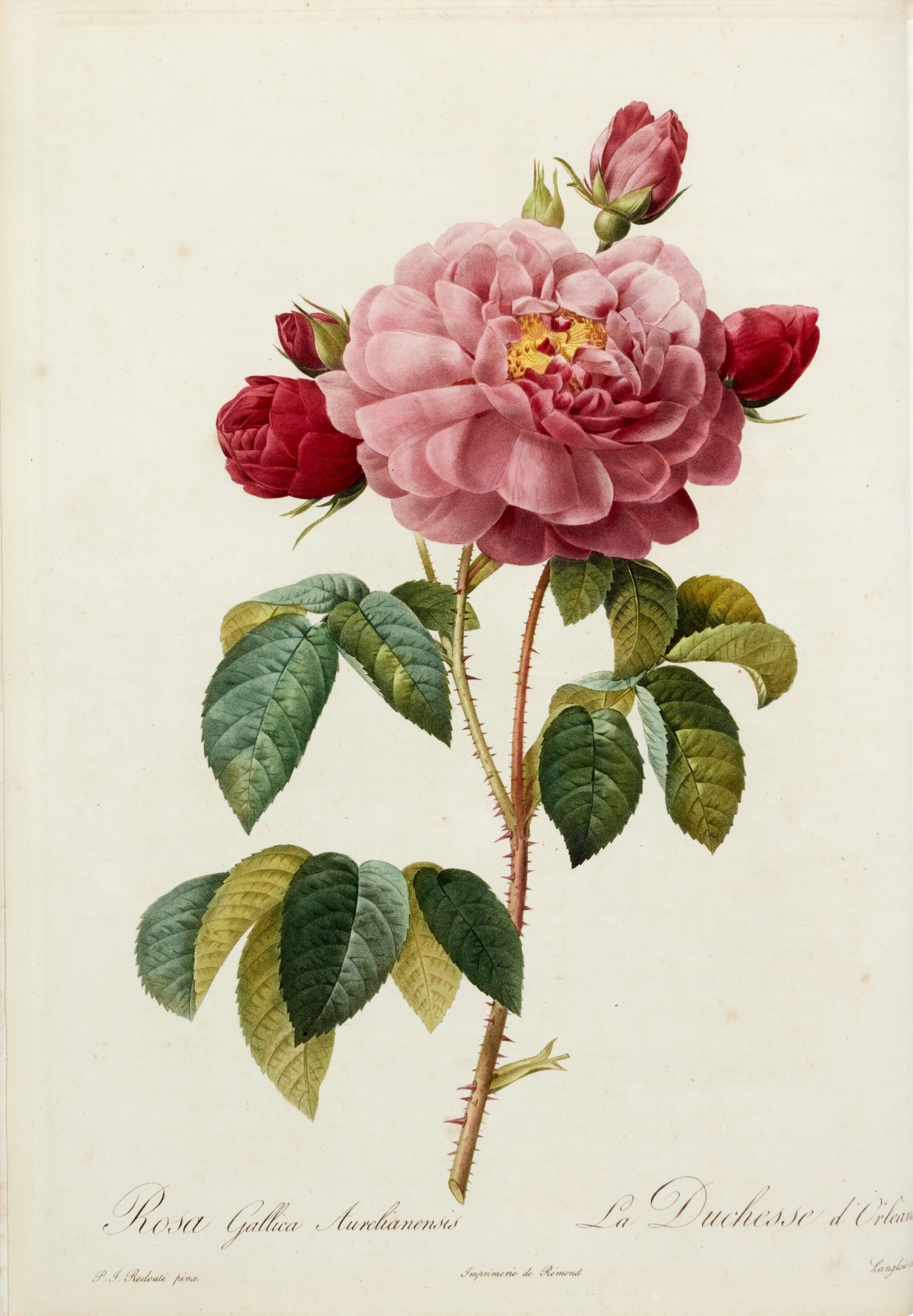 FIRST EDITION, small folio (360 x 260mm.), half-titles, engraved portrait of the author by C.S. Pradier after Gerard, frontispiece and 169 stipple-engraved plates printed in colours and finished by hand by Bessin, Langlois, Chapuy and others after Redouté, nineteenth-century red half morocco gilt, some spotting

Les Roses is perhaps the most celebrated of flower books. "The technical execution of its production was... near perfect. The artistic quality of the plates is high, and there is no reason to mark it any lower than one would Les Liliacées and the Jardin de la Malmaison" (Stafleu). Like Les Liliacées, Redouté's Roses bears testament to the influence of his patron the Empress Josephine Bonaparte, first wife of Napoleon I, even though she did not live to see the book published. Redouté started painting roses at Château de Malmaison, her residence, and, as Stafleu notes, "in many respects the plates are Josephine's roses".