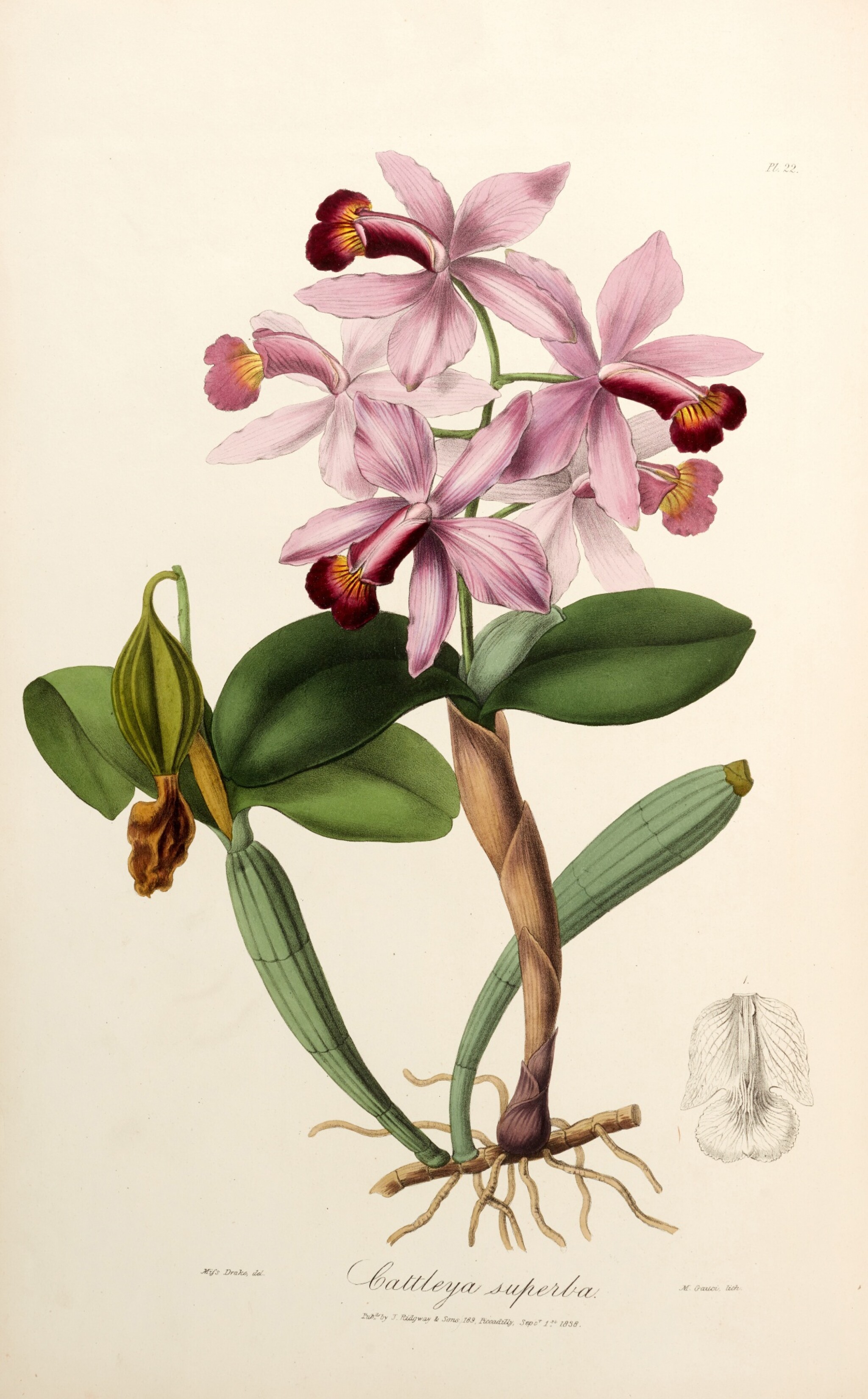 Sertum orchidaceum: a wreath of the most beautiful orchidaceous flowers. London: James Ridgway and Sons, 1838

A SPECTACULAR LARGE-SCALE WORK ILLUSTRATING SOME OF THE MOST BEAUTIFUL ORCHIDS KNOWN, selected by John Lindley, perhaps the greatest early orchidologist, drawn by Sarah Anne Drake and lithographed by Maxime Gauci. Although John Lindley is now known as a botanist of wide accomplishments, the study of orchids had been an area of special interest to him from early in his career when he was employed by the orchid specialist William Cattley. The present monograph is dedicated to another of Lindley's patrons, the 6th Duke of Devonshire, and Lindley includes Joseph Paxton's notes on the growing of orchids at Chatsworth.

George Spencer, the fifth Duke of Marlborough (1766-1840), was previously the Marquess of Blandford, having received the title in 1798. He had a famed library at Whiteknights Park, near Reading.