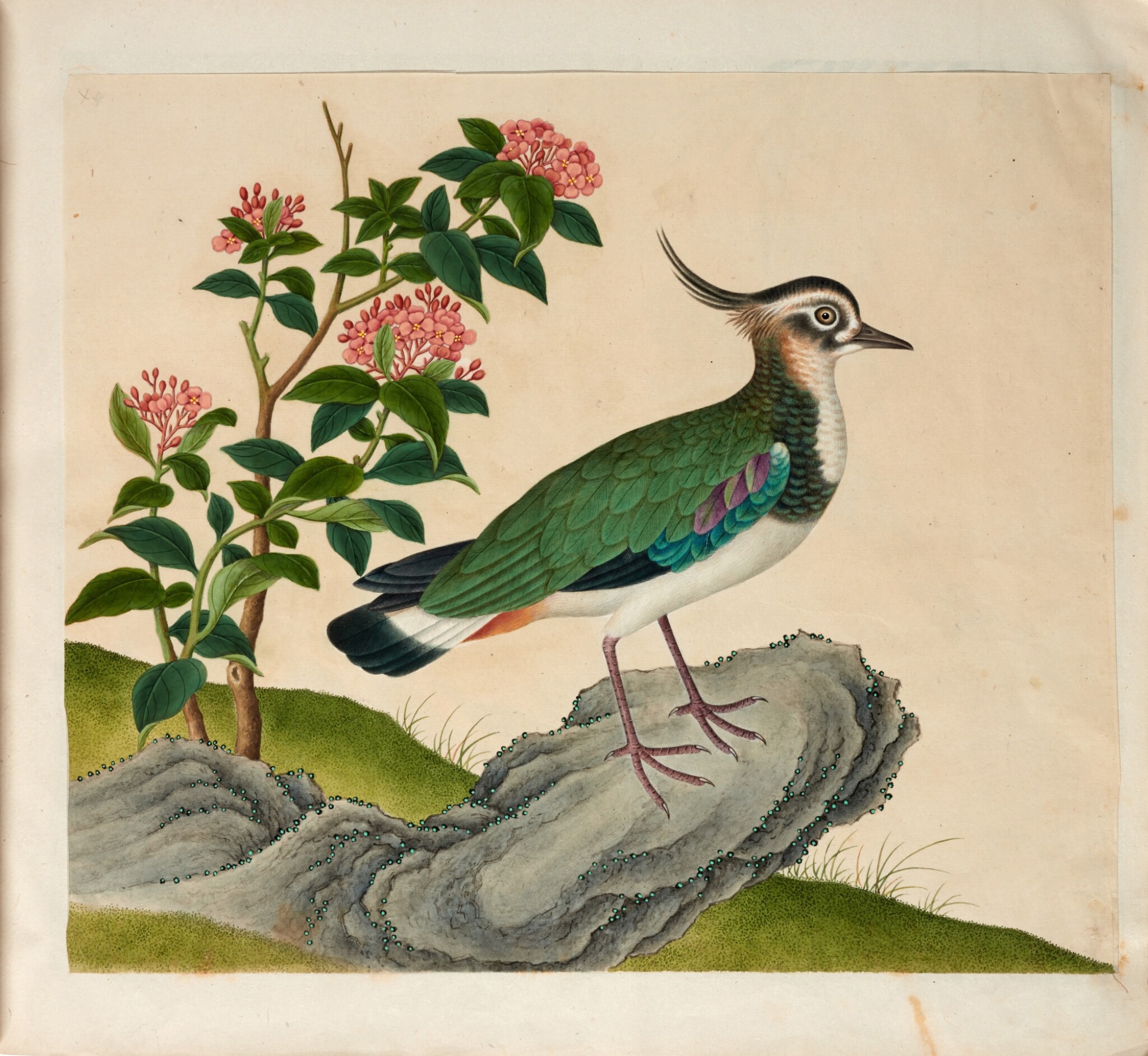 This beautiful album contains exquisite watercolour drawings of birds perched on trees with foliage and flowers, probably the work of at least four Indo-Chinese artists, together with a series of watercolour drawings of Chinese Junks. A bookseller's note loosely inserted in the preliminary leaves states that the album was given by the Begum of Bengal in about 1780 to Mrs. Elizabeth Sophia Plowden. An ink inscription to the front free endpaper reads "23 pictures of birds | Mrs. Elizabeth Sophia Plowden" (i.e. Mrs. Richard Chichely Plowden).

Lutfunissa Begum (1740-1790) was the third (but primary) wife of Nawab Siraj ud-Daulah (1733-1757), the last independent Nawab of Bengal. Elizabeth Plowden (née Prosser) was the wife of Richard Chichely Plowden of the Bengal Civil Service, whose papers are now in the National Archive. Elizabeth was resident in India between 1777 and 1790, during which time she achieved some success "collecting and performing the Persian and Hindustani songs of nautch performers at the Lucknow court". She wrote down these songs in European notation and turned them into published arrangements for the harpsichord which became "all the rage in drawing rooms across the British Empire" (British Library, 2018).