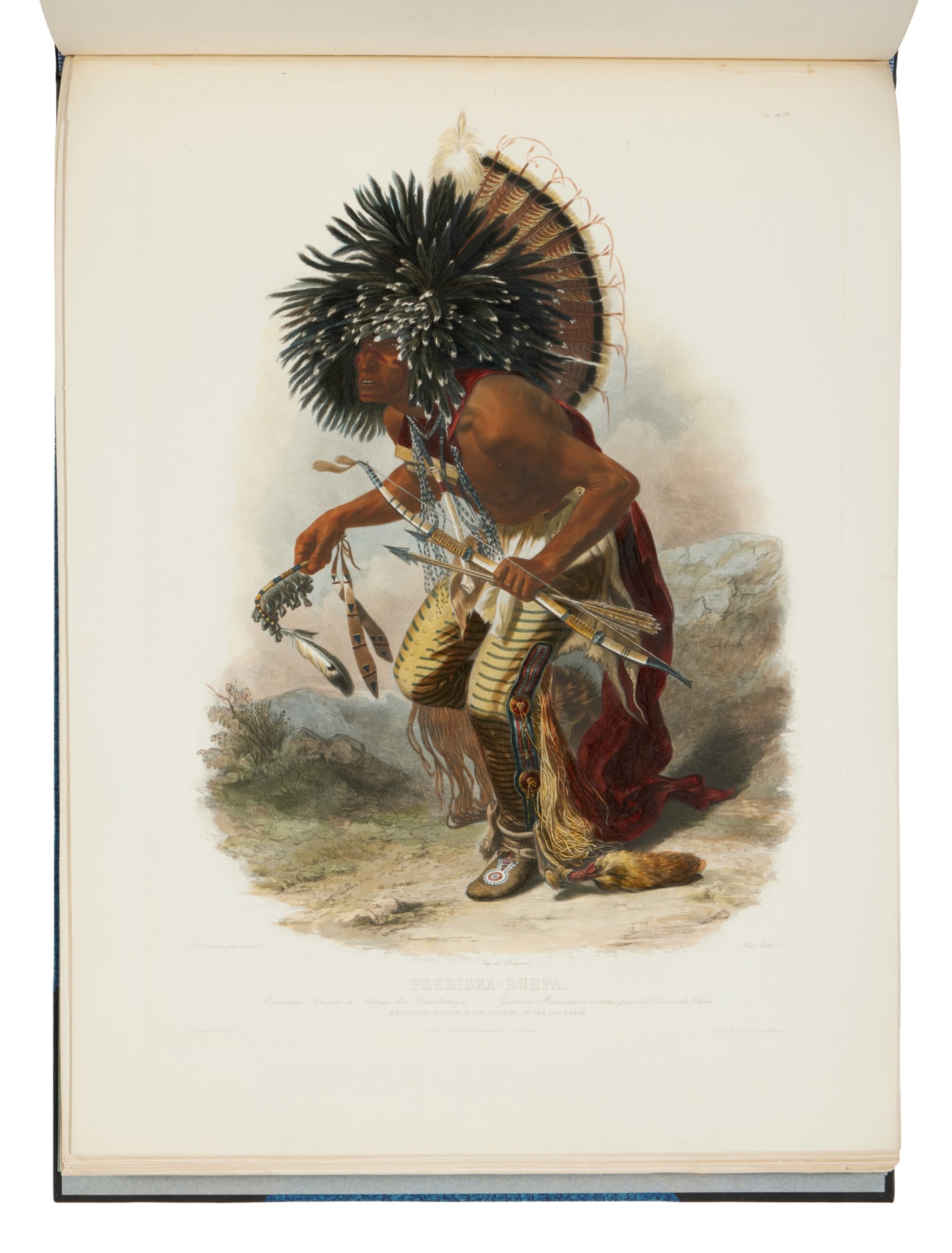 A fully colored copy. The greatest illustrated American travel narrative and the most important depiction of American Indians in the frontier era.

Karl Bodmer was a little-known Swiss painter when he was engaged by Prince Maximilian to record his travels among the Plains Indians from 1832 to 1834—a time when the Plains and the Rockies were virtually unknown. With the rest of their company, the royal ethnologist and his artist journeyed from St. Louis up the Missouri River on the American Fur Company steamboat Yellowstone, stopping at a series of forts built by the Fur Company and meeting their first Native Americans at Bellevue. The travelers continued on another steamboat, Assiniboine, to Fort Union, where they met the Crees and Assiniboins. The expedition spent its first winter at Fort Clark, where the Mandans in particular excited Bodmer's attention, although he was also to draw the Mintari and Crow peoples. The explorers continued by keelboat to Fort Mackenzie, which proved to be the westernmost point of their journey. After living among and studying the Blackfeet for several weeks, Maximilian decided it was too dangerous to continue, so the travelers turned southward, reaching St. Louis in May 1834.

Bodmer's engravings of the Indians encountered on the upper Missouri are among the most iconic and celebrated images of the American West. The work remains the first truly accurate depictions of the Plains Indians to reach the general public and one that was already a record of a lost way of life by the time it reached the public as the the 1837 smallpox epidemic killed more than half the Blackfeet and almost all of the Mandan tribes.