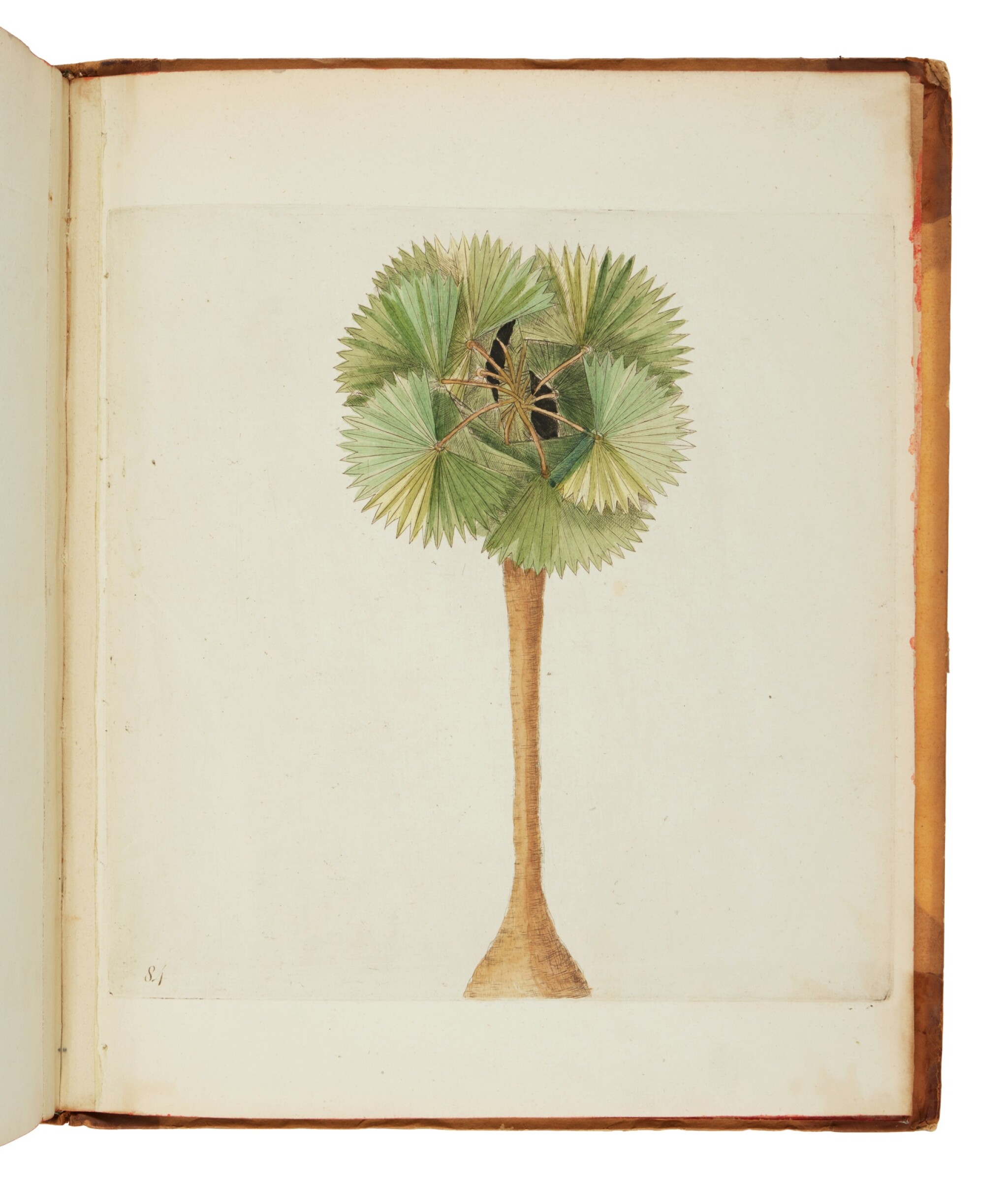 Hortus Europae Americanus: or, A Collection of 85 Curious Trees and Shrubs, the Produce of North America; adapted to the Climates and Soils of Great-Britain, Ireland, and most Parts of Europe. Together with their Blossoms, Fruits and Seeds; Observations on their Culture, Growth, Constitution and Virtues. With Directions how to Collect, Pack Up, and Secure them in their Passage. London: Printed for J. Millan, 1767

First edition, second issue, with the 1767 title-page. Catesby's study of American trees was also intended to serve as a nursery catalogue for their sale, and his preface emphasizes the wonderful diversity of the new world sylva, as well as his own familiarity with it. "It will easily be imagined that a forest of a thousand miles in length, extending twenty degrees in latitude from north to south (for such is the territory of the crown of Great Britain on the continent of America) must afford a plentiful variety of trees and shrubs, that may be usefully employed to inrich and adorn our woods by their valuable timber and delightful shade; or to embellish and perfume our gardens with the elegance of their appearance and fragrency of their odours; in both which respects they greatly excel our home productions of the like kind. ... By a long acquaintance with the trees and shrubs of America, and a constant attention since for several years to their cultivation here, I have been enabled to make such observations on their constitution, growth, and culture, as may render the management of them easy to those who shall be desirous to inrich their country, and give pleasure to themselves, by planting and increasing these beautiful exotics. ..."

One of the full-page plates is Catesby's own re-engraving of the magnolia done by G. D. Ehret for the The Natural History of Carolina (see preceding lot). The other plates of Hortus Europa Americanus are also "closely related to the larger ones of The Natural History of Carolina, but they are not identical, though they seem to be based on the same preliminary material. The text is also related to the Natural History, but since the Hortus concentrated on plants there was room for more detailed information in the descriptions and the directions for cultivation" (Oak Spring Sylva). Uncommon.