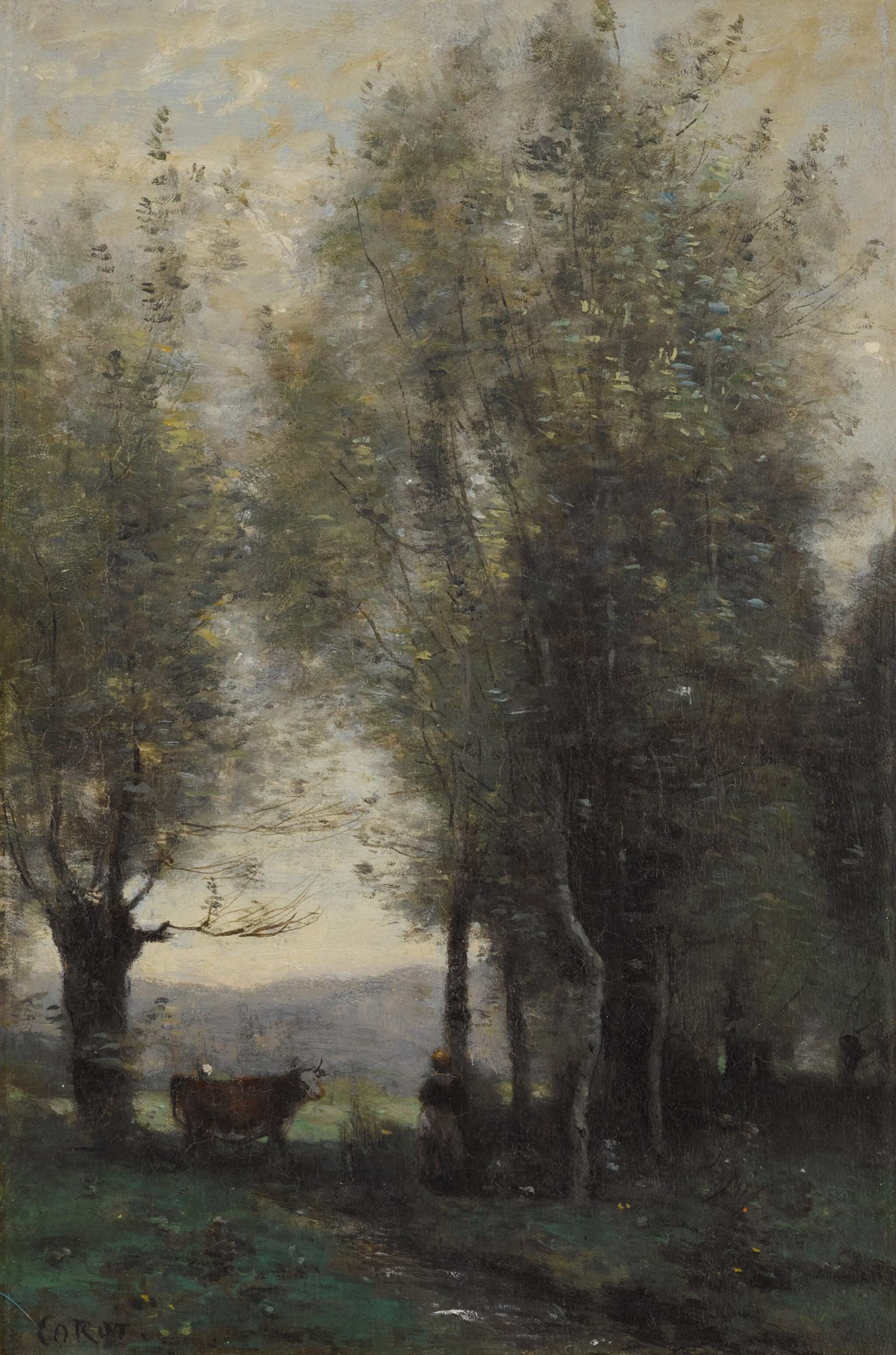 The panel is beveled on all four sides. Fine pigment separation in the dark colors. Under UV light, retouching along left and right edge to address some frame abrasion; a few very minor touches to address pigment in the lower right area.

When Jean-Baptiste-Camille Corot painted La Vachère de Ribagnac around 1855-60 he was already enjoying critical and popular success in Paris where he regularly showed at the official, state-sponsored Salon exhibitions. His poetic treatment of light and emphasis on atmospheric effects began a radical approach to landscape painting that directly inspired the development of Impressionism. Several Impressionists, including Camille Pissarro (1830-1903), would later describe themselves as pupils of Corot, who they felt bridged the classical landscapes of such Old Master painters as Nicolas Poussin (1594-1665) and their new artistic ambitions, painting en plein air. Veiled by a misty morning light, the present scene reveals itself slowly, as Corot intended, granting a glimpse of everyday life in the bucolic countryside.

We would like to thank Martin Dieterle and Claire Lebeau for kindly confirming the authenticity of this lot, which will be included in their forthcoming sixth supplement to Alfred Robaut's L'oeuvre de Corot catalogue raisonné et illustré (Paris, 1965).