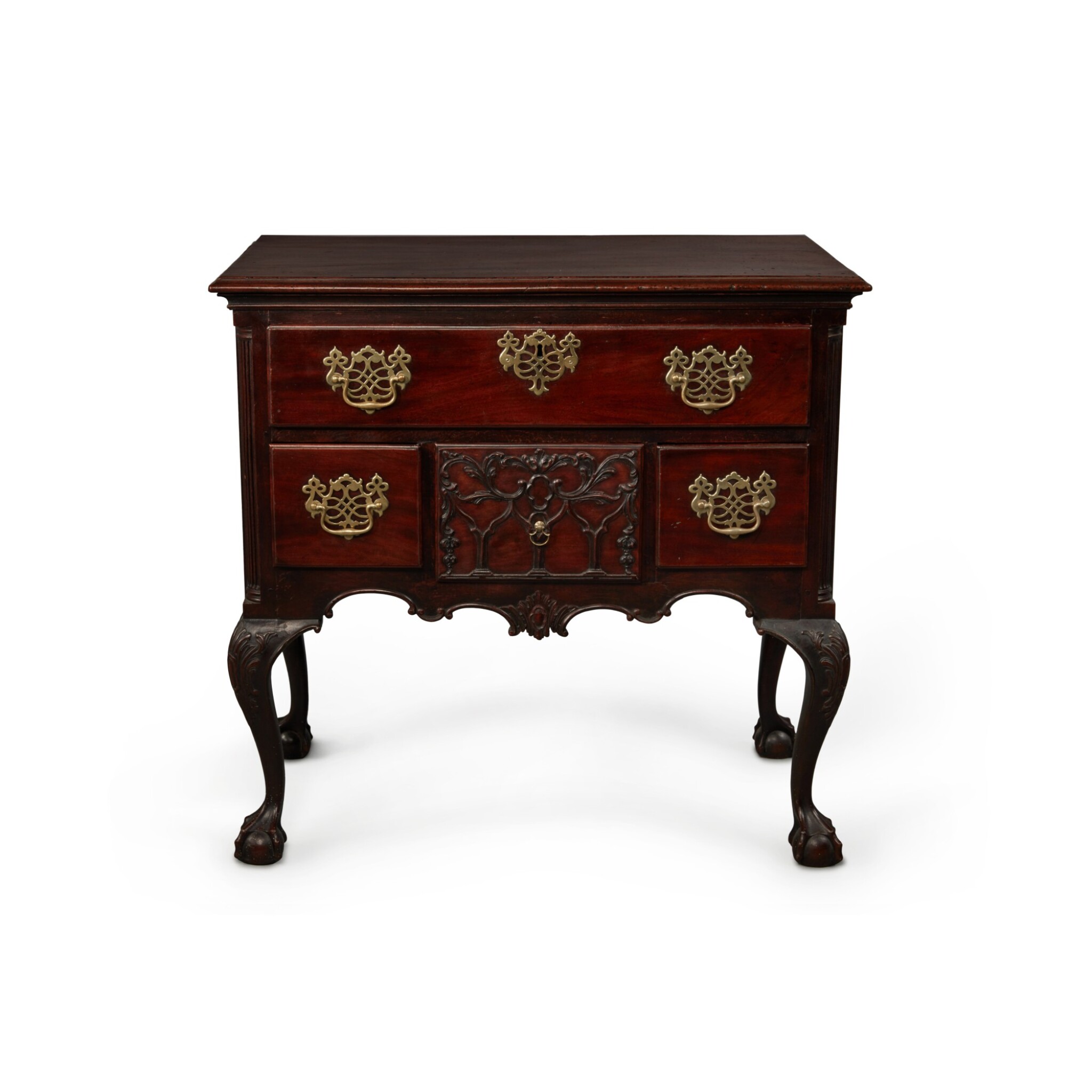 Rather than a shell surrounded by acanthus leafage found on the drawers of most dressing tables of the period, this one exhibits the extremely rare detail of unusual applied carving of Gothic arches below a framework of trailing foliage, a design likely taken from a fashionable English pattern book. Only four other Philadelphia case pieces are known with Gothic carving of this type. A dressing table illustrated by William M. Hornor in Blue Book Philadelphia Furniture as the property of Dr. and Mrs. John B. Carson was sold at Sotheby’s, The Collection of Mr. and Mrs. Walter M. Jeffords, October 28-9, 2004, sale 8016, lot 366. It was sold together with the high chest of drawers made en suite. Another dressing table with a Gothic drawer was sold at Sotheby’s, New York, Important Americana: Furniture, Folk Art, Silver, Porcelain, Prints And Carpets including Property Sold by the Philadelphia Museum Of Art, January 26, 2013, sale 8950, lot 419. A third example is illustrated in Luke Vincent Lockwood, Colonial Furniture in America, (New York: C. Scribner's Sons, 1913), p. 113, fig. 112 and is now in the collection Washington’s Headquarters at Ford Mansion in Morristown, New Jersey. The fourth is in a private collection.

The matching high chest base was illustrated in a Henry Weil advertisement, Magazine Antiques, vol. 13, no. 1, January 1928, p. 18.