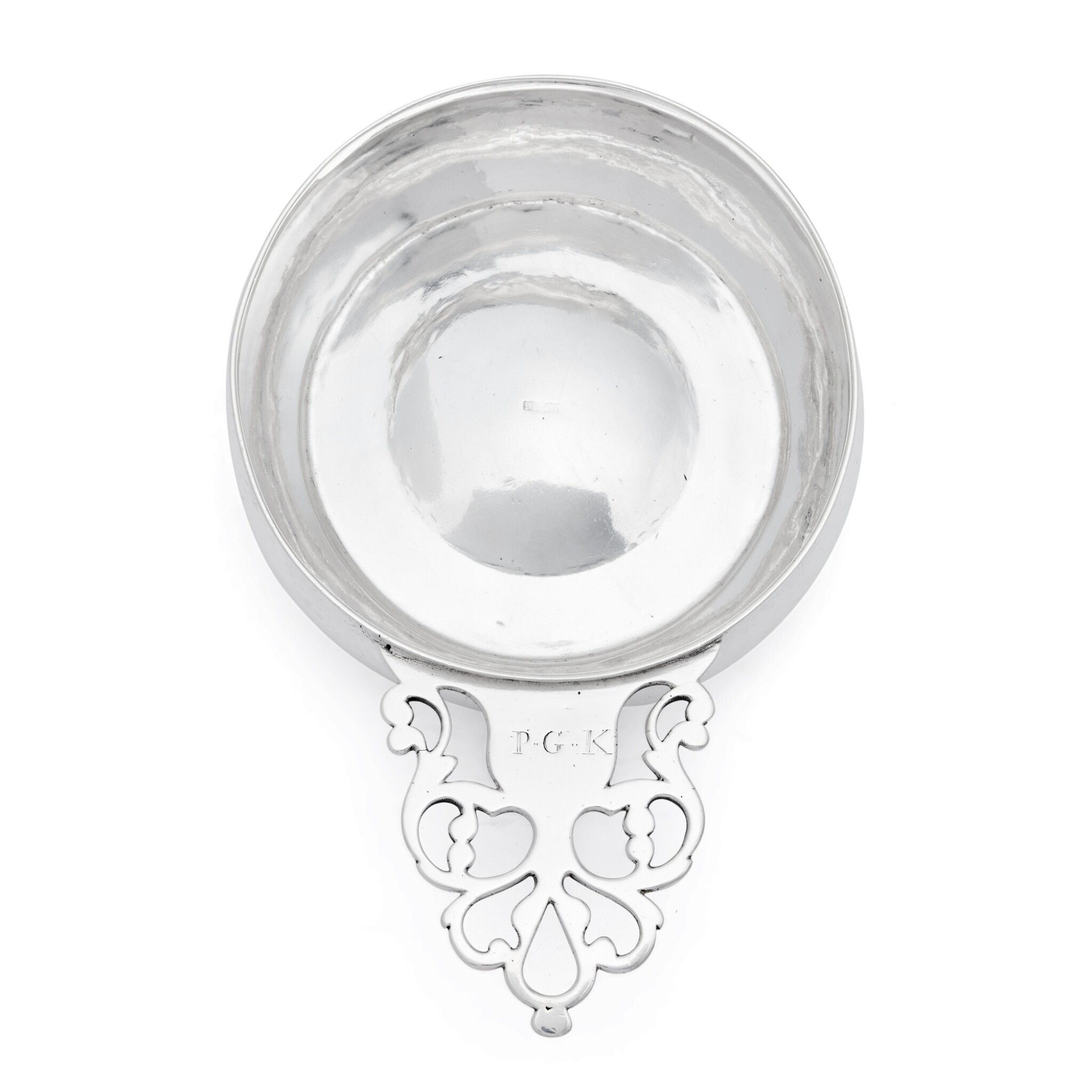 Patricia Kane lists this porringer and its mark under Revere Sr. (mark G) and Jr. (mark A), Colonial Massachusetts Silversmiths and Jewelers, p. 820 and 880.

The Collections of the Massachusetts Historical Society 1922, 1739, broadside, contains the following notice “Philip Godfrey Kast takes the Pleasure to acquaint his friends and the Public that he has just imported from London and is now opening at his Apothecary store at the sign of the Lion and Mortar, in King Street, Salem.”

Nathaniel Hurd engraved his trade card circa 1774, described in French, Hollis, Jacob Hurd and his Sons, Silversmiths, p.77, depicting a Corinthian column at the left with an iron crane supporting a hanging sign with a lion wielding a pestle in a mortar. Listed on the card are some of his stock in trade “Turlington’s Balsam of Life. Bateman’s pectoral Drops. British Oyl. Stoughton’s Elixir Salutis. Hooper’s female pills. Lockyers SD & the freshest & best of Drugs & Medicines of all kinds where Apothecary & Doctors Town and Country may be Suppl’d with large or small Quantities at the Cheapest rate. Where also may be had compleat Setts of Surgeons Pocket Instruments, Marble Mortars, Double flint Bottlers from half ounce to quart with glass stoppers. Together with most Kinds of grocery ware Dye Stuff. N.B. Doctors and Traders may be as well Suppl’d by Letter as if present Themselves, Nat Hurd Sculp.” This copy is property of The American Antiquarian Society, reproduced in Old Time New England, Serial No. 84.