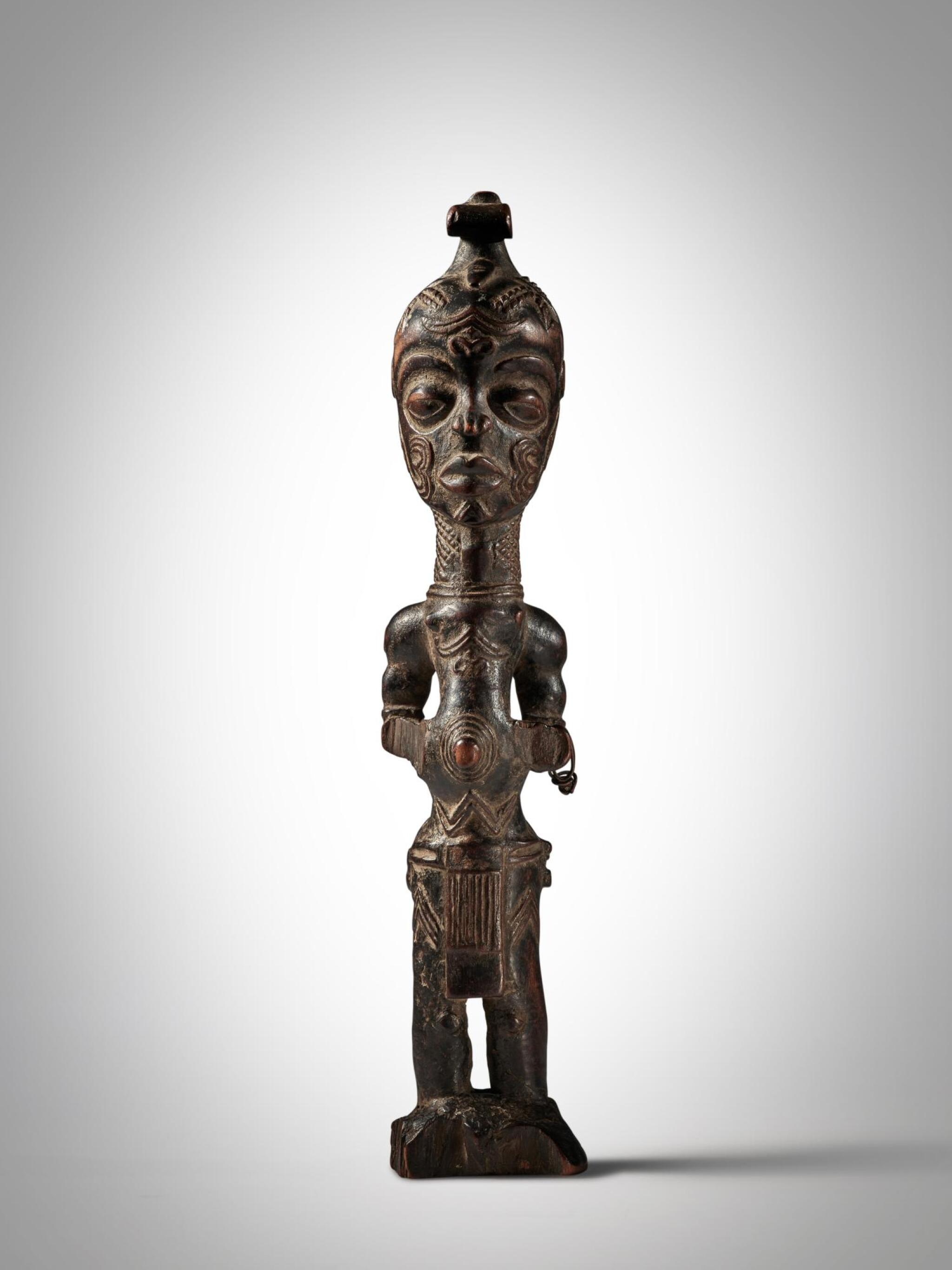 The Luluwa people live in south-central Democratic Republic of the Congo, along both shores of the Luluwa river in the north and the Kasai river in the west. Situated between the empires of the Luba, Chokwe, and Kuba, the Luluwa received significant cultural impulses from their neighbors which they converted into a highly sophisticated culture of their own. The name Luluwa covers a number of subgroups whose languages are variants of Chiluba, the language spoken by the Luba people. According to Petridis, the Luluwa "are said to have had their origin in Katanga Province in southeastern Congo, emigrating in successive waves between the 17th and 18thcenturies." (Petridis, Art and Power in the Central African Savanna, Cleveland, 2009, p. 119).

Petridis explains: "The special attention devoted to physical beauty [...] was captured by the Chiluba term bwimpe [... which] denotes physical perfection as a sign of moral integrity, thus combining the Western notions of beauty and goodness.

The emphasis was placed on cultural or ‘human’ beauty, that is, beauty created by human beings; scarification was one of the supreme expressions of this ideal. [...] the notion of beauty and goodness was expressed through anatomy as well as scarification and other forms of skin beautification. Thus [...] large heads, and high foreheads were considered signs of beauty. [...] Finally, much like the Luba-Katanga [...], the idealized beauty [...] was also meant as an invitation to the ancestral spirits to inhabit the sculptures and use them as intermediaries between the natural and supernatural worlds." For the equivalent belief in the Luba tradition cf. Roberts and Roberts [Memory: Luba Art and the Making of History] 1996, p. 84, text to cat. no 31.

Another characteristic of Luluwa statuary is the hairstyle of one or more curved braids pointing upwards, usually one protruding from the crown of the cranium. Petridis (2009: 128) elucidates the meaning of the coiffures: "In the Luluwa context the fontanels (soft spots of the cranium of an infant) signified double sight – that is clairvoyance and the ability to discern the invisible in the visible and the past and future in the present.” (ibid., pp. 127-129).