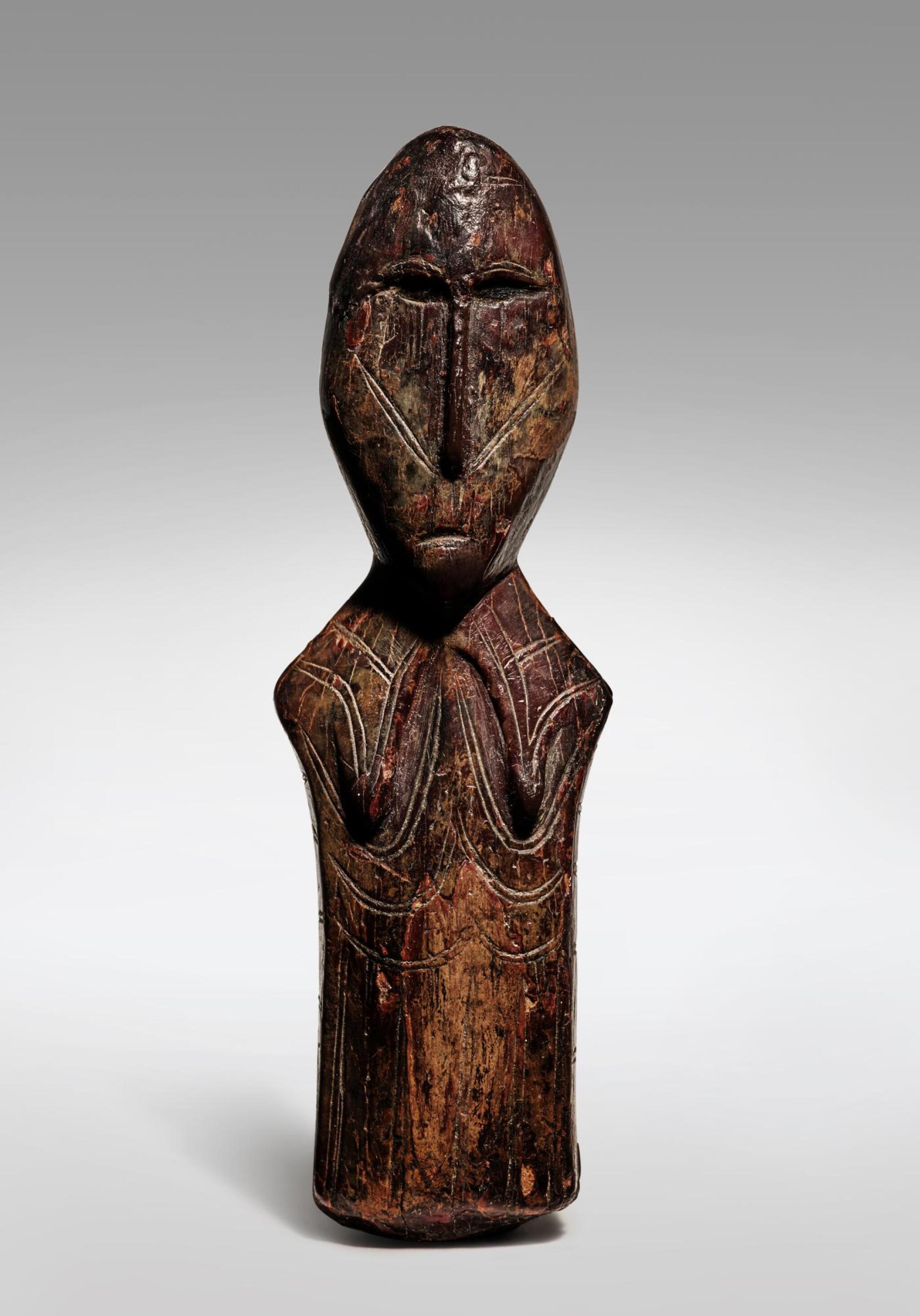 This figure's intent expression is pregnant with meaning and imbued with a deeply poetic and spiritual presence. From the base of the long, thin nose two delicately incised lines indicating tattoo marks run to the high, subtly modeled cheekbones. The eyes are carefully incised below the narrowed and naturalistic brows. The torso has a monolithic quality, its form animated by the subtle curves of the sagittal and coronal planes, and by the detailed depiction of the breasts, which calls to mind the famous Okvik figure from the Punuk Islands that is now in the collection of the Alaska State Museum, Juneau (inv. no. II-A-5106). The pose possesses a solemn stillness that, together with the intense gaze, suggests a frozen moment of meditation. The body is covered with a tracery of finely incised lines which may represent a garment, tattoos, or charm straps and waistbands (See Fitzhugh, Hollowell, and Crowell, eds.,Gifts from the Ancestors: Ancient Ivories of Bering Strait, Princeton, 2009, pp. 76, 192-193, and 198). Within the corpus there is considerable variation in the forms of decoration, which raises the question of whether there was perhaps an intention to depict specific individuals, or purely to make each sculpture individual in its own right.

The quiescent pose and meditative air encourage the viewer to transpose one's own thoughts upon this sculpture, which does not reconcile its own purpose for us. On the basis of comparison with objects from the historic period (post-1732 AD), some scholars have posited that these figures were dolls, a suggestion that has not been met with entirely widespread approbation. Dissent perhaps arises because of the prosaic purpose suggested by the word "doll", which in this context is also somewhat misleading since such objects were not mere playthings even in the historic period, but rather had "apotropaic functions, including protecting against disease, serving as fertility and birthing amulets, and acting as general household guardians and deities." (ibid., p. 292).