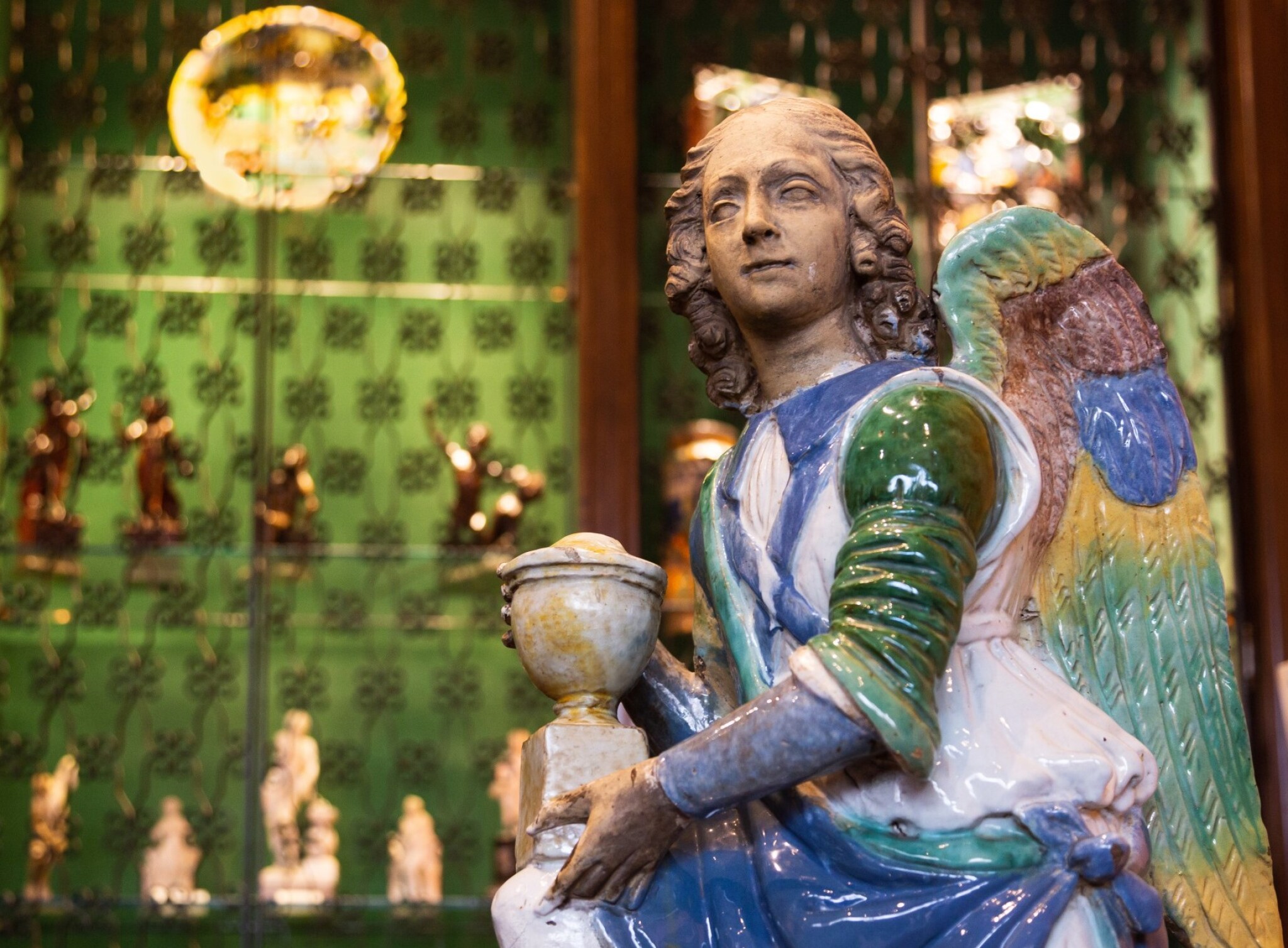 The Angel with several firing cracks, consistent with the technique, in particular:

A circa 7 cm square loss to the terrace, below his proper right foot.

A few minor losses to the glazed terracotta in several places, in particular to the vase in his hands, to the edges of the wings, as well as to the lower edges.

Several hairline fissures to the glaze, consistent with age and the material.

Benedetto Buglioni was a pupil of Andrea Verrocchio and became the director of the only rival workshop that produced glazed terracotta works of art in Florence in the 16th century. In this charming figure of a candle-bearing angel, the modelling of the face, the wings and the expression show a clear debt to della Robbia's style but the unglazed portions (the head, hands and feet) and some of specific colors seen here are comparable to other kneeling angels ascribed to Buglioni by Giancarlo Gentilini (I Della Robbia, exhibition catalogue, Fiesole 29 May – 1 November 1998), particularly a pair of kneeling angels from the Spinelli collection, Florence, illustrated by Gentilini (p. 353) in the Fiesole exhibition catalogue.

Another example of this type of angel, a single candelabrum-bearing angel in Cavriglia (op. cit., fig. 14) by Benedetto Buglioni, dated to circa 1480-90, shares some stylistic similarities with the present angels: the general composition of the gown with intersecting bands on the chest, the softly worked feathers of the wings and more distinctively, the oval-shaped faces with almond-shaped eyes and heavy eyelids. A pair of nearly identical white glazed kneeling angels with very similar heads and costumes were sold at Christie’s London 9 December 2010, lot 281, there attributed to Buglioni. Another single angel of the same size, also attributed to Buglioni, with very similar colors, drapery design and facial type is in the Museo Internazionale delle Ceramiche in Faenza (inv. no. 828).