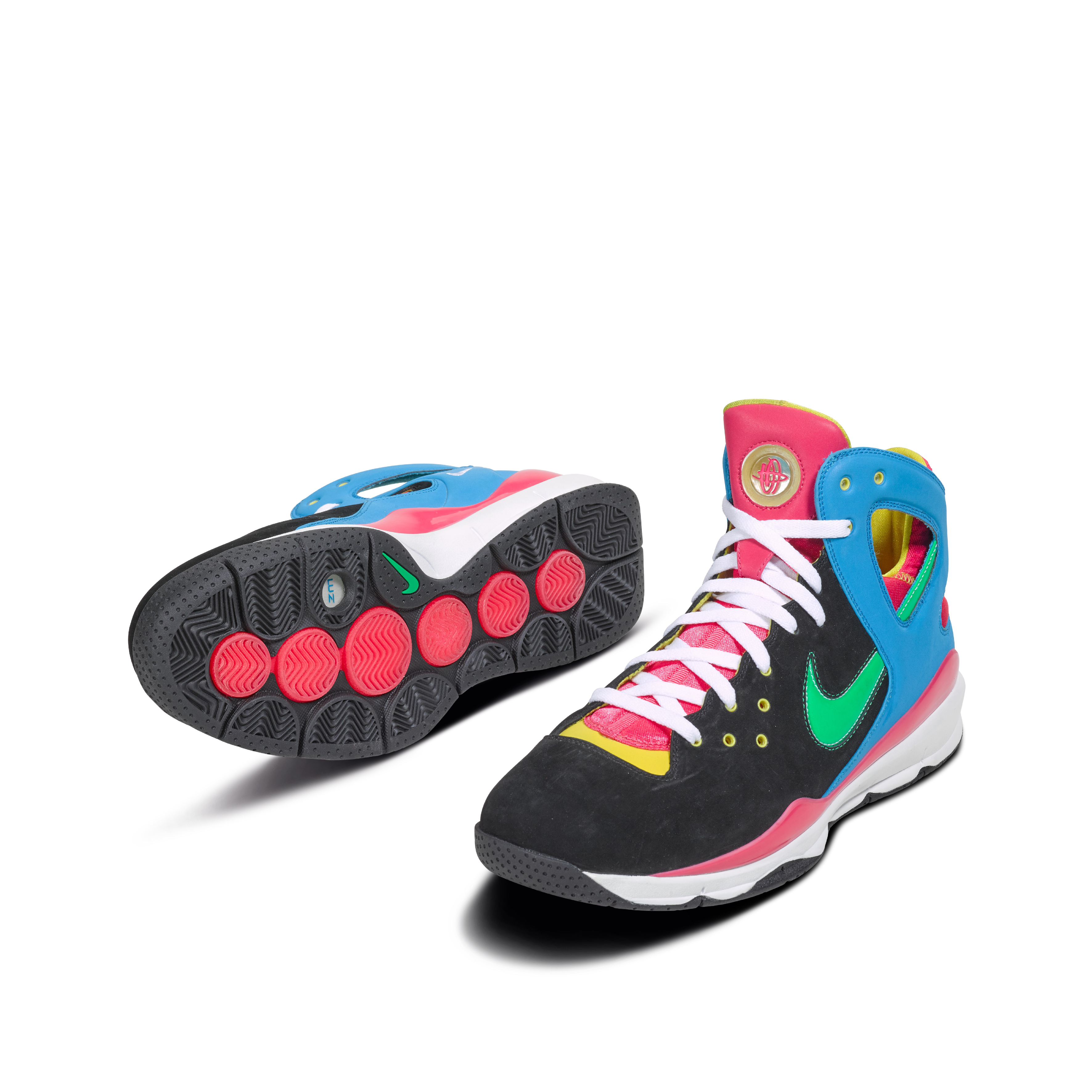 The ‘Glow in the Dark Tour’ Huarache, designed in 2008, is one of the rarest Kanye West samples known to exist - this pair being in West's size. It is rumoured that less than 10 pairs were created. The sneakers were made by Nike in honour of Mr. West, with colours reminiscent of his neon-inspired concerts in the late 2000s. The Glow In The Dark Tour set precedent for what a successful holistic performance could look like - a mix of the music, artist, scene and storytelling.

The high-cut colourful creation plays with contrasting materials of velvet, nylon and leather. The upper is predominantly a black velvet with a green leather Swoosh and exposed stitching throughout. The ankle is a reflective cut-out blue and the back heel is finished in rubber with Nike branding.

Prized by collectors for their unusual backstories and exceptional rarity, unreleased samples are among the most sought-after Nike sneakers. There are many reasons why a sneaker might never see a release – from legal concerns to behind-the-scenes creative differences – all of which add to a rare sneaker's special allure.