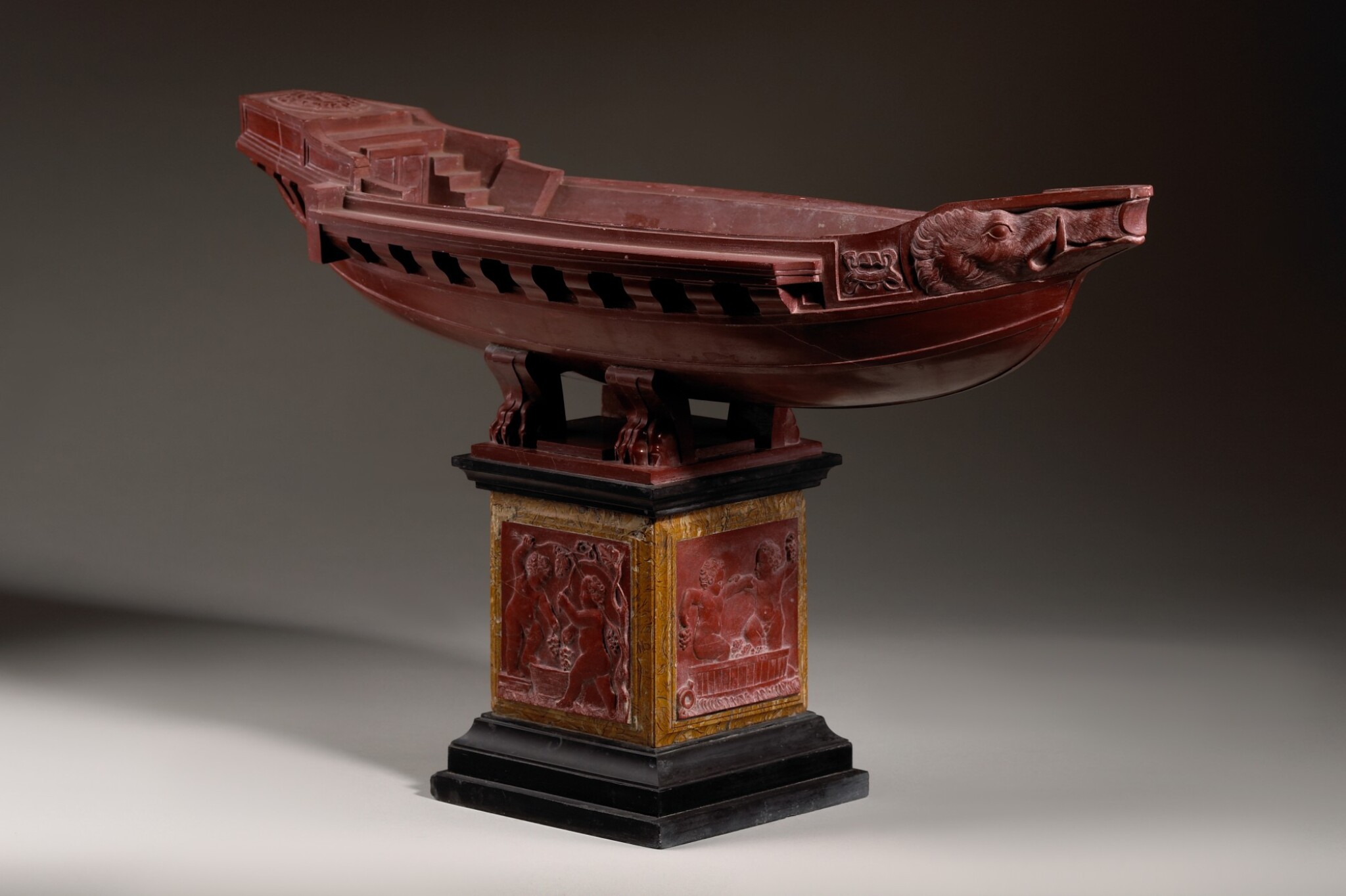 In overall good condition. Minor old marks and scratches consistent with age and use. Minor scuffs to edges as to be expected and some very minor losses to corner and surface in areas to lumachella on plinth.

Benedetto Boschetti is to date not well documented although some of his works have been identified and his workshop in Via Condotti, no. 74, was listed in 1856, by Bonfigli in the Artistical Directory or Guide to the Studios of The Italian and Foreign Painters and Sculptors, Rome, 1856, which stated, 'The Establishment is particularly conspicuous for its great variety of marble works, bronzes, candelabras, table tops, etc. besides a rich collection of the best mosaics and shell engravings' and Boschetti had 'attained the Prize Medal at the Exhibition in London'. Boschetti is also mentioned in the 1858, 1867 and 1869 editions of Murray's Handbook, p.XXVI, sec. 36.