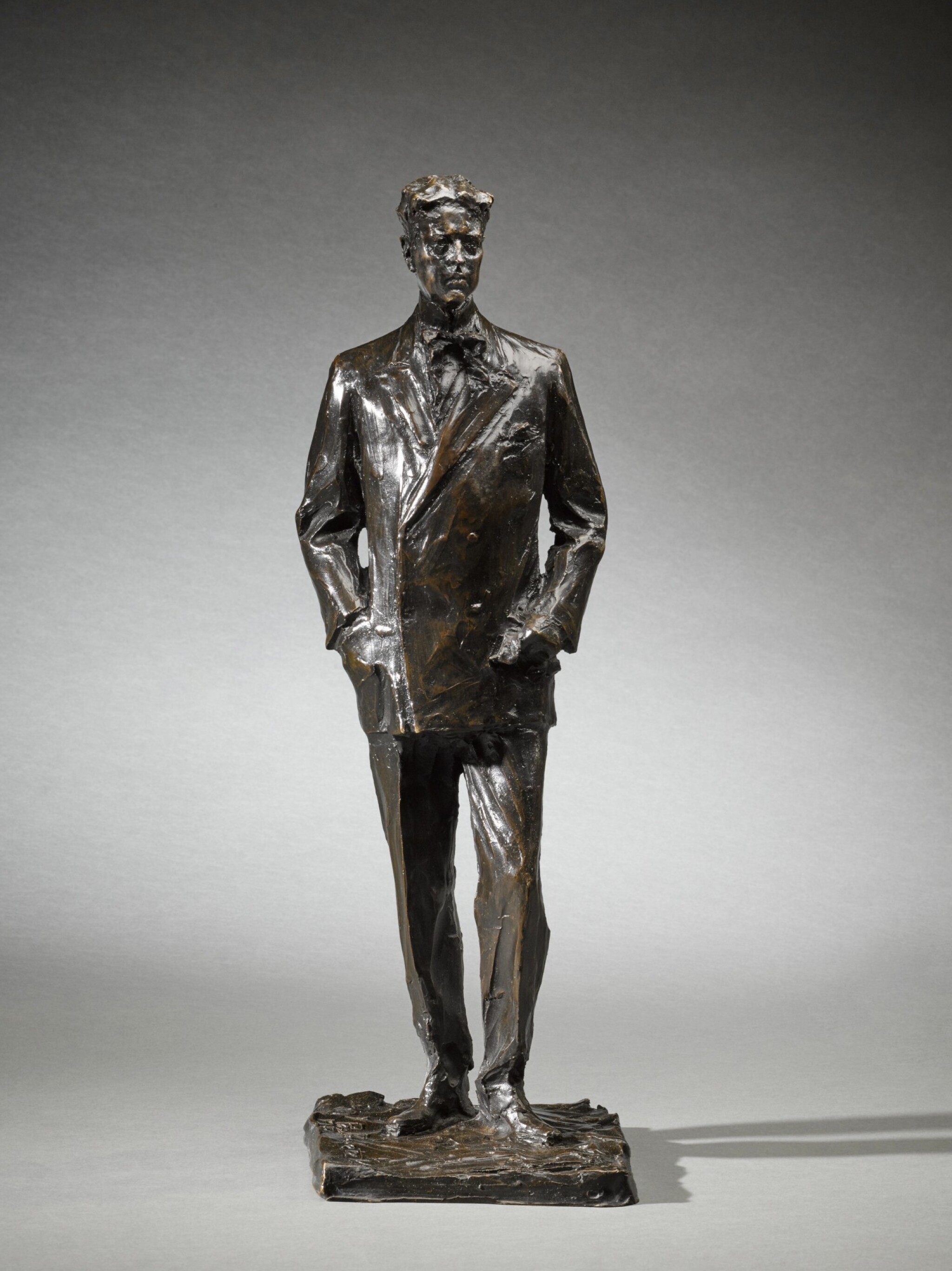 Willem Kissam Vanderbilt II (1878 – 1944) was a member of the prominent Vanderbilt family based in New York. Educated at Harvard, Willem was an avid yachtsman, automobile driver, and horse racing enthusiast. He participated in various yachting competitions and won the Sir Thomas Lipton Cup in 1900. In 1904, Willem started the infamous Vanderbilt cup, which became an important trophy in auto racing. Together with his brother, Willem worked for the New York Central railroad company, owned by his father, which he later inherited.

Around 1910, Willem commissioned Troubetzkoy to make portraits of himself, his wife Virginia, his two daughters, and of his thoroughbred horse – demonstrating his passion for horses, an affinity that was shared with Troubetzkoy. As his father was a horse breeder, Willem became fascinated with the animal from a young age.

W. K Vanderbilt stands in a natural and effortless pose, with his hands casually in his pockets. Troubetzkoy conveys a sophisticated impression of Vanderbilt, resonating with the self-confidence of New York high society in the early 20th century.

The present model was exhibited in New York, Chicago, St Louis, Toledo, Newport, and San Francisco between 1911 and 1917. Willem Vanderbilt had a significant influence on the American art scene and financed the “Society of Independent Artists” from 1917.

The bronze was made during the later stage of Troubetzkoy’s career, when he focussed on portraiture of high society individuals. Troubetzkoy made several bronze casts of the model, and the plaster version is in the Museo del Paesaggio, Verbania (inv. T n. 311).