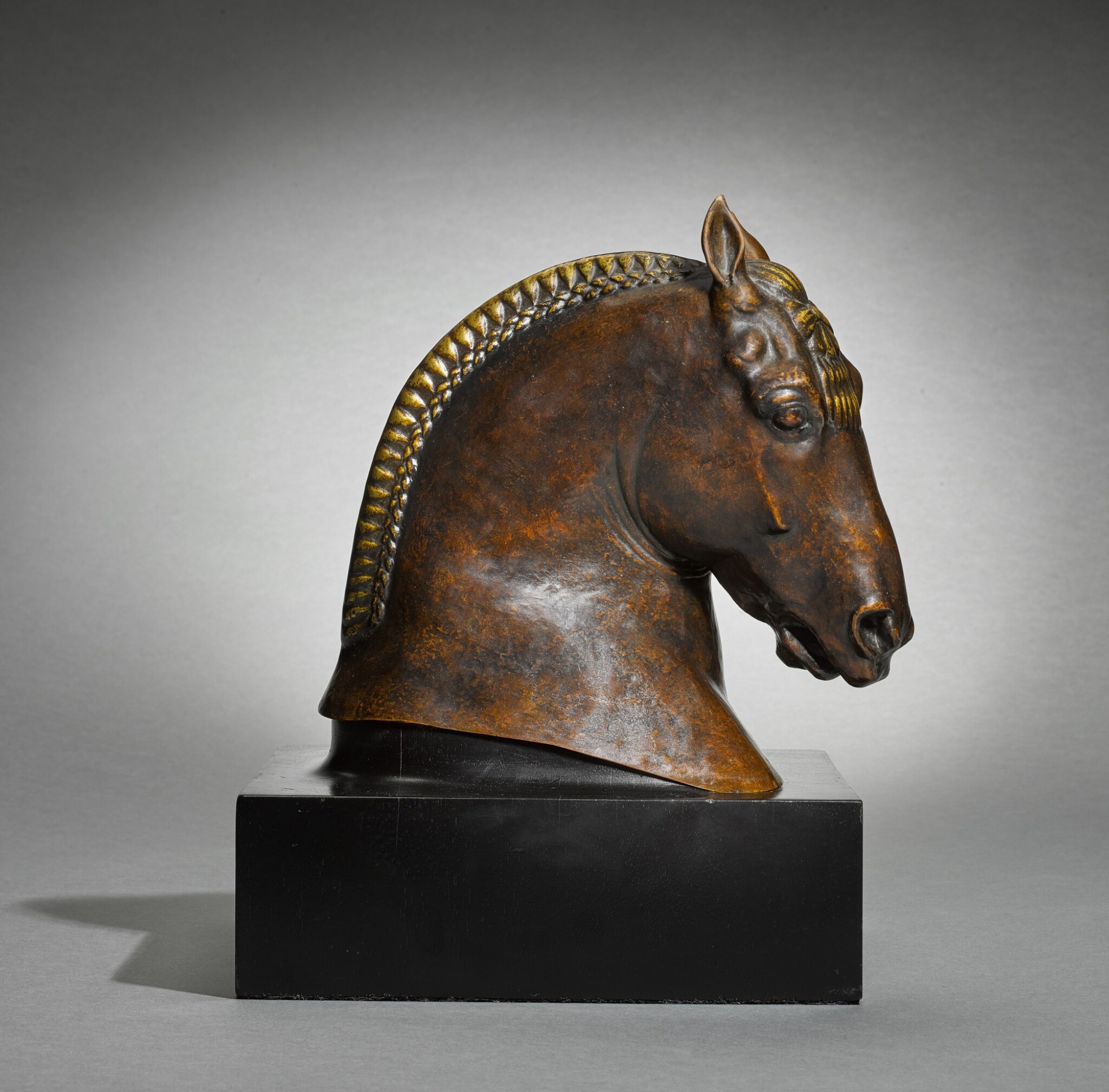 bronze, reddish brown and gilt patina, on an ebonised wood base

with a metal plaque to the underside of the base inscribed: Suffolk Punch Stallion / From the Statuette in The Luxembourg / Presented to Theodore Cook by / The Sculptor Herbert Haseltine, 1927

Private Collection, UK
Salisbury, Messum’s Wiltshire, Art in Motion: The Spirit of the Horse, 2017
In 1922 Herbert Haseltine began the project which was to become his most distinctive sculptural legacy - his series of 26 British Champion Animals. Inspired by the simplified and stylised forms of Egyptian sculpture, Haseltine set out to distil the essential characteristics of each breed, using prize-winning subjects. For the series Haseltine travelled extensively across Britain, sketching and modelling from life and subsequently finishing the models in his Paris studio.

Sudbourne Premier, foaled 1919, belonged to Percy C. Vestry of Eastham Park, Wickham Market. At a time when British achievements in Animal Husbandry were unparalleled, Sudbourne Premier attained no fewer than seven first class showings at Royal Agricultural shows. Haseltine described his encounter with the great Suffolk Punch stallion: "Sudbourne Premier was at his best: he stretched his neck and champed his bit, looking intelligently to right and left, showing a little of the whites of his eyes, which gave more life and expression to his already expressive and classical head."

This bronze head represents a detail, first modelled circa 1922, of the original one-third lifesize full figure of Suffolk Punch Stallion. Haseltine's highly stylised depiction, though distanced from naturalism, retains a vivid quality due to the flickering attention of the eyes. The careful gilding and patination of the bronze, mimicking the horse’s chestnut coat, imbues it with a jewel-like quality.