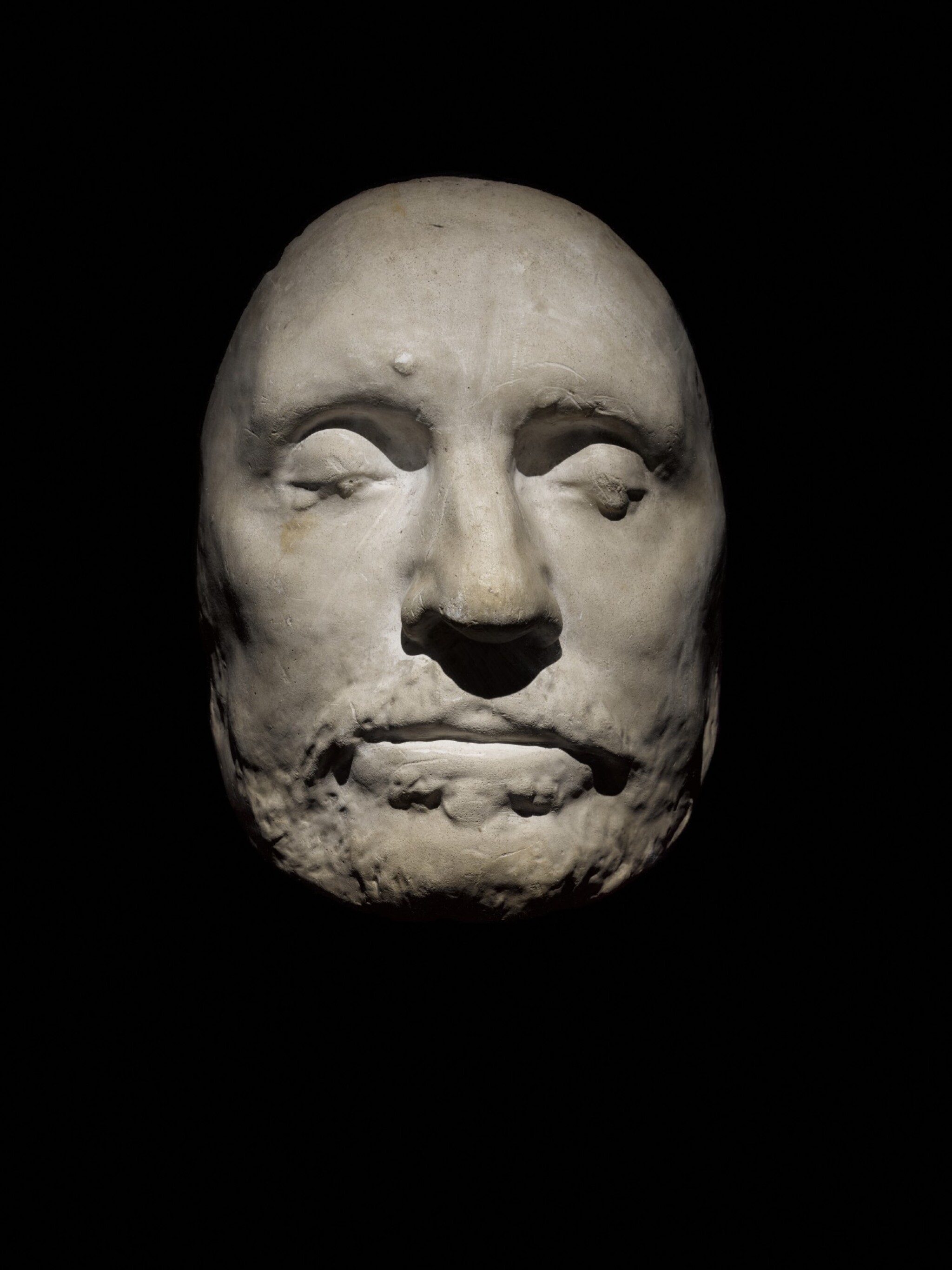 To requested a Condition Report for this lot, please contact Niamh.Ryan@sothebys.com

By descent in the Holland Family.

Part of the sale proceeds from the present lot are to benefit Sidney Sussex College, Cambridge.

THE FACE OF THE REGICIDE AND LORD PROTECTOR.

Oliver Cromwell, the MP who had risen to command Parliament's armies, enabled the execution of King Charles I, and ultimately ruled the British Isles for nearly a decade, died on 3 September 1658. It was a date that had previously been personally auspicious; two of his greatest military victories, the Battles of Dunbar and of Worcester, had been fought on 3 September. He remains one of the most significant and controversial figures in British history, and his death left a power vacuum that proved impossible to fill. Within two years the executed king's son sat on the throne.

This evocative cast is taken from a death mask that was taken some 10-14 days after Cromwell's death, after the body had been subjected to an intrusive autopsy (poison was suspected). Evidence of the autopsy are disguised but the cast retains clear impressions of the pads placed beneath the eyelids to prop up the sunken eyes, as well as a rough beard that the usually clean-shaven Cromwell grew on his death bed. The cast is believed to have been produced for Thomas Simon (1618/9-1665), chief engraver to the mint, who had produced several medal portraits of Cromwell. Simon was responsible for modelling a wax head which formed part of an effigy of the Lord Protector that was used in his quasi-royal funerary ceremonials, and a death mask would of course have been ideal as a basis for the effigy's facial features. This effigy, bearing orb, sceptre, and crown, lay in state at Somerset House from 20 September and was also placed above the coffin during the solemn procession to Westminster Abbey, where the state funeral was held on 23 November (one of the escutcheons used in the ceremonials was sold in these rooms on 10 July 2013). Cromwell's body played a minimal part in the public ceremonials: it had been badly embalmed and began to decompose, so was interred at the Abbey some two weeks before the funeral (the beautifully engraved brass plaque placed on the coffin was sold in these rooms on 9 December 2014).

Given Cromwell’s enormous significance, and the potency of the mask itself, it is unsurprising that a number of casts of the death mask survive. The current example is one of a group that has been described as the “Distorted Ashmolean” type, of which another example is found at the National Portrait Gallery (NPG 4025). The nose is slightly deflected to the right and a wart on the forehead (which is missing in some copies of the mask) appears to have been “stuck on”.

Plaster masks are notoriously difficult to date but it is believed that this copy was purchased by the current consignor's family in the nineteenth century.