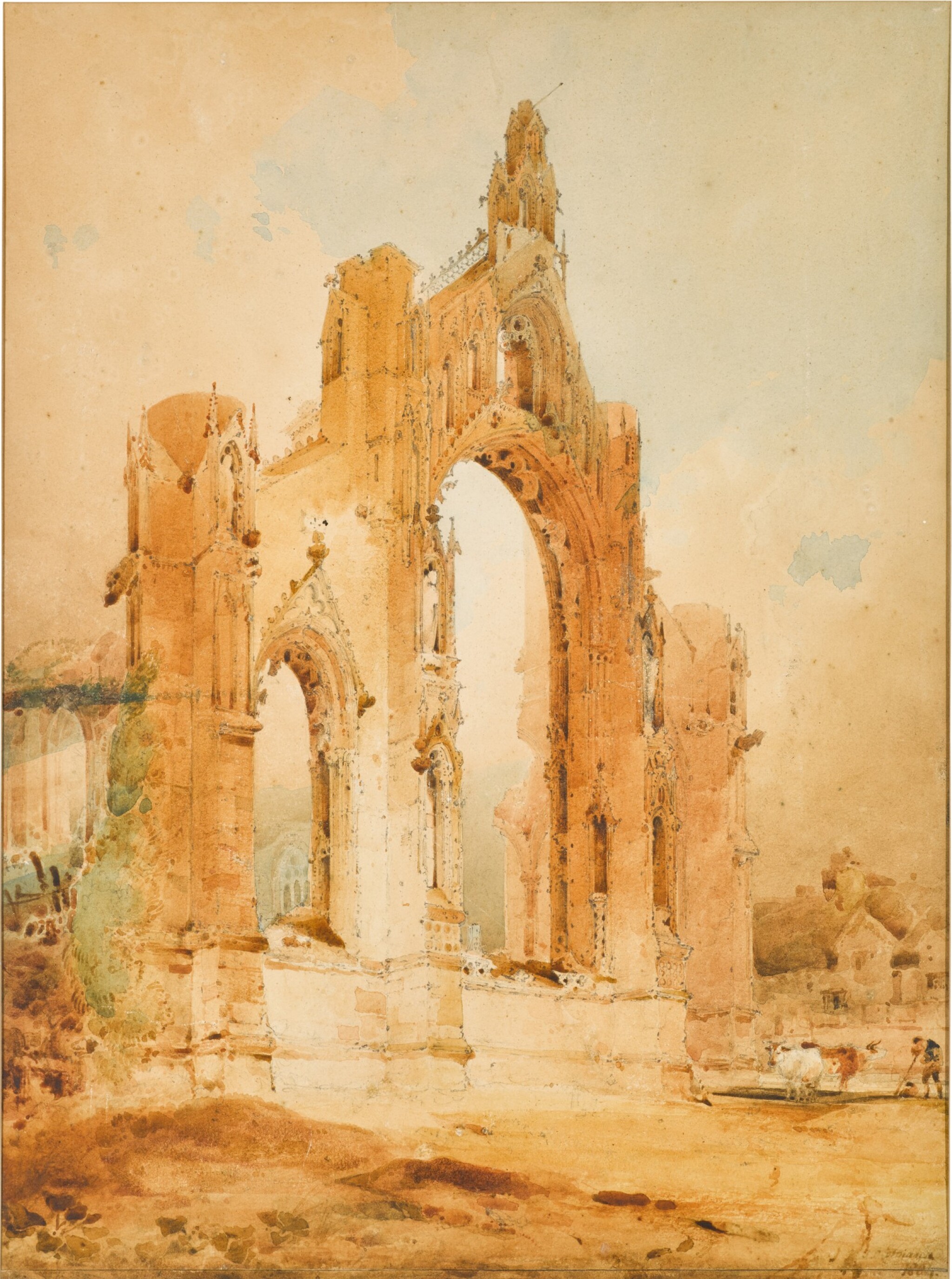 Some of the pigments have faded in this watercolour. The sheet has yellowed with time and there is scattered foxmarks. The sheet is laid down.

In the summers of 1803, 1804 and 1805, John Sell Cotman made successive trips to Yorkshire, where he stayed as a guest of Mr and Mrs Francis Cholmeley of Brandsby Hall, near York. The Cholmeleys had four daughters for whom Cotman acted as Drawings Master but he was also able to use his time at Brandsby to carry out excursions to a wide variety of sites in both Yorkshire and County Durham.

The ruins of the Minster of St Peter are situated about halfway between York and Hull and Cotman is known to have visited there in 1803. He was clearly impressed, as he created a number of important works centering on the subject.

In 1804 he exhibited a watercolour - possibly the present picture - under the title East Window of Howden Church at the Royal Academy. There is a finely worked-up pencil drawing, probably executed in 1804, that survives at the Yale Centre for British Art, New Haven. While, in 1811, he produced a large etching of Howden, taken from the same viewpoint as the present lot, as part of a series of etchings which he hoped would cement his reputation.1