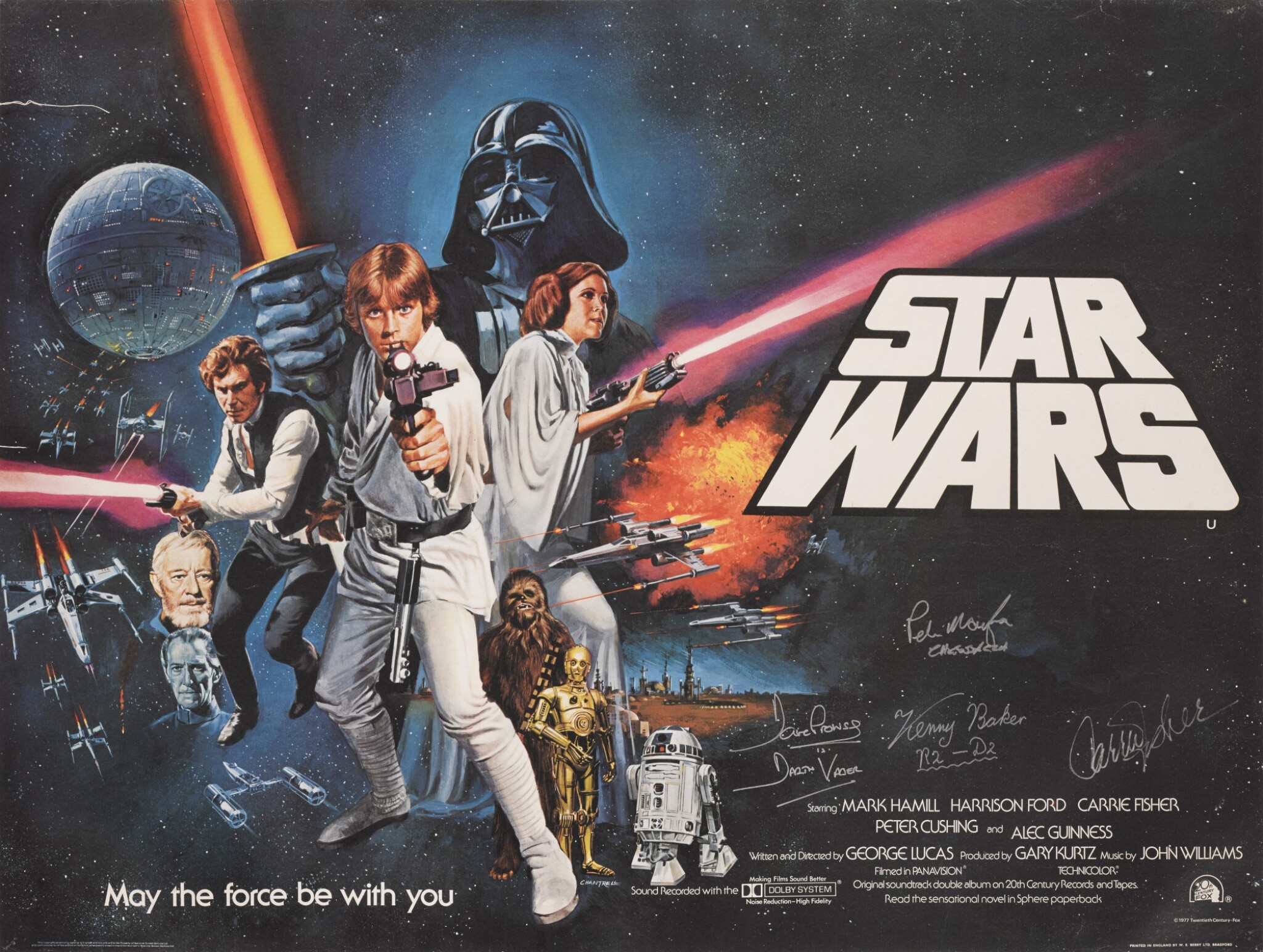 This poster is highly sought-after in its own right. The addition of the signatures elevates it to another level.

It is rare for anyone to have an original poster signed, as the majority of signatures are on pieces of paper, photographs and video/DVD sleeves. It is unusual to have the film's poster with you when you try to obtain signatures.

This was where it all begun back in 1977, when George Lucas brought us the beginning of the Star Wars empire.

Very good condition, colours remaining very bright, minor restoration to folds and some creasing around the edge of the poster. There are three creases in the top right-hand corner of the poster in the dark background, that do not affect the main artwork.