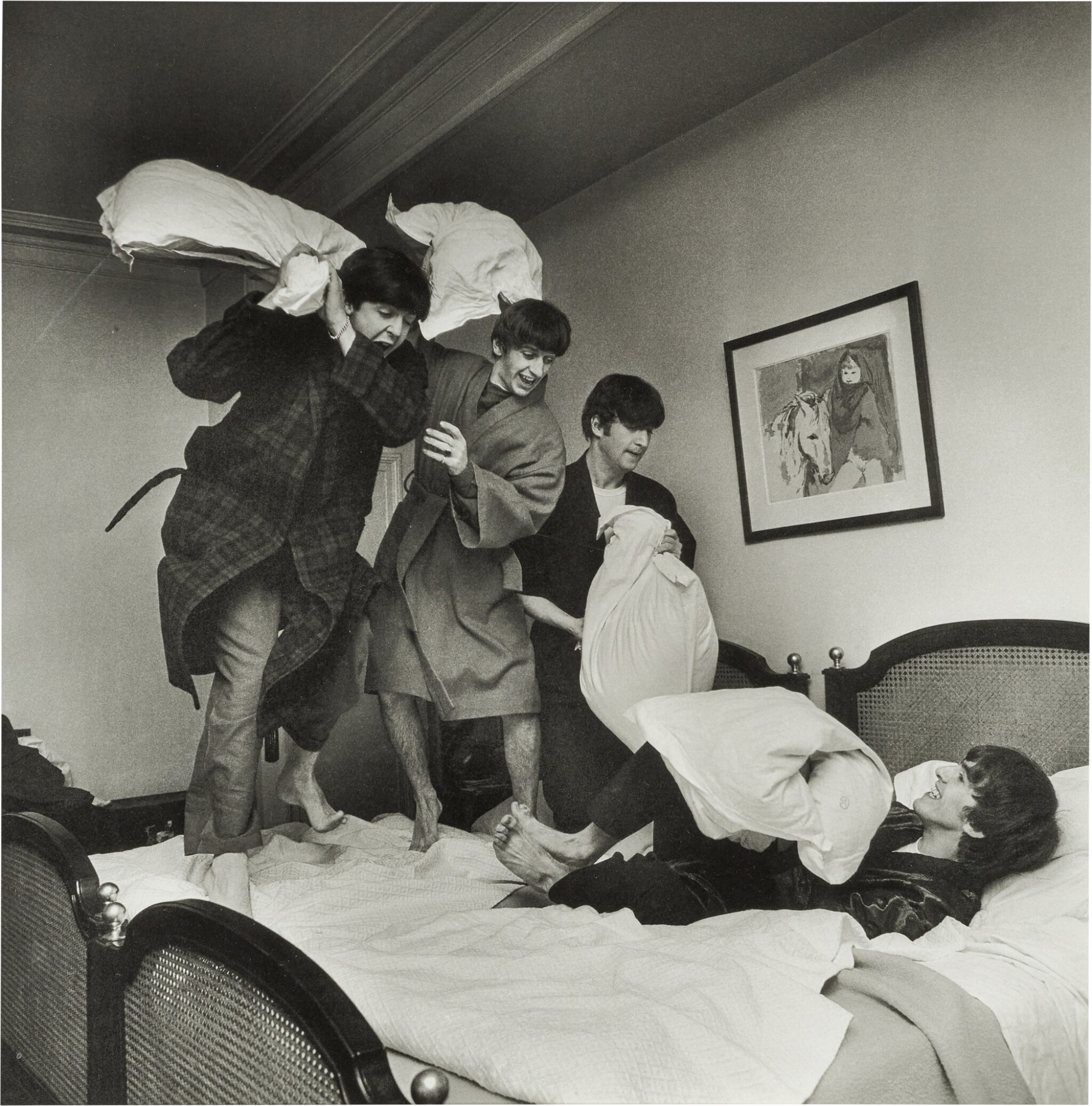 Please note the colours and shades in the online catalogue illustration may vary depending on screen settings.

These twelve prints are in generally excellent condition. Upon close examination, the following are visible on some of the prints: minor handling marks, gentle rippling along the edges and faint corner wear.

Further condition notes are as follows:

-‘George In An Amsterdam Hotel Room, June 1964 ‘: a superficial scratch that does not appear to break the emulsion at the upper centre and a soft handling mark in the lower left corner of the image.

The plates are as follows: