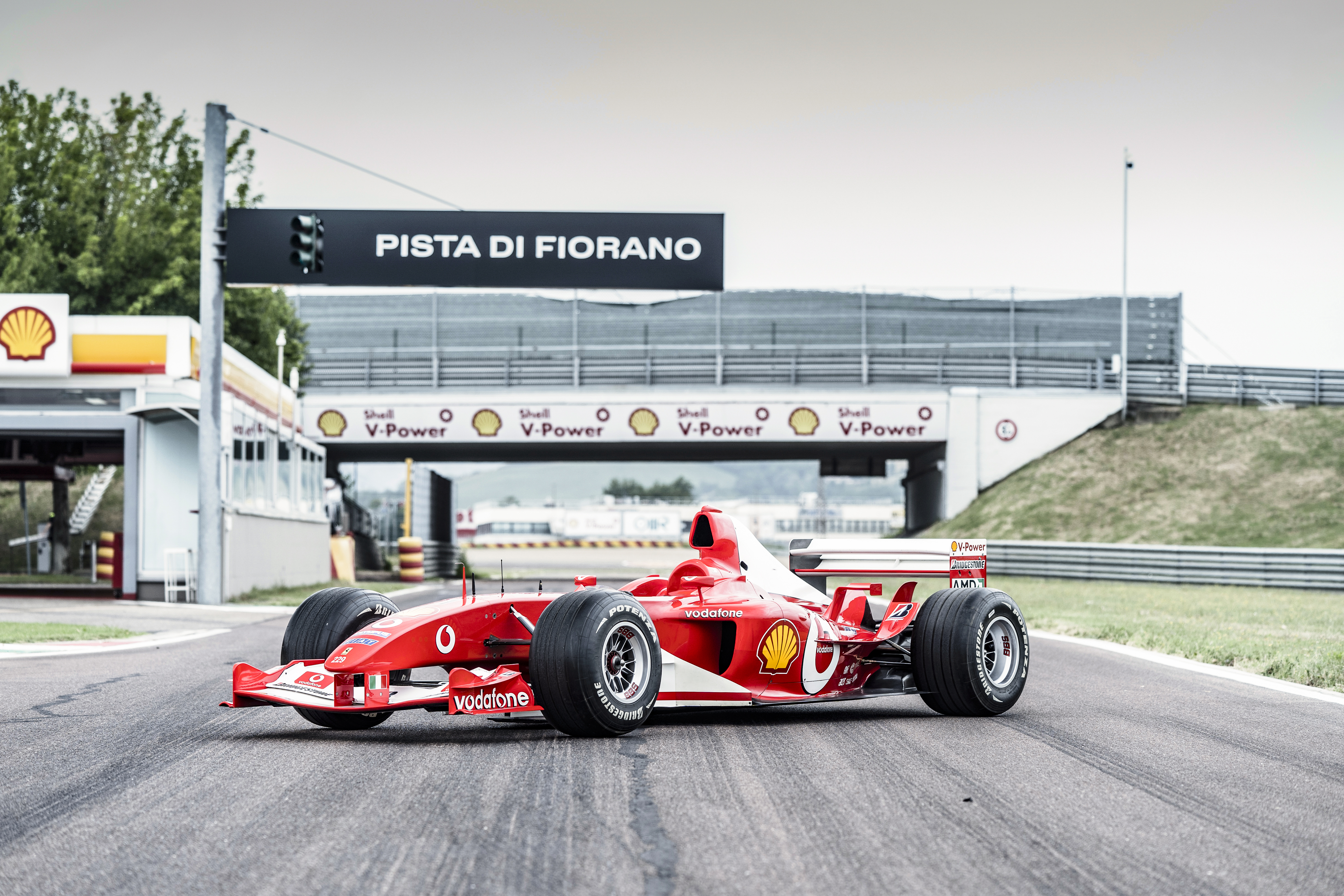 Documents : Bill of Sale Only

For further information on the condition of this lot please contact CDeBartolo@rmsothebys.com

This 2003 F2003-GA is the very car in which Schumacher clinched his sixth World Championship title. It is also the most successful Ferrari F2003-GA Grand Prix car ever built.

The model, entitled with initials honouring late Fiat boss Gianni Agnelli, was designed by Rory Byrne and Ross Brawn. The F2003-GA featured new developments including a longer wheelbase to improve aerodynamics. Ferrari’s intention for the F2003-GA had been to optimise its set-up on the Bridgestone rubber by shifting its weight bias to the rear during qualifying in order not to overheat the front tyres, then moving it forwards for the race in order to reduce wear on the rears. Boasting one of the final V-10s featured in Formula One, the car produces 930-bhp and a rev limit of an astonishing 19,000 rpm.

Chassis 229 is by far the most successful of the six F2003-GAs that were built and is one of only four Schumacher-era Ferrari Formula 1 chassis with five wins or more in a World Championship winning season.

Not only did chassis 229 play the crucial role in powering Michael Schumacher to his sixth title—a total that took him past the long-standing record of five-time World Champion Juan Manuel Fangio—it was also the most influential chassis in helping Ferrari to win its historic 13th Constructors’ Championship. To own a Scuderia Ferrari Grand Prix car of any generation is a rare and precious privilege; to have the chance to purchase one of the most successful Prancing Horse-badged Formula 1 cars from the team’s most dominant era is a true once-in-a-lifetime opportunity.

Presenting today as one of the most significant and historic cars from a golden period in the Scuderia’s history, chassis 229 has been awarded Ferrari Classiche’s “Red Book” Certification and has been recently overhauled in 2022 at the Maranello factory. Its legendary 3-litre V-10 engine has been run for only 148 miles since then, and all the major components—including the gearbox, clutch and hydraulic system—have covered only a small percentage of their current lifecycle, as it is documented in the “Current Car Status” data sheet provided by Ferrari and available on file.