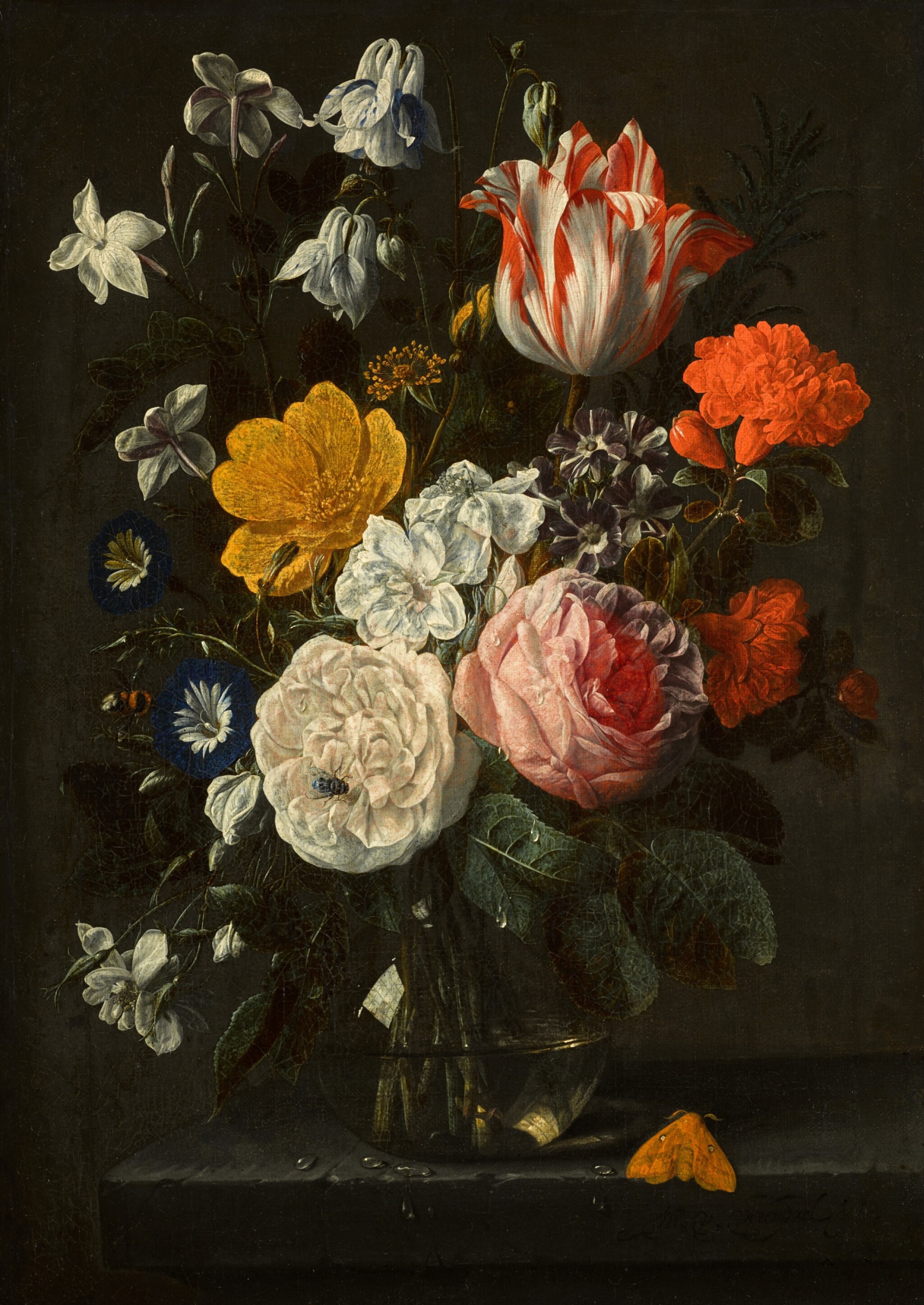 The following condition report is provided by K&S Conservation Ltd. who are external specialists and not employees of Sotheby's:

The painting is presumed to be painted in oil on a single medium-weight, plain weave canvas, which has been lined with glue paste on to a plain-weave canvas of a lightly coarse weave and weight. The edges have been covered with brown gummed paper tape. The lining is sound. The canvas is in plane, and the tension adequate. The keys are all present and secured with string to the stretcher. The paint and ground layers are stable, with no signs of flaking or recent losses. The current restoration was skillfully executed some time ago, with only minor corrections undertaken recently. The existing varnish and the retouching have not discoloured or degraded to a significant degree. The surface gloss is even and saturating.

From whom acquired for the Grasset Collection.

S. Thomas, A Feast for the Eyes, European Masterpieces from the Grasset Collection, exh. cat., Saint Petersburg, Florida 2019, pp. 88–89, no. 39, reproduced in colour.

San Diego, The San Diego Museum of Art, Brueghel to Canaletto, European Masterpieces from the Grasset Collection, 2 April – 2 August 2016, no. 25;

Saint Petersburg, Florida, Museum of Fine Arts, A Feast for the Eyes, European Masterpieces from the Grasset Collection, 23 March – 2 September 2019, no. 39.

This well preserved assortment of exotic and local flowers by Nicolaes van Verendael is a signed work dating to around 1671.1 Paintings such as this have been held up as fine examples of the artist's ‘proto-Rococo sensibility’, containing graceful qualities which foreshadowed still-life painting of the next century.2Born in Antwerp in 1640 to the painter Willem van Verendael, the artist joined the Guild of Saint Luke in the city at the age of seventeen. His performances in still life commanded the respect of his contemporaries, as he is known to have collaborated with David Teniers the Younger, Carstian Luyckx, Gonzales Coques and Jan Davidsz. de Heem. Although his works build upon the example set by Daniel Seghers and Jan Brueghel the Elder, Verendael's graceful compositions and naturalistic approach set the foundations for Flemish still lifes for the next century, realised fully in the works of his pupils, such as Jean-Baptiste Morel.

Alongside roses, tulips, Spanish jasmine, morning glories and carnations are more local flowers such as viburnum, periwinkle and honeysuckle. These are contrasted with a brightly coloured marigold and a yellow moth, precariously balanced on the ledge.

The attention to detail in each petal, leaf and droplet is remarkable in its preservation. In observing such fine minutiae, it is clear why Verendael gained a reputation as a slow worker. A few decades after his death the painter Jacob Campo Weyerman (1677–1747) recounted that he had been told that the artist took no fewer than four days to paint a single carnation, a fact which displeased his impatient patrons.3 It is probably for its sheer quality that this work formerly bore a false signature to the more celebrated Jan Davidsz. de Heem, an inscription that survived until just over a century ago.

The painting is reminiscent of another painting dated to 1671, which was sold at auction in 1984 and was acquired for the private collection of Paul Mellon (according to the RKD).4

1 The painting's entry in the RKD explains that its dating to 1671 was suggested by Sander Erkens: https://rkd.nl/explore/images/198812