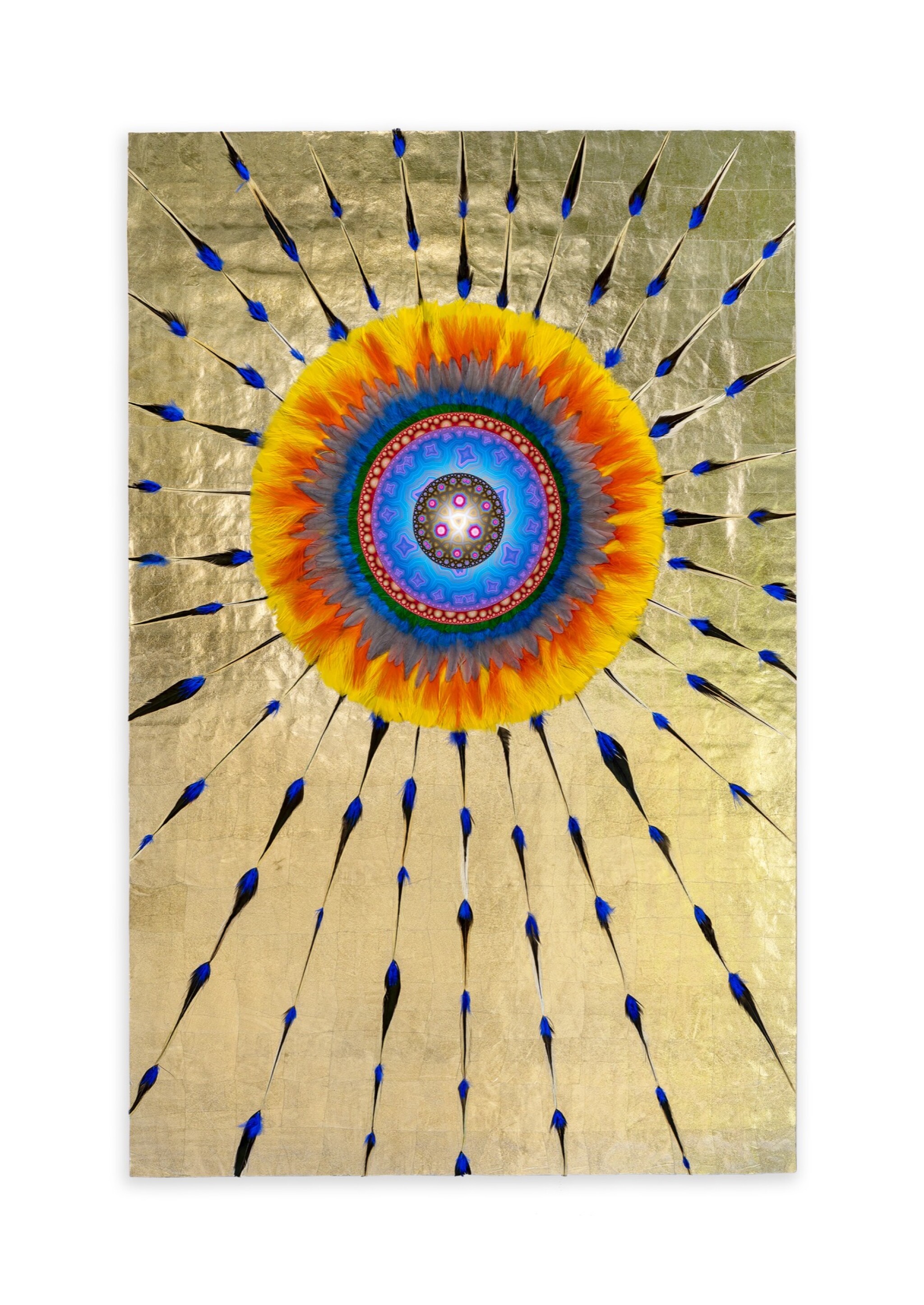 Courtesy of the artist and GAVLAK

Born Deyvi Orangel Peña Arteaga, using his moniker Jose Alvarez (D.O.P.A.), Alvarez (D.O.P.A.) creates mixed-media works on paper, videos, installations, and performances, through which he breaks down belief systems into intersecting components of science, spirituality, and mysticism. His works burst with psychedelic patterns, colors, lush floral imagery and traditional shamanic materials such as crystals and porcupine quills. They appear as hallucinatory portals into other realms, or send-ups of them—depending on the viewer’s perspective. He began his career through charismatic performances where he “channeled” the 2,000-year-old spirit of a shaman named Carlos. In front of live audiences around the world, Carlos’ performances and media broadcasts have been viewed by millions of people in the United States, China, Australia, Europe, and South America.

Alvarez (D.O.P.A.) has performed and exhibited at The Norton Museum of Art in West Palm Beach, the Whitney Museum of American Art, The Kitchen in New York, NASA Johnson Space Flight Center, Parkes Radio Telescope in Australia, Gavlak Gallery in Los Angeles and Palm Beach, Marlborough Gallery in New York, The Moore Space in Miami, Ratio 3 in San Francisco, Jeffrey Deitch in New York, the Yerba Buena Center for The Art in San Francisco, Taubman Museum of Art in Roanoke, Beth Rudin DeWoody’s The Bunker Artspace in West Palm Beach, The Kemper Art Museum in Kansas City, and the San Antonio Museum of Art in San Antonio, Texas, among others. In 2020, he was included in A Very Anxious Feeling: Voices of Unrest in the American Experience at the Taubman Museum of Art; he created for the Sarasota Art Museum, an impressive 10.5 × 78 foot vinyl mural, his largest vinyl mural to date; and he was included in a group presentation by GAVLAK at The Armory Show as well as creating his largest painting to date, The Life Within You, a 9’ L × 24' W tour de force for The Core Club in NYC.