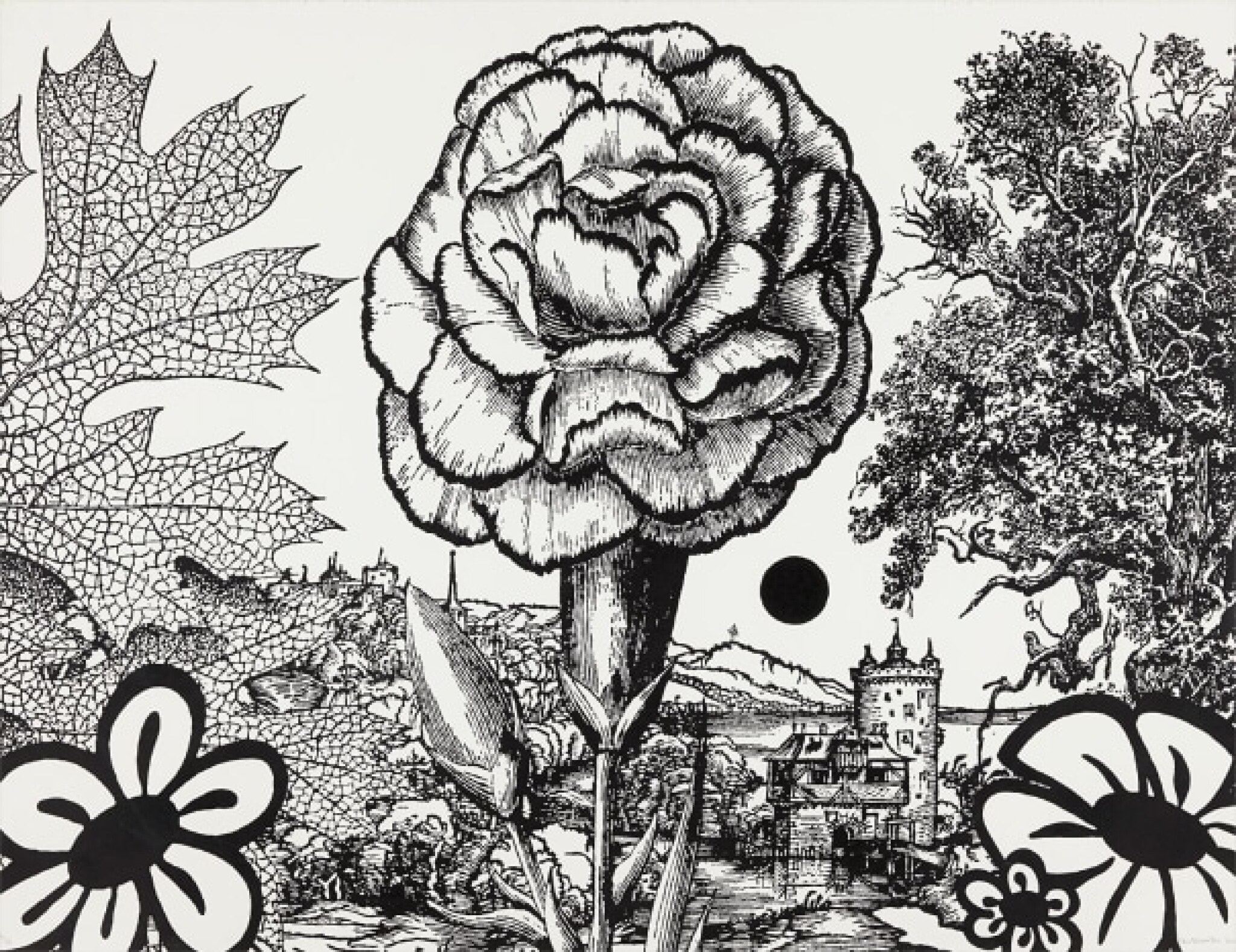 Paul Morrison is a contemporary British painter best known for his methodical black and white floral paintings and prints. His works are produced through a process of scanning and projecting historical and vernacular prints and illustrations depicting flowers and gardens. “I'm interested in cognitive landscape, the terrain that one sees, somewhere behind the eyes,” he’s said of his work. b. in Liverpool, United Kingdom in 1966, Morrison received his MFA from Goldsmiths College of Art in 1998. He was awarded the 2002 Jerwood Painting Prize and has exhibited at the Hammer Museum in Los Angeles and Cheim & Reid in New York. The artist lives and works between London and Sheffield, United Kingdom. Morrison’s works are held in the collections of the Fitzwilliam Museum in Cambridge, the Victoria and Albert Museum in London, The Museum of Modern Art in New York, and the Städel Museum in Frankfurt.