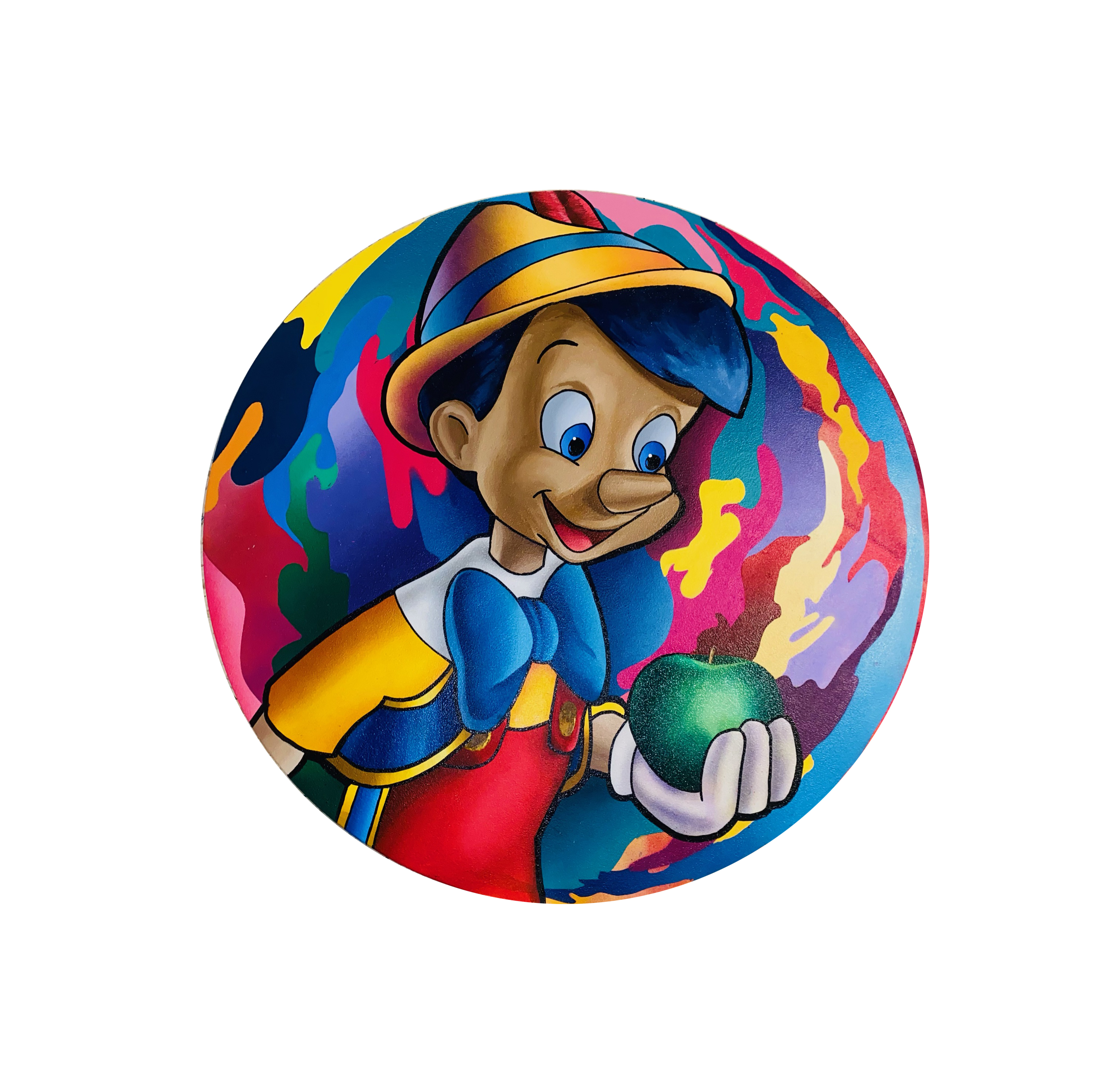 Acrylic and spray-paint on canvas

Courtesy of Avant Gallery and the artist

Oft referred to as “The Fresh Prince of Street Art,” Skyler Grey (b. 2000, Los Angeles) defines Contemporary Pop Art for a new century. His bold figurations freely appropriate iconography such as Mickey Mouse, Karl Lagerfeld, Popeye and Batman alongside luxury brands Chanel, Louis Vuitton and Hermes. These maximalist compositions deftly combine silk-screens, acrylic, spraypaint and surfaces flocked with diamond dust. While the legacies of artists such as Jean-Michel Basquiat and Keith Haring inform Grey’s practice, he experiments freely, upending traditional notions of painting and presentation in a singular vocabulary which speaks to his experience as a young Black male in modern America. His new series, “America the Beautiful” is situated as a two-act body of work which draws from comic book heroes and champions of the Saturday morning cartoon.

Skyler Grey found his way to art by way of catharsis. Enrolled in art classes at an early age following his mother’s untimely death, Grey funnels raw emotion into the stock imagery of consumerism. In 2019, Grey was commissioned to design and paint a unique Aventador S model by the Italian luxury sports automobile brand, Lamborghini. Only 19 years old at the time, he is the only artist to have ever touched a brush to a Lamborghini vehicle, let alone “the first legal street art on wheels” (Forbes Magazine, 2019.) In 2014, Grey was honored by Black Entertainment Television (BET) for his contributions to the community. In 2018, Grey was the official artist of the MLB All Star Game in Washington, D.C., which involved a special collaborative mural with Baseball Commissioner, Rob Manfred.

Grey’s work has been exhibited extensively at Avant Gallery (Miami and New York), at international art fairs inlcluding Art Miami, Scope Basel, and Palm Beach Modern + Contemporary; at a charity exhibition at the Norton Museum of Art (Palm Beach, Florida), Trace Gallery (Switzerland), Graffik Gallery (London). His work is included in numerous private and public collections, including the University of Michigan Museum of Art, and Coral Springs Museum of Art (Florida). Among others, his work has been covered extensively in The Los Angeles Times, Forbes Magazine, Miami New Times, Paper Magazine, ArtNet, and The New York Post’s Page Six.